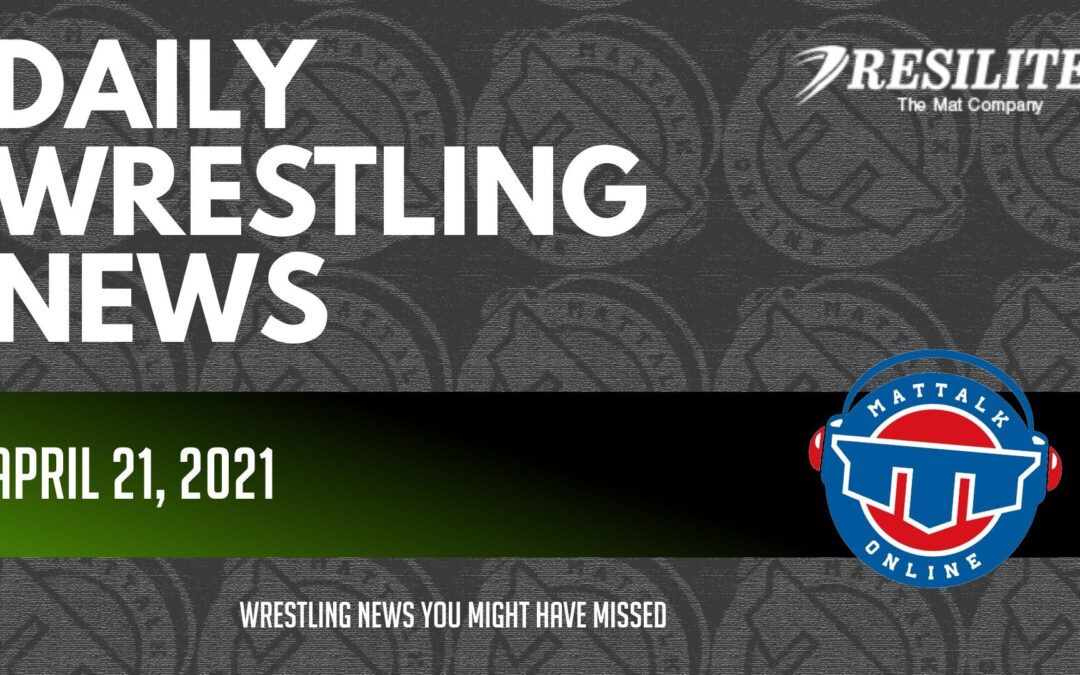 Taking his experiences as an Olympic wrestler and paying it forward, Kevin Bracken is serving as a mentor to the young wrestlers who have recently qualified to represent the U.S. in the summer Olympics in Japan.

In a colossal battle of titans, Taha AKGUL (TUR) avenged his ’19 world finals loss to Geno PETRIASHVILI (GEO) and kept his hopes of winning an eighth continental title alive.

A Cienega High School volunteer has been arrested after police say he is responsible for selling illegal substances to students.

Ahead of the 2021 fall season, LHU head coach Scott Moore has announced the 2021 wrestling recruiting class.

The NCAA Wrestling Rules Committee recommends rules changes that allow the referee to correct timing errors when that referee has reasonable knowledge of the correction that needs to be made.

He’s a three-time state champ in wrestling. But Poquoson’s Karon Smith has emerged as two-way star in football. – The Virginian-Pilot

Poquoson’s Karon Smith made his name on the Bull Island as an individual state titlist in each of the Islanders’ past three Class 2 wrestling tournament championships. But surprisingly, Smith’s favorite sport is football.

Cross Early put on his green ankle bands, hopped up and down a few times, and brushed his hair to the side before shaking hands with his opening-round opponent at USA Wrestling Folkstyle Nationals on April 2, 2021. His mother, Angie, watched nervously from her home in Clanton, Alabama.

The National Wrestling Hall of Fame, USA Wrestling and FloWrestling on Tuesday released the sixth national rankings for high school girls wrestlers for the 2020-21 season.

States will have a choice of 12, 13 or 14 weight classes for both boys and girls competition in high school wrestling, effective with the 2023-24 season.