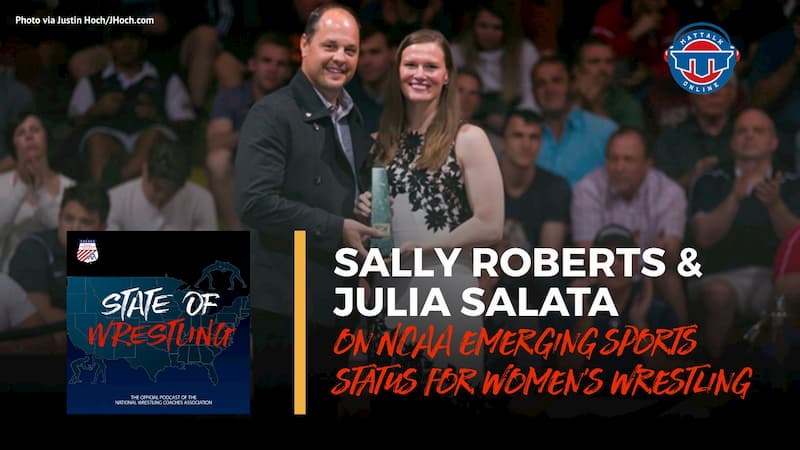 At the recent NCAA Convention in Anaheim, California, one piece of legislation wrestling leaders had their eye on was the vote on Emerging Sports status for women's wrestling. With 32 NCAA member schools fielding varsity wrestling programs, it seems as if it would only be a matter of time before women's wrestling became an NCAA sport.

On Episode 3 of State of Wrestling by the NWCA, Sally Roberts and Julia Salata of Wrestle Like A Girl talk about the recent approval among Division II and Division III membership in approving women's wrestling as an emerging sport and what the future of women's college wrestling at all levels. Both explain their experiences wrestling in college in different eras and how the momentum continues to push forward with the aid of groups like the NWCA, USA Wrestling, the National Wrestling Hall of Fame and the Women's Sports Foundation.