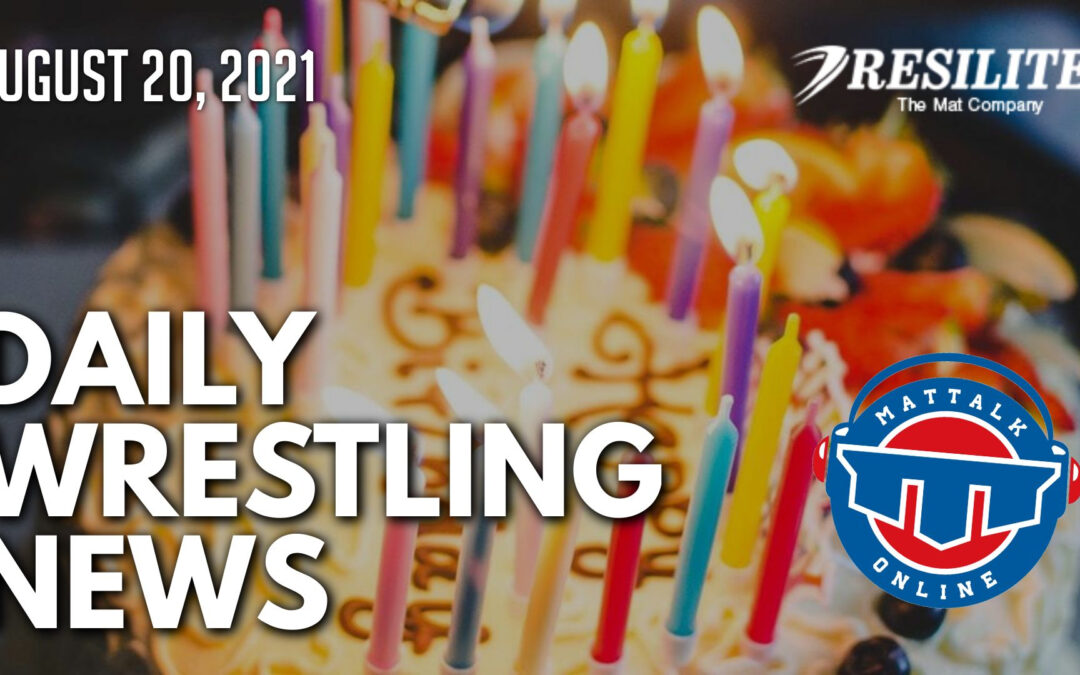 The University of Tulsa to Consider Adding New Sports: Why Wrestling Should be it – Owrestle

According to Kelly Hines of the Tulsa World, the University of Tulsa Athletic Director Rick Dickson has said the school is considering adding new sports in an effort to grow enrollment.

Amit ELOR (USA) clearly remembers the day when she last gave up a point on the wrestling mat. In 2019 at the Cadet World Championships, she lost 3-1 to Honoka NAKAI (JPN) in the semifinals and ended with a bronze medal.

As we hit the midway point in August and the collegiate regular season is within arms reach, it's almost time for preseason rankings.

As we hit the midway point in August and the collegiate regular season is within arms reach, it's almost time for preseason rankings.

Running down the INSANE start to the US women's freestyle junior world championships. The women go 3 for 3 in the finals. There is more business to handle tomorrow for the ladies as well as the Junior Greco team!

Check out the team scores heading into the final day of the 2021 Junior World Championship and what Team USA needs to do to win the title.

Director of Athletics John Sutyak has announced the hiring of Jared Costa as Assistant Men's Wrestling Coach at Ferrum College. Costa will work under Head Coach Logan Meister '17, who is in his first year leading the program.

Whether in competition, planning or pointing the way forward, Walter Teike had little problem setting examples for the wrestlers on the high school teams he coached at Spencerport.

The 2021-22 Northern State wrestling schedule is now live on nsuwolves.com. The Wolves will face-off 14 duals and four opens, running November through March. NSU opens the year at home on November 11 at 7 p.m. versus Concordia Moorhead.

UFA, RUSSIA – Wrestling Canada Lutte’s (WCL) team represented the country well as they competed in one of the very few tournaments since the beginning of the COVID-19 pandemic.

This week's Always Aggressive Podcast features Purdue wrestling senior Max Lyon, who joins the show to discuss returning for his fifth year, how he spent the summer of 2021 and what lies ahead for the Iowa native.

The Board of Directors of the Lehigh Valley Wrestling Club (founded in 2000 as the Lehigh Valley Athletic Club) is excited to announce the appointment of Kerry R. McCoy to a newly established position of Executive Director and Head Coach, effective October 1, 2021. The announcement was made jointly by new Chairman and local businessmen, Travis Doto and Michael J. Caruso.

If the saying “Summer Wrestling Makes Winter Champions” is true, then a record number of Oklahoma wrestlers are set for big things this winter!

Early registration has closed for the World Team Trials, which will be held in Lincoln, Neb., September 11-12. A total of 238 entries have already signed up, with numerous top stars registered to compete in the 22 weight classes being contested.

For the first time in history, Team USA has multiple Junior World champions in women’s freestyle as Emily Shilson, Amit Elor and Kylie Welker won gold on Thursday at the 2021 Junior World Championships in Ufa, Russia.

Since winning gold, Gable Steveson has been everywhere, which is exactly how he wants it | kare11.com

Since winning his gold medal at the Tokyo Olympics 2 weeks ago, Gopher Wrestler Gable Steveson has been pulled in a lot of directions.

Nick Gwiazdowski is a 2x World Bronze Medalist and a 2x NCAA champion. His senior year, he had an epic showdown with Kyle Snyder. Recently, Nick moved to the Spartan Combat RTC after spending nearly a decade at North Carolina State.

All 10 wrestlers on the U.S. Greco-Roman team received draws for the 2021 Junior World Championships, which starts Friday in Ufa, Russia. Action begins at 2 a.m. ET live on FloWrestling.

Longtime SUNY Brockport Wrestling Coach Don Murray has stepped down from his coaching responsibilities. Murray has served as the head coach of Brockport's wrestling program for the past 51 years. His success during that period included five NCAA team national championships, 27 individual national champions, and 147 All-Americans. He was the longest active tenured coach in any sport in NCAA Division III.