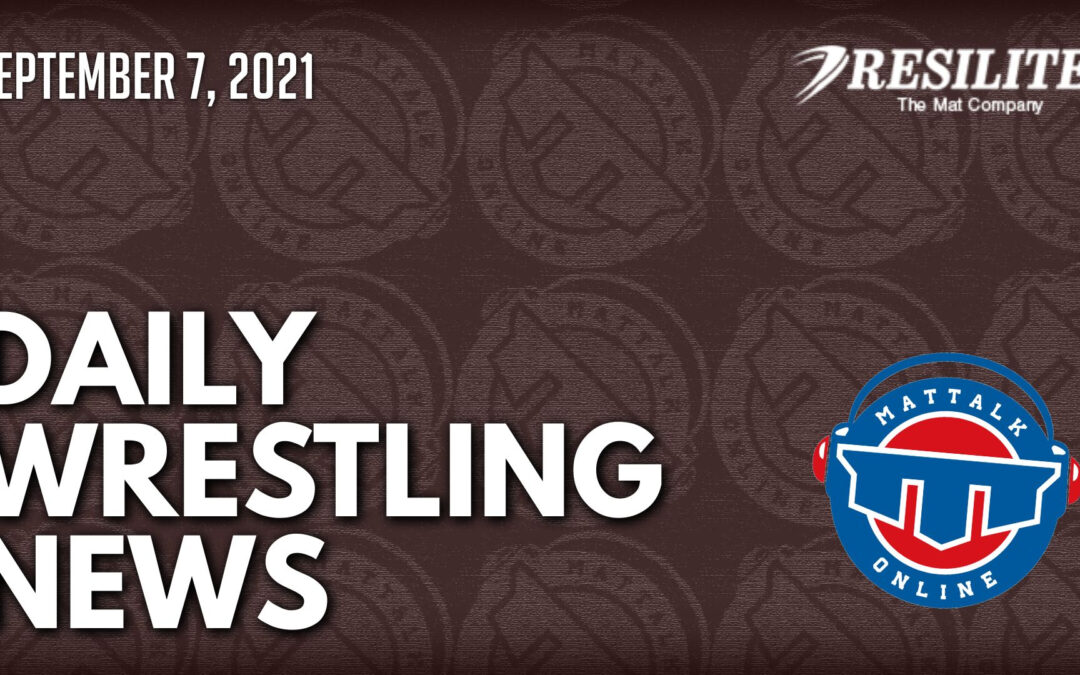 Taylors Eastside won its fifth straight state team title and Simpsonville Hillcrest won its third in a row. Iva Crescent snapped Bamberg-Ehrhardt’s three-year title streak, and, along with 3A champion Honea Path Belton-Honea Path, both came down a classification from 2020 in what was a reclassification year.

For the second consecutive year, Coach Signorelli and the Alfred State wrestling program spent a morning giving back to the college and the Alfred Community. 36 members of the program participated in the cleanup event.

In a rematch from May, either Hanna Errthum or Janida Garcia will be able to call themselves the #1 wrestler in the country at 132 lbs after WNO.

The Labor Day weekend was not one of rest for the Northern Iowa coaching staff. Doug Schwab's crew landed not one, but two stud lightweights over the past two days.

And we’re back to senior women’s freestyle (WFS) wrestling competition. This time its for the Team USA World Team at the 2021 World Team Trials (WTT)!

Joey Levallee (79kg) and Jordan Wood (125kg) will represent the LVWC at the 2021 Senior World Team Trials will be held at the Pinnacle Bank Arena on September 11th-12th!

Life Pacific Men's Wrestling heads into the 2021-22 season with the addition of 4 new Warriors: Joshua Paz, Malachi Dowdell, Arthur Martinez III, and Chris Calderon . Led by Coach Roye Oliver, the Warriors will continue to build upon their competitive reputation in the Cascade Collegiate Conference. Read more below on the new additions to our Men's Wrestling program:

Complete list of USA Wrestling sanctioned events for the next three months, as September 6, with 29 events so far – TheMat.com