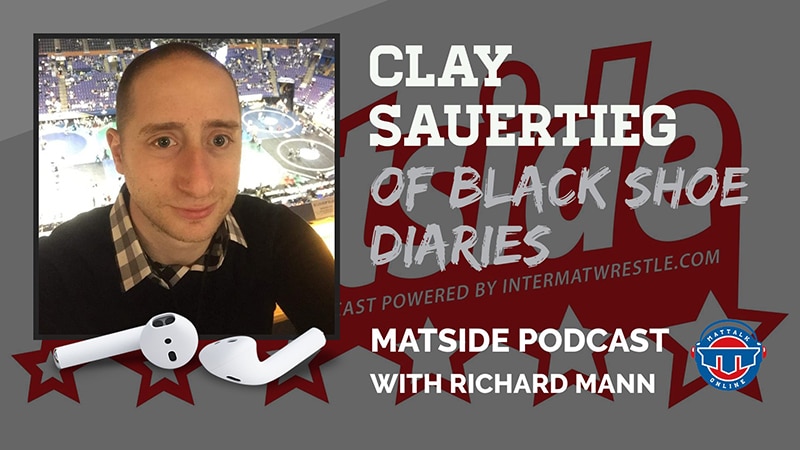 Last Friday's dual meet between Penn State and Arizona State featured a match between the last two champions at 174 pounds. In the fourth collegiate meeting, Mark Hall evened the series against Zahid Valencia with a dominant 4-0 decision. To discuss the match and the season outlook for Penn State, Richard Mann chats with Clay Sauertieg of Black Shoe Diaries who was in Rec Hall for the match. In addition to the Hall vs. Valencia match, Richard and Clay discuss the start of Roman Bravo-Young's collegiate career, Brady Berge's postseason prospects and the Anthony Cassar new home at heavyweight.

SUPPORT THE SHOWS
And if you're a fan of the extensive and broad-based reach of the shows on the Mat Talk Podcast Network, become a TEAM MEMBER today. There are various levels of perks for the different levels of team membership. If you like wrestling content — scratch that — if you LOVE great wrestling content, consider becoming a team member. You'll get some cool stuff too.