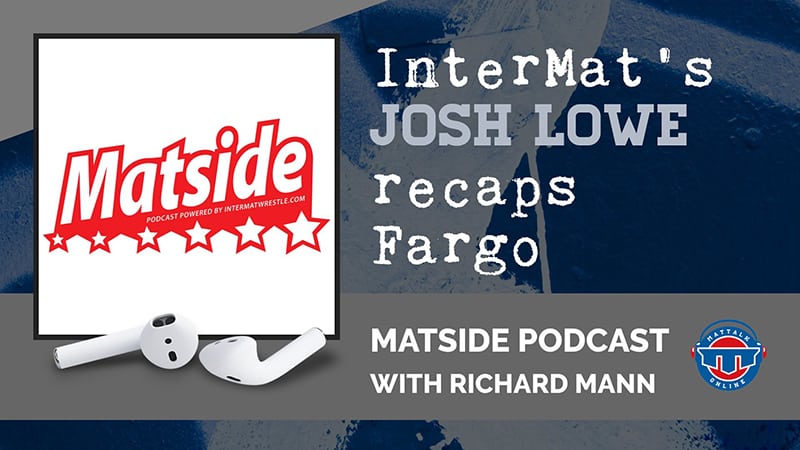 Matside is back. For the second episode Richard Mann welcomes InterMat High School Analyst Josh Lowe to the show to look back at the Fargo freestyle tournament. Discussion topics include Anthony Cassioppi's run at heavyweight and chances as a true freshman at Iowa, Mason Parris' status as a prospect, the state of the Northwestern rebuild with incoming freshmen Jack Jessen and Lucas Davison, Carson Kharchla's surprising run and where he might end up for college, Travis Wittlake's path back from injury, Cullan Schriever as the future for Iowa, the current recruiting environment in Iowa, Jaden Abas storms through the backside, turning recruiting into success at Stanford, and the performance of Ohio State's incoming class.

Looking to start a podcast of your own? Get a free month with Libsyn by using the promo code MTO when you sign up. You'll get the remainder of the month from when you sign up as well as the next month free. It'll be enough time to kick the tires and lights some fires.