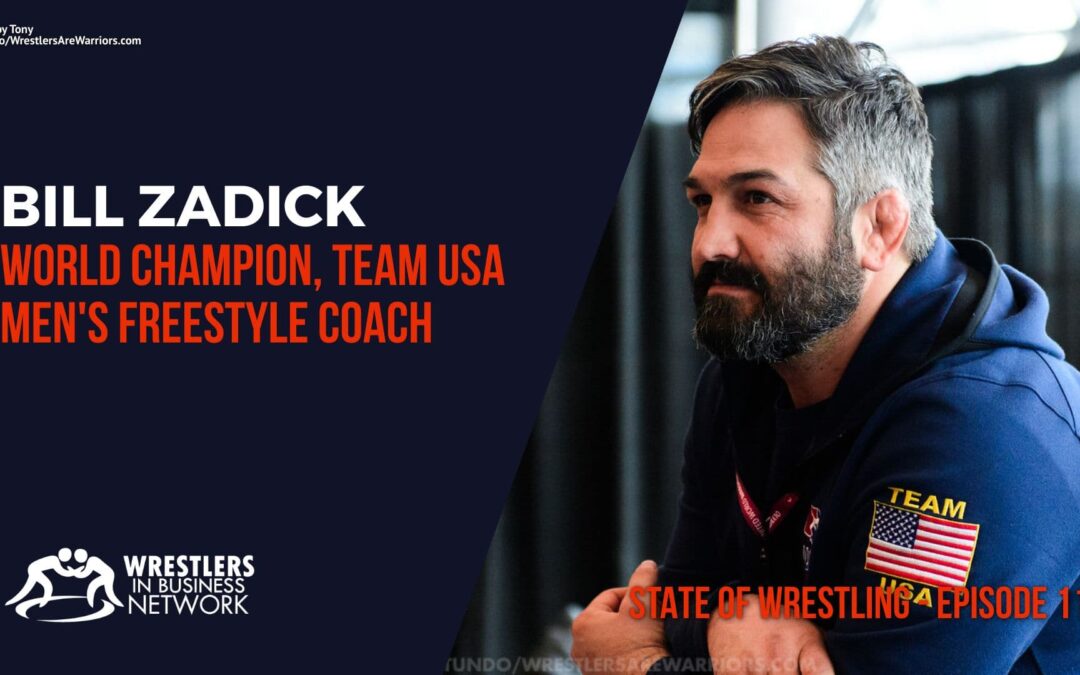 On March 11, World Champion and current Team USA Men’s Freestyle wrestling coach Bill Zadick joined the Philadelphia Chapter of the Wrestlers in Business Network for a virtual speaking engagement. Zadick discussed the landscape of freestyle wrestling, the rise back to prominence for Team USA, how he’s worked with a network of coaches around the country to build the team and how his day-to-day operations as a national team coach compare and contrast to working in business.

Zadick also talks about his career as a wrestler and what’s driven him as a coach heading into the next Olympic cycle. He’s also talked about being a new father and how the work-life balance is important in the high pressure world of coaching.