Bryant Blog: I’m apparently the last one to get the memo 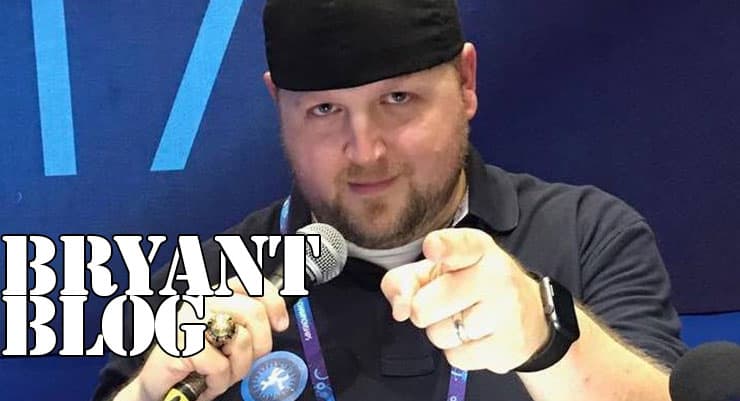 I never really did a ton of “investigative” journalism. I've always kind of spent most of my time within sports either writing game coverage, feature stories or compiling news and scores to make things easier — and for the last 22 years, wrestling has been a primary focus. This Marina Goocher situation with the NCWA is frustrating because I see people writing stories, who (in theory) have the same training and background as I do, failing to adequately present both sides.

This situation with the ACLU and the NCWA is problematic to me because I can see, although my stance is openly and unapologetically biased for the wrestling, reporters are just mailing it in or putting their personal agendas before the responsibility of being a true journalist. The rub here isn't with Goocher's allegations of discrimination against the NCWA on the basis she's a woman, it's rather how the media hasn't played this one how they should — balanced. The NCWA has fired back and no one seems to be taking notice, and those who are, aren't being honest with themselves or the industry.

We see this frequently in political coverage, but in sports, it’s supposed to be simple. Apolitical.

My old editors would have said “do it again.”

I loathe “getting after” journalists, but it's been known to happen. Nine times out of 10, when I see something that’s erroneous or factually questionable, I’ll look to contact the author and alert them of an error privately so they can fix, rather than draw attention to it. Most of the time, it's appreciated. Sometimes it's ignored. Such is life.

Then there’s the times I have to bite, publicly.

When key facts are constantly (purposely?) left out and key information isn't linked to the story, while another side's is — just makes me really sad. As a wrestling advocate, I can come off like a zealot at times, to the point where the uneducated would rather use the block button on Twitter rather than eyes and ears to understand the facts.

Last week, I e-mailed two writers from two different news sources in large metro areas covering the story. The Washington Post provided the most balanced reporting on the topic, not ready to blindly bite the apple the ACLU was feeding to the press. That was evident in their reporting.

The Detroit News, on the other hand, might have “presented” both sides of the story, but the slant was particularly evasive of the key points the NCWA was using to defend itself from, in my opinion, farcical claims of discrimination.

I haven’t tried to hide my persuasive social media posts and podcasts aimed at debunking deliberately misleading information. Is my goal to present both sides of the story? Not really. My goal is to present facts to the public they would be missing if they only consumed what they’ve seen from Google searches and retweets.

On November 9, The Detroit News again wrote a piece about Goocher, focusing heavily on one section of the NCWA’s 14-page retort to the ACLU, citing the NCWA said she should start her own team. Notably absent in story from The Detroit News was anything explaining the landscape of college wrestling or nowhere in either story did readers get told there were 30-plus other colleges offering women’s wrestling and she chose a school that didn’t field a varsity wrestling team. Unless I’m reading over it, I don’t see the words “student-run club” anywhere in either story. Club is mentioned three times.

Also absent was a link to the NCWA response, but there was a link back to the original story, which included the ACLU letter. When I went full snark on Twitter “fixing the headline,” I was told by the writer “links to both letters are getting worked on.” (See Image)

One was already worked on, it was in the initial story. I was also told in e-mail correspondence they had received the NCWA letter. It's 12 hours after my initial response on Twitter — no link to the NCWA's position. NONE. That takes less than a minute with today's websites.

Maybe semantics are less important these days. It’s clear context isn’t important either. Neither is giving the readers all the facts they should know, compared to only the facts you want them to know.

I got out of the newspaper industry in 2005 and the industry has changed significantly since then. I’m still a journalist, but the focus has changed over the years. We’re in a news world of paid and sponsored content showing up disguised as news, auto-play ads and videos and listicles. Even 10 years ago, we could still kind of know what’s news and what was an ad. Several of my podcasts are sponsored content, paid for by the teams and organization where I’m hired to provide a service.

Sports aren’t supposed to be political. That’s a pie-in-the-sky fantasy these days, especially when politics wants to stick its nose into sports.

Can we get outlets en masse to cover this fairly? It probably won’t happen. People just don’t seem as interested in the facts these days. I might have been the last one to get that memo.