Bryant Blog: Some facts, stats and figures about the upcoming World Championships 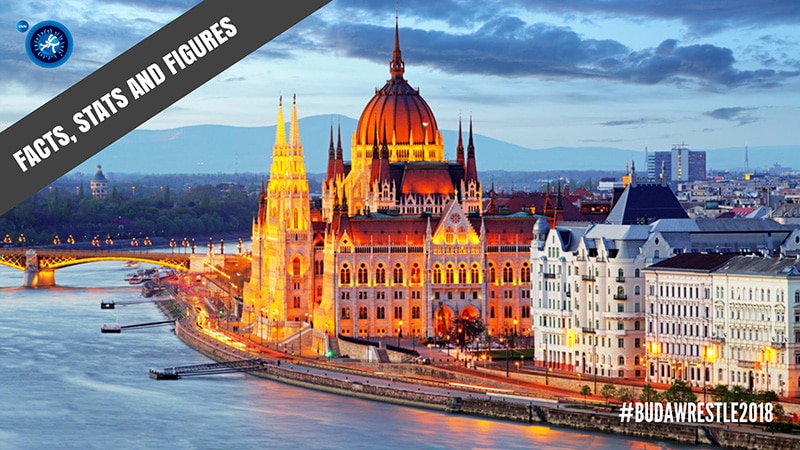 On September 8, 2013, the International Olympic Committee opted to keep wrestling in its Olympic programme. For eight months, wrestling factions from around the globe rallied to the oldest sport, amped up promotion, changed rules and provided a much-needed facelift to the international federation.Sat

Just two weeks after the announcement that re-engaged the sport of wrestling, the Hungarian capital city of Budapest kicked off a new era in wrestling. Gone were the best-of-three matches, ball draws and leg clinches. It was a wrestling revival. Five years later, Budapest is ready for another go at it. Here’s some notable facts, stats, news and notes to prepare you for #BudaWrestle2018.

NOTE: There’s over 800 athletes researched manually. The possibility of a mistake always exists. If you find something that doesn’t jive or I’ve missed something, drop me a line at jason@bryantwrestling.com so I can correct it accordingly.

A LITTLE BACKGROUND ON BUDAPEST

Budapest first hosted a senior-level World Championships in 1958 in Greco-Roman. The Hungarians would wait until 1985 to host again, this time hosting in men’s freestyle before hosting again in 1986 with both Greco-Roman and men’s freestyle. Although there was an Olympic silver medalist for Hungary in Greco-Roman wrestling named Laszlo Papp, it's not the same individual the Laszlo Papp Budapest Sports Arena is named. That honor goes to the younger Hungarian boxer of the same name, and definitely not the mysterious character who lives in Mitch Taylor's closet in Real Genius.

THE FIELD
Because some nations have listed one or more athletes on their preliminary entries, these figures do have some margin of error. It’s not intended to be absolute. In some cases, there’s more than one world medalist considered at the time the teams submitted their potentials to United World Wrestling. In some cases, it’s training partners who may be listed or alternates. With that in mind, here are some of the more interesting numbers from the Budapest preliminary entry lists.

Also of note, the on-again, off-again nature of the University World Championships and UWW’s institution of a U23 Worlds, old University Worlds information wasn’t used to compile these numbers.

Greco-Roman veteran Heiki Nabi of Estonia is a two-time world champion and finished with a silver medal at the 2012 Olympic Games in London. Frank Chamizo of Italy has two world titles and an Olympic bronze on his dossier in men’s freestyle, as does women’s freestyler Battsetseg Soronzonbold of Mongolia.

Vanessa Kaladzinskya of Belarus is a two-time world champion in women’s freestyle, while the always-exciting Frank Staebler of Germany has two world titles in Greco-Roman. Korea’s Ryu Han-Su is a two-time Greco-Roman world champion. And just a note if you thought it was Han-su Ryu – you’re not incorrect, but Korean naming conventions put the last name first, as do their neighbors to the north, China and Chinese Taipei.

There are five wrestlers who have two golds, one each at the World Championships and the Olympic Games: Hassan Yazdani Charati of Iran and Sharif Sharifov of Azerbaijan in men’s freestyle, Davor Stefanek of Serbia and Kim Hyeon-Woo of Korea in Greco-Roman and Risako Kawai of Japan in women’s freestyle.

Canada’s Eric Wiebe in women’s freestyle is the only returning Olympic champion who doesn't also have a senior-level world championship to their credit.

When looking at the Olympians in the field, there are 54 past Olympic medalists, including 14 champions, seven silver medalists and 33 bronze medalists.

There were rumors Cuban monster heavyweight Mijain Lopez would be coming back to compete. He was one of two Cuban wrestlers listed at 130kg, but word from UWW is he isn’t the entry for 2018. Lopez just turned 36 in August.

THE REST OF THE MEDALS

The above section focused on world and Olympic gold medals, here we break down the top overall medal winners currently competing at the 2018 World Championships. This medal count is for medals won at the senior World Championships and the Olympic Games.

Kayaalp enters the 2018 World Championships with nine career medals at this level. Including seven at the World Championships. He’s got three world titles to go along with two silvers and two bronzes. He was a silver medalist at the Olympics in Rio de Janeiro and a bronze medalist in 2012 in London. The seven world medals are tops among active competitors across all three styles.

Sweden’s Sofia Mattsson has returned to action after some time off. In 2009, Mattsson won what appeared to be her first senior world title, but as it turns out, it’s been the only one. Four other times she’s finished with a silver medal. She earned a bronze medal in Rio, giving her a total of six medals at the world/Olympic level, including the bronze she won in 2010.

Four wrestlers have five world/Olympic medals. Gray, as noted above, has three world championships to go along with bronze medals earned in 2011 and 2013. Maroulis has the two world titles and the Olympic gold, but also has a 2012 silver medal and a 2014 bronze medal.

Nabi did have the unique distinction of being awarded the 2013 world title after the fact after his finals opponent was popped for doping. His five medals are broken down with two world titles, a world silver, and Olympic silver and world bronze.

Georgia’s Vladimir Khinchegashivil has five medals: An Olympic gold, and Olympic silver and one of each color at the senior world level.

Q: Who are they, you ask?
A: Cuba’s Reineris Salas Perez has medaled four times at the World Championships in men’s freestyle. He’s come away with two silver and two bronze. Belarus’ Vasalisa Marzaliuk has four medals, with three of them bronze. Marzaliuk at least has a Junior world title to her credit. Salas Perez was a two-time Junior bronze medalist.

BUT THE TOTALS, MAN!
The addition of two weights and reshuffling of two of the three styles from weights in 2017 didn’t adversely impact the returning champions. Of 24 possible returning champs from last year, 20 are in the field for 2018, including all eight champions in men’s freestyle. Of the 24 silver medalists from a year ago, 17 across all three styles return, meaning 77 percent of last year’s finalists are in the field.

NOTHING BUT A NUMBER?

Haiti’s Asnage Castelly is the oldest wrestler in the field. Castelly, Haiti’s only wrestling Olympian in the history of the country, splits time between the United States and his native homeland. He turned 40 back in March.

The youngest wrestlers in the field come in at 17-years-old: Josh Failauga of American Samoa and Sota Okumura of Japan, although Okumura is one of two wrestlers listed on Japan’s initial entry list, so it’s not 100 percent confirmed he will be the entry in Greco-Roman at 77kg. Japan could also enter past Junior world bronze medalist Shohei Yabiku.

The average age across all athletes is 25.59, with the median age 27. The most frequent age (or mode, for you elementary school math snobs), is 24 for men’s and women’s freestyle and 27 for Greco-Roman.

There are 21 athletes who are over 35 set to compete. Castelly is the oldest, as noted above, but the oldest athletes with some notable accomplishments attached to their names are Hungary’s Peter Bacsi, Balasz Kiss and Marianna Sastin along with France’s Melonin Noumonvi. The three Hungarians are 35 and Sastin won her only world championship in 2013, the last time Budapest hosted a full World Championship. Noumonvi is 36 and will be taking part in his 16th World or Olympic team. He’s competed in three Olympic Games and won a world title in Tashkent, Uzbekistan in 2014 and previously earned a silver medal at the World Championships in Herning, Denmark in 2009 in Greco-Roman.

Now if there’s any sense of awesomeness to the draw at 97kg, it would be cool to see Kiss face off with Finland’s Matti Kuosmanen at some point in the tournament. Why? Kuosomanen won the Cadet Worlds in 2011. He was three years old when Kiss won his Cadet world title in 1998.

WHICH WEIGHT IS THE DEEPEST?
Again, we must consider when researching these individuals, so the numbers might eventually end up one or two lower, depending on who scratches and who gets the nod by each federation. In terms of medalists, there were only two instances – both in men’s freestyle – where a country actually listed two past world-level medal winners at the same weight. Japan had two at 61kg, and Iran at 92kg, so keep that in mind when looking at these totals of those two weights. There also may be situations where non-medalists will be entered over wrestlers who previously medaled internationally.

This list includes Olympic Games, Youth Olympic Games and World Championships at the Senior, U23, Junior and Cadet level

Now here's a breakdown of all senior-level world/Olympic medals won by those wrestlers preliminarily registered.

Did you find anything amusing? Are you ready for #BudaWrestle2018?