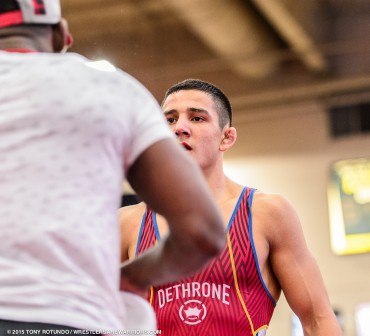 About a month ago, Aaron Pico wrestled Brent Metcalf at AGON V in Cedar Rapids, Iowa. It was a physical battle between an iconic Iowa Hawkeye who embodies the toughness of wrestling and a teenage phenom from California who is widely viewed as the heir apparent.

Many, including myself, believed this could be a preview to the U.S. Open, which just concluded this past week in Las Vegas. As we know, there was no rematch. There was no part two. There was no future meets present.

Well there was — but it involved another teenager — 19-year-old Kyle Snyder. The 2014 Junior World champion beat 2012 Olympic champion Jake Varner 2-1 in the finals in Vegas. The developing rivalry between Pico and Metcalf was left on the raised stage in Cedar Rapids, not on display in Las Vegas.