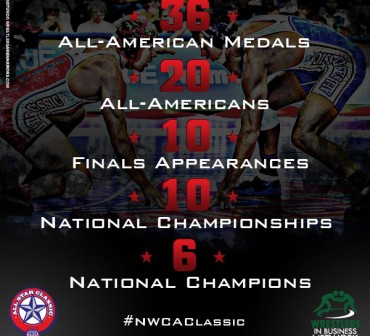 Back in 2011, Philadelphia hosted the NCAA Division I Wrestling Championships at the Wells Fargo Center. At the time, the remnants of the old Spectrum were still visible. The Spectrum, home of the Philadelphia Flyers and the 76ers for many a moon, was an iconic arena. Rocky movies used the arena as a backdrop and outside of New York’s Madison Square Garden and the original Boston Garden, the Spectrum was one of the nation’s most storied sports arenas.

On November 1, one of the most historic arenas in college sports, the Palestra, will host the 49th annual NWCA All-Star Classic, essentially kicking off the college wrestling season. The Palestra is synonymous with college sports. It’s the home of the “Big 5,” a five-team basketball rivalry that goes back to 1954. Villanova, Penn, LaSalle, St. Joseph’s and Temple comprise the Big 5 and the Palestra has been packed to the rafters for those historic battles. Wrestling will have a chance to showcase 10 battles in the hallowed gym.