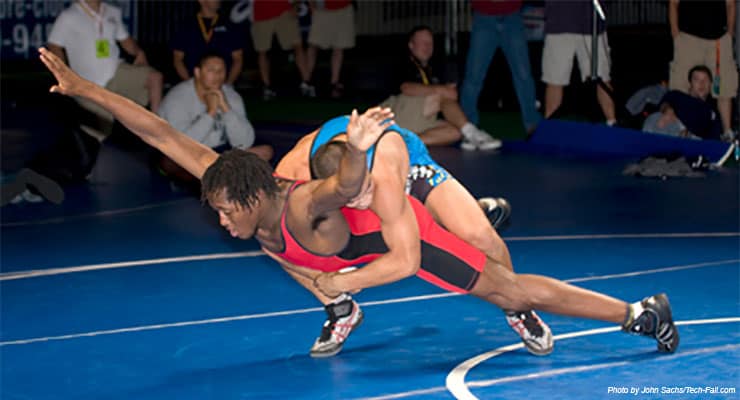 By Jason Bryant
For Flipswrestling.com

The Cadet & Junior Nationals always brings to the discussion is one of state pride. During the finals on a dimly lit raised platform, wrestlers compete for one of the most prestigious trophies in all of wrestling — the stop sign, an octagonal USA Wrestling national championship plaque. Cheering them on are fellow wrestlers and coaches from all over the wrestlers’ state of origin.

Each state has it’s own tradition, but where does a state’s wrestling pride in Fargo come from? The Junior Nationals started in 1971, while the Cadets entered the fray in 1986. Here’s some numbers from each state association and how they relate to the Cadet & Junior Nationals. This has been updated to reflect numbers, champions and stats from 2014.