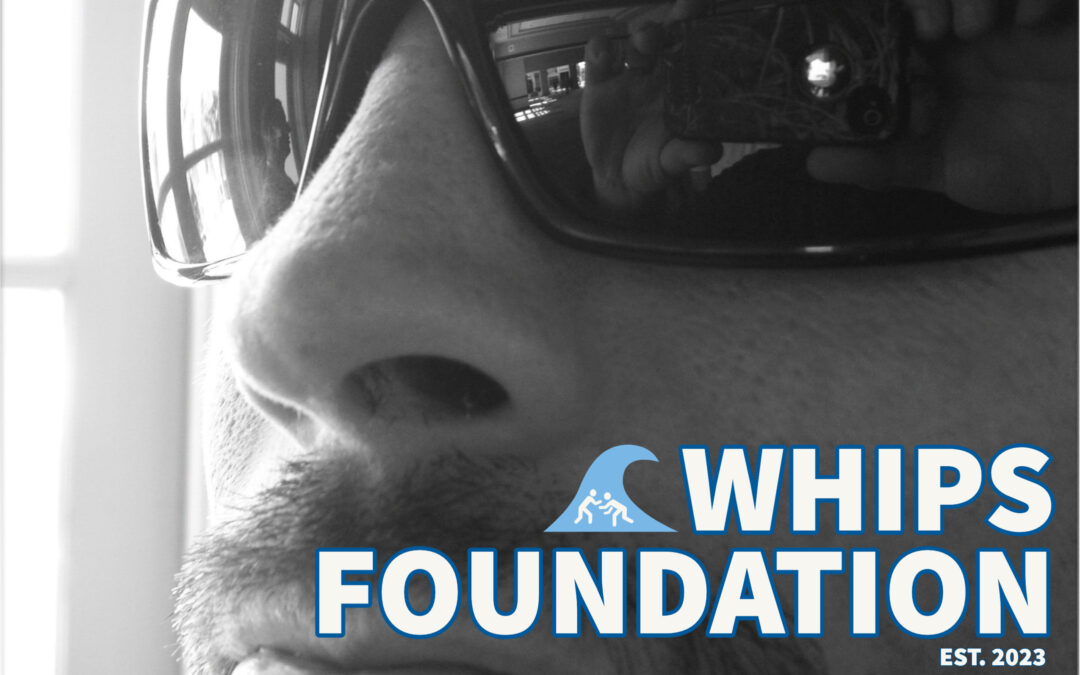 HAMPTON, Virginia (January 20, 2023) — No frills, is just the way Dennis Whitby would have wanted it.

Bull Island Grappling and its founders have announced the creation of the WHIPS Foundation to honor the memory of former wrestler, coach and friend Dennis Whitby Jr., a New Jersey native who made his home in Hampton Roads and loved the slopes, the waves and the wrestling mat.

To launch the creation of the WHIPS Foundation, Bull Island Grappling, founded by Whitby’s college teammate Tim Goodale, will host a free wrestling competition for kids. Two mats, four hours, 150 kids just there to wrestle. There’s no registration fees, no trophies, just the bare necessities to enjoy the world’s oldest and greatest sport.

The concept is based around Whitby’s free-spirited, simplistic way of living. Whitby didn’t need much to make him happy. Seeing kids step on the mat and put things on the line for simple pride would have had him beaming.

The community tragically lost Whitby on February 12, 2022, but his zest for life lives on through his friends and family. Wrestling is just that, too. A family. Through the efforts of Bull Island Grappling, Coach Goodale and another former teammate and Hampton Roads resident, Joe Wright, the WHIPS Foundation has been established.

“Whips” was the nickname for whom the foundation’s namesake was affectionately known. In honoring Whitby’s approach to life, the primary goal of the WHIPS Foundation will be to sponsor international-style (freestyle and Greco-Roman) wrestling competitions and cultural exchange trips for late high school and early college-aged wrestlers (under 19). In lieu of cover charges and registration fees, families and attendees to the January 20 event in Hampton, Virginia at the Boo Williams Sportsplex will be donation-based. Donate if you wish, choose what value you deem appropriate.

“It may take a while to garner the funds needed, but we hope to be able to offer the opportunities at little to no cost for wrestlers to provide a once in a lifetime opportunity for those selected to participate,” said Goodale.

Goodale has been humbled by all the support already received from the Bull Island Grappling families to help with the cause only a few of them knew directly. This event will serve as the kickstarter to the WHIPS Foundation. Other fundraisers and events are in the works as well as calls to continue the launch of the initiative.

Teams participating in the event include Williamsburg Wrestling Club, Smithfield Youth Wrestling Club and Flex Wrestling Club. Each of these teams have supported Bull Island Grappling in the past year as they navigated the waters of initiating a club based out of Poquoson, Virginia.

“I can’t imagine a more appropriate and memorable way to honor a wrestling coach than to focus on competition where developing the grit of a wrestler is at the forefront,” said Williamsburg Wrestling Club head coach Ron Kavanagh. “Myself and the other coaches look forward to participating in this event and future events to come.”

Goodale expects a handful of the kids competing on January 20 to take part in a future exchange. “We hope to choose amazing locations for these trips and focus on high level competition, innovative technique and diverse cultural exchanges,” said Goodale. “We’re planning fun excursions based on geographical locations that Dennis would have enjoyed as a competitor and to explore the natural outdoor sporting opportunities they’d bring as well.”

In addition to assisting with costs and insurance around these cultural exchange trips, Goodale intends to offer the trips as study-abroad opportunities where wrestlers can earn college credit for participating. Goodale is a professor at Elizabeth City State University.

If you’re interested in being a part of the WHIPS Foundation or contributing to future exchange trips, events and opening doors for those who love the sport of wrestling, contribute at: https://donorbox.org/whips-foundation-kickoff  or contact Coach Tim Goodale at 757-333-2881.