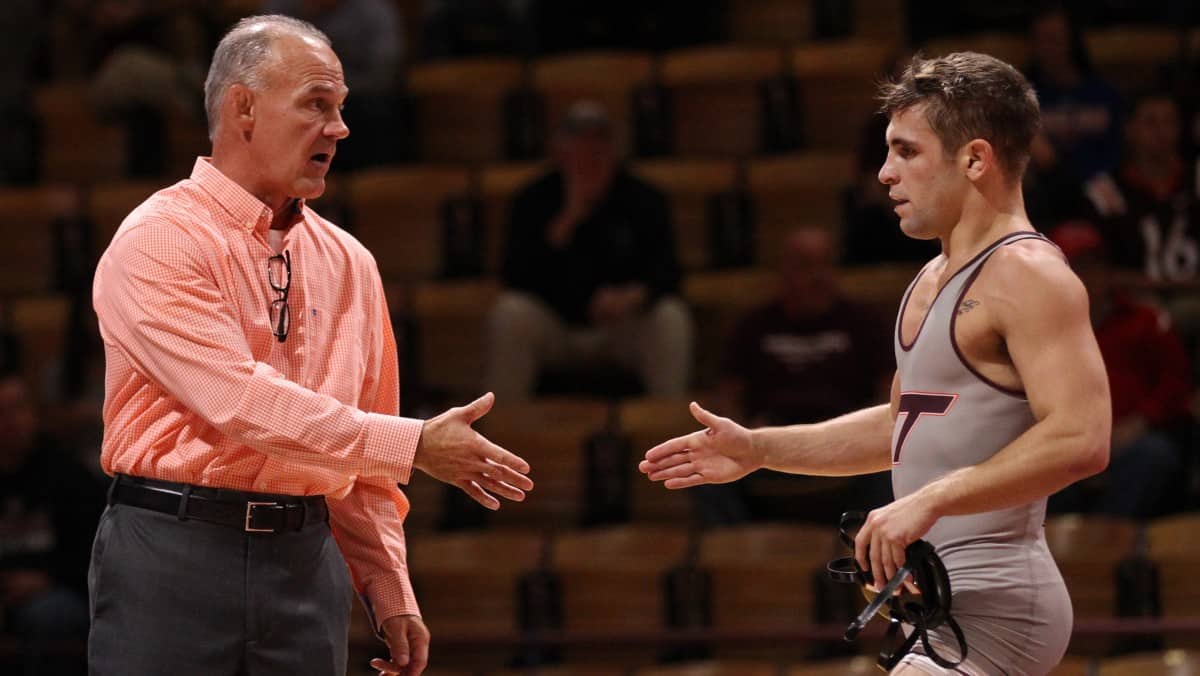 There's been a lot of chatter about whether or not Virginia Tech head wrestling coach Kevin Dresser would become the next coach at Iowa State. As of 5:30 Eastern Sunday, — roughly 60 minutes before the scheduled start of the Hokies' NWCA National Dual Series matchup with Nebraska — Dresser was still at the helm at Virginia Tech, but had not agreed to or accepted any offer from Iowa State.

Despite reports and confirmations of Dresser's acceptance of an Iowa State offer to succeed Kevin Jackson as the Cyclones' head wrestling coach by various outlets on Saturday, the Humboldt, Iowa, native confirmed via phone on Saturday nothing had been accepted. His status remained unchanged through early Sunday.

Dresser, who was recruiting Friday at the Virginia 6A/5A state wrestling championship in Chesapeake, Va., confirmed that he has received interest from Iowa State Director of Athletics Jamie Pollard about the Cyclone coaching vacancy. Dresser said he and Pollard are scheduled to have a phone conversation following Virginia Tech’s dual with Nebraska at approximately 9 p.m. Eastern.

Dresser said he expects to reach a decision on his coaching future by Monday night.

Should Pollard extend an offer and Dresser accept, the veteran coach would step down immediately and Virginia Tech would be in a position to name an interim head coach, with associate head coach Tony Robie the most likely candidate.

Dresser, a two-time All-American at Iowa and 1986 NCAA champion, is in his 11th year at the helm and led the Hokies to a program-best fourth-place finish at the 2016 NCAA Division I Championships. Prior to Virginia Tech, he led Southwest Virginia high schools Christiansburg and Grundy to numerous Group AA state wrestling championships.