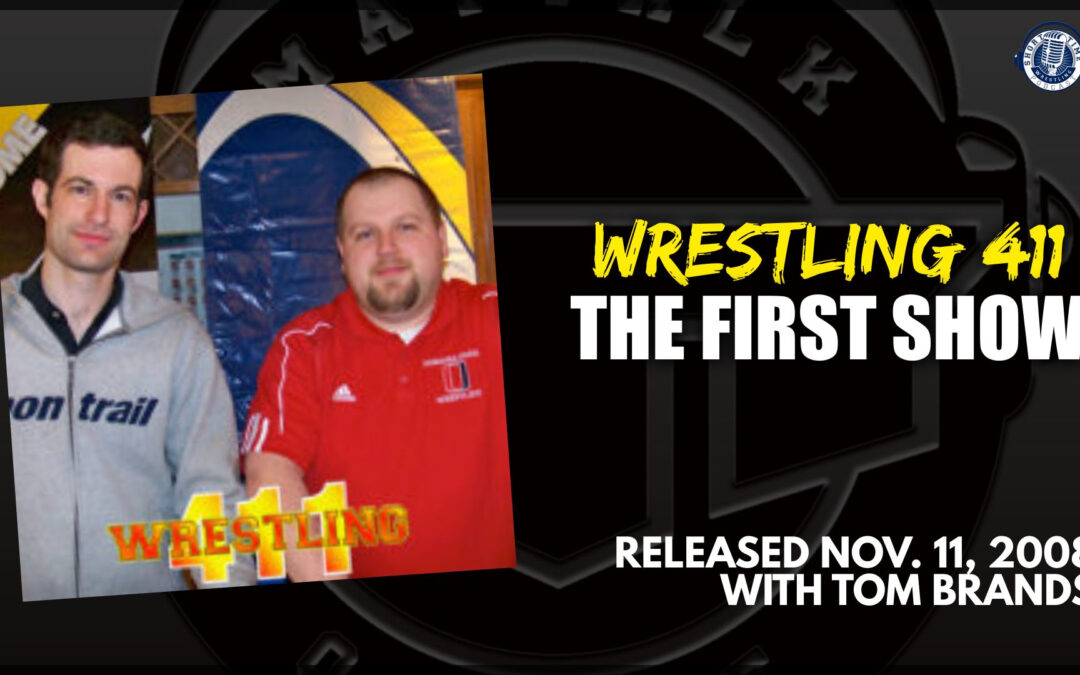 On November 11, 2008 the first national wrestling podcast launched with hosts Kyle Klingman and Jason Bryant from KAUG Studios on the campus of Augsburg University. The idea behind Wrestling 411 was to create an audio deliverable, a television show, web-driven content. It was ahead of its time in doing things that are now commonplace in wrestling coverage. In an era where podcasting still had you connect your mp3 player to your computer and YouTube wasn't even owned by Google, Wrestling 411 broke new ground in how the sport was covered.

But one thing that Wrestling 411 had to deal with back then was a lack of funding and some technological hurdles that would be easy to solve today. This first episode launched with Iowa head coach Tom Brands. The audio is very scratchy and awful. The styles Kyle and Jason had weren't refined as it was the first time the two actually worked together in-person and on-air.

RevWrestling (which then bought InterMat, and then sold InterMat) wrote this story in 2009 about the progress of the project.

“Enjoy” because the audio here is sketchy. Intro song by TP & Esco.