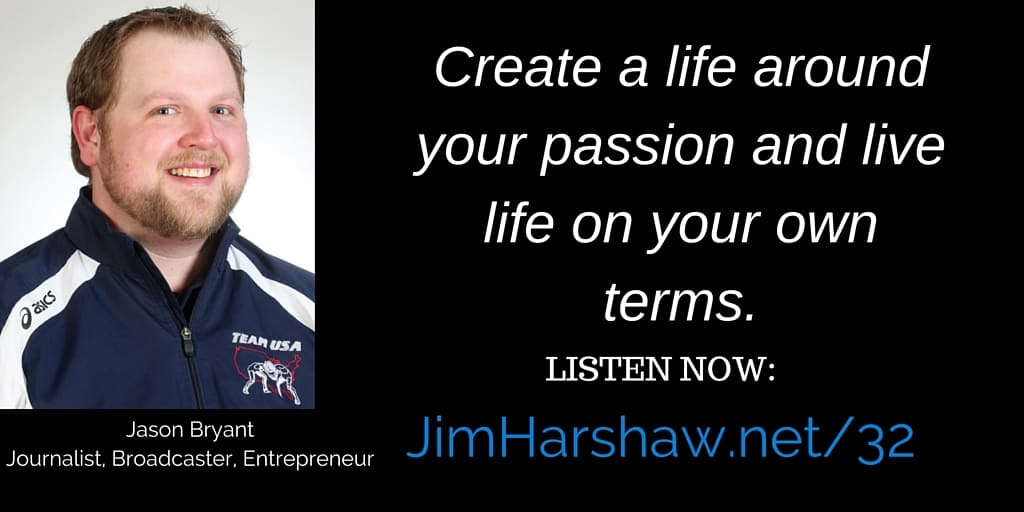 By Jim Harshaw
Today I bring you Jason Bryant. Jason founded Mat Talk Online in 1997 as a way to provide the parents, fans and wrestlers in Virginia a place for discussion, results, rankings, news and event coverage. After a circuitous path through the wrestling world that included a stint at USA Wrestling as the Coordinator of Grassroots and Social Media, Jason works full-time on his own schedule running Mat Talk Online.

He’s harnessed his skills as broadcaster and journalist (he’s won three national writing and broadcasting awards) as well as his passion for wrestling to create a life that has taken him around the world including the Olympic Games. Listen to the story of Jason’s journey, struggles and all, that ultimately led him to living a life that allows him the freedom to go see the Star Wars premiere as his leisure immediately following our interview!