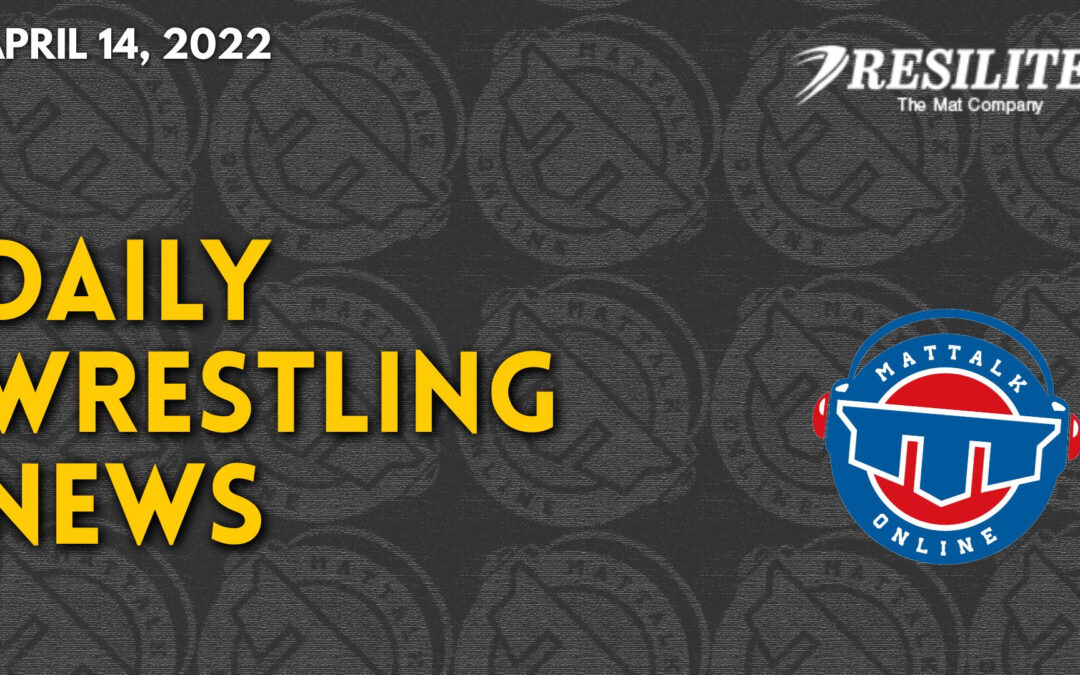 Interview with Gavin Bartley and Johnny Gurule of Northern Michigan

Follow the crew for day 1 of wrestling, sneaker shopping and more.The first day of wrestling as NCAAs was incredible, but it's not the only thing we got into on our first full day in Detroit.

A former wrestling coach at Manhattan, Topeka West and Shawnee Heights High Schools has earned a lifetime achievement award for his service to the sport just a month before he is set to retire.

Big news for women's wrestling dropped last week, a four-time World medalist is back in the coaching game, and more in this week's edition.

Looking at which states (and countries) placed what when looking at the most All-Americans in men's college wrestling across Division I, Division II, Division III, NAIA and NJCAA in 2022. Home state (and country) data is via each school's athletics communications website.

Millikin's Bradan Birt claimed the title of National Champion at the 2022 NCAA National Wrestling Championships. Sports Information Intern Brigid Duesterhaus sat down with Birt to talk about his successful season, winning a national championship, and the legacy he will leave behind upon graduation.

USA Wrestling is looking for a Director of Business Development to increase organizational revenue through partnership opportunities.

Tickets are now available for Final X Stillwater, presented by Tezos, which will be held on Friday, June 3 at Gallagher-Iba Arena on the campus of Oklahoma State.

Dan Gable produced 15 team championships over a 20-year period at Iowa before retiring after the 1997 NCAAs. He recently spoke to WIN Editor Mike Finn about the 2022 NCAA Division I Championships in Detroit, where Penn State won a ninth team title in the past 11 national tournaments.

It took Jake Bergeland five years to work his way into the Minnesota Gophers wrestling lineup, but once he grabbed that 141-pound slot, he made the best of the opportunity.

Looking at which states (and countries) produced the most All-Americans in men's college wrestling across Division I, Division II, Division III, NAIA and NJCAA in 2022.

A year after the Asian Olympic Qualifier and the Asian Championships split the continental talent pool, a full lineup of Asia's most electrifying wrestlers will head to the Mongolian capital looking to gain continental supremacy.

Central Methodist University's new director of wrestling and head men's wrestling coach comes to the Eagles with no shortage of hardware. Sam Schmitz has three consecutive national titles as the women's coach and several top 5 finishes as men's assistant coach at McKendree University.

No shooting, wrestling and archery at 2026 Commonwealth Games – SportsCafe

In a major development, India's strongest sports at a global level, shooting, wrestling, and archery, won't be a part of the 2026 Victoria Commonwealth Games. The Games are scheduled to take place in March 2026 across multiple cities including Melbourne, Geelong, Bendigo, Ballarat, and Gippsland.