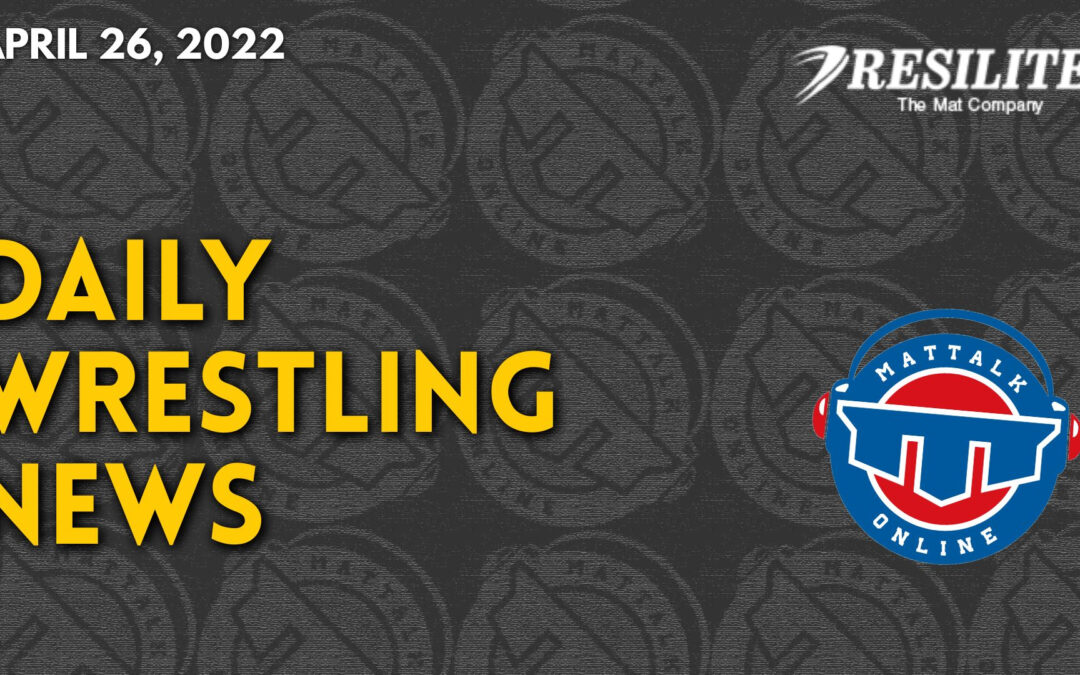 One big voice in the Monmouth County, Jersey Shore community who is helping provide a beacon of hope is 34-year-old Phil O'Hara, a Peer Recovery Specialist with several non-profits/organizations including Hazlet's Hope Network.

‘Not just for boys anymore’: The fight for girls wrestling in high school | WAVY.com

In Virginia, however, girls wrestling is not a high school sanctioned sport, so girls have to compete against boys. Local coaches are hoping that will soon change.

The women’s freestyle Senior-level seeds have been determined for this week’s U.S. Open, set for April 27-May 1 in Las Vegas.

The seeding meeting was held for men’s freestyle division at the 2022 U.S. Senior Open, set for Las Vegas, Nev., this weekend. The coaches in the seeding meeting have selected the seeds in the 10 weight classes, listed below.

On Monday, the NWCA announced the full slate of 2021-2022 Scholar All-America Team and Individual honorees for the NAIA Men’s division with awards going to 99 individuals representing 35 institutions.

On Saturday, April 23rd the National Wrestling Hall of Fame, Minnesota Chapter held their annual Honors Banquet. The celebration was held at the Holiday Inn Conference Center in Austin, Minn. The banquet room was packed and included many former Hall of Fame inductees.

Over the weekend, the top-ranked 126 lber in the nation, Sergio Lemley (Mt. Carmel, IL), gave a verbal commitment to the University of Michigan. Lemley joins an already stacked recruiting Class of 2023 for the Wolverines, as he becomes the fourth top-50 recruit to commit to Sean Bormet's squad.

Escape from Englewood chronicles wrestling legend Tony Davis’s lifelong struggle to rise above the violent streets of Englewood, Chicago’s most dangerous neighborhood. After growing up in the legendary Harvey Twisters wrestling program, Tony Davis went unbeaten for 8 years and was regarded as the best wrestler to ever come out of Chicago. But when he was jumped by the largest gang in the city, it looked like everything he had worked for was gone.

After four seasons as the Sandites’ wrestling coach, Jarrod Patterson has resigned to take a job as an assistant coach at Appalachian State University, an NCAA Division I program in Boone, North Carolina.

Led by a strong effort in the lighter youth weight classes, and with a clutch win in the final weight class, WOW North defeated Wyoming Seminary 47-41 to capture the Girls High School Elite division at the Ultimate Club Duals on Sunday.

U.S. Senior Open entries as of Sunday at 5:00 p.m. PT; These athletes are eligible for seeds – TheMat.com

The deadline has passed for registration for the 2022 U.S. Senior Open in all three Olympic disciplines, for athletes who wish to be considered for a seed.