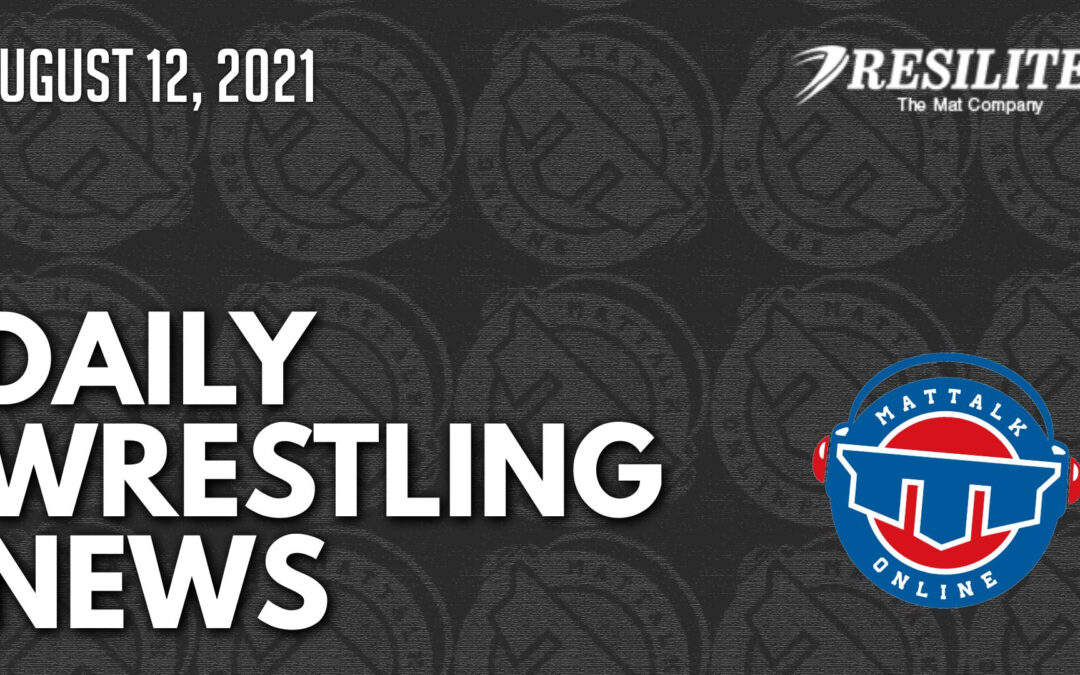 It was an historic performance for Team USA women and men at the 2020 Olympics in Japan, with four of six women bringing hardware home with one gold medalist, while the men went five-for-five with two champions.

It was a given that Spencer Yohe and Tommy Grafstrom would team-up. They’re both characters with unique personalities and a knack for turning up far off the beaten path.

Bennett Berge, the youngest of three brothers who have had standout careers at Kasson-Mantorville, has made a verbal commitment to wrestle at South Dakota State University. He’ll join older brother Brady, an assistant coach for the Jackrabbits, there in the fall of 2022.

Bryan Medlin is the head coach at the Illinois Regional Training Center and is an assistant coach at the University of Illinois. In this episode Bryan and I recap the Olympics – specifically the men’s freestyle tournament.

Wow, what a summer it's been for women's wrestling. Women's Nationals, Fargo, a stunning Olympic performance by Team USA – and suddenly we're just a few weeks away from the World Team Trials.

The National Wrestling Hall of Fame on Wednesday announced that Olivia Brown of Broken Arrow, Oklahoma, is the 2021 national winner of the Tricia Saunders High School Excellence Award (TSHSEA).

The National Wrestling Hall of Fame on Tuesday announced that Alex Facundo of Davison, Michigan, is the 2021 national winner of the Dave Schultz High School Excellence Award (DSHSEA).

There really isn't anything wrong with Greco-Roman wrestling. However, whenever the World Championships or Olympics roll around, fans flock to Twitter with ideas on how to “fix” the sport. Due to the style, matches with a lot of points scored on the feet are rare.

The college wrestling season is right around the corner! With that in mind, Tony and Todd are ready to talk fantasy wrestling. Today they talk with Kevin Claunch of the world-famous Bloodround podcast. As you may expect, all things Michigan wrestling are discussed as well as a variety of topics.

Meet the state champ: Delaware Valley wrestler Lily Sherer is deserving of her ‘Beast’ nickname in more ways than one – pennlive.com

Hard Knocks is back. We break down episode 1. Hot Seat/Cool Throne plus a brand new game Italian or Pervert. Olympic Gold medalist Gable Steveson joins the show to talk about his incredible buzzer beater in the heavyweight wrestling division in Tokyo.

Gettysburg wrestling coach Chris Haines has been one of the most successful in the state when it comes to welcoming and training girls who are interested in wrestling. He has been aided for the past four seasons by Montana DeLawder, a four-time state champ who takes her next step toward an Olympic dream at King’s University in Tennessee.

Cambodia has welcomed an Iranian wrestling coach Komeil Ghasemi who has come to build up the Cambodian National Wrestling Team.

For Olympic champion wrestler Tamyra Mensah-Stock, her gold medal is a dream come true, but it's also just part of her plan.

It was the Tweet heard ‘round New Jersey. On Easter evening, St. Joseph (Mont.) sophomore Jimmy Mullen posted on social media that he and Delbarton’s PJ Casale would forego the NJSIAA state wrestling tournament to compete in the Cadet Nationals in Wisconsin the same weekend.

Gevorg Aleksanyan, coach of the Armenia Greco-Roman style wrestling team, will return his referee booklet to the United World Wrestling (UWW). This is what he told reporters today.