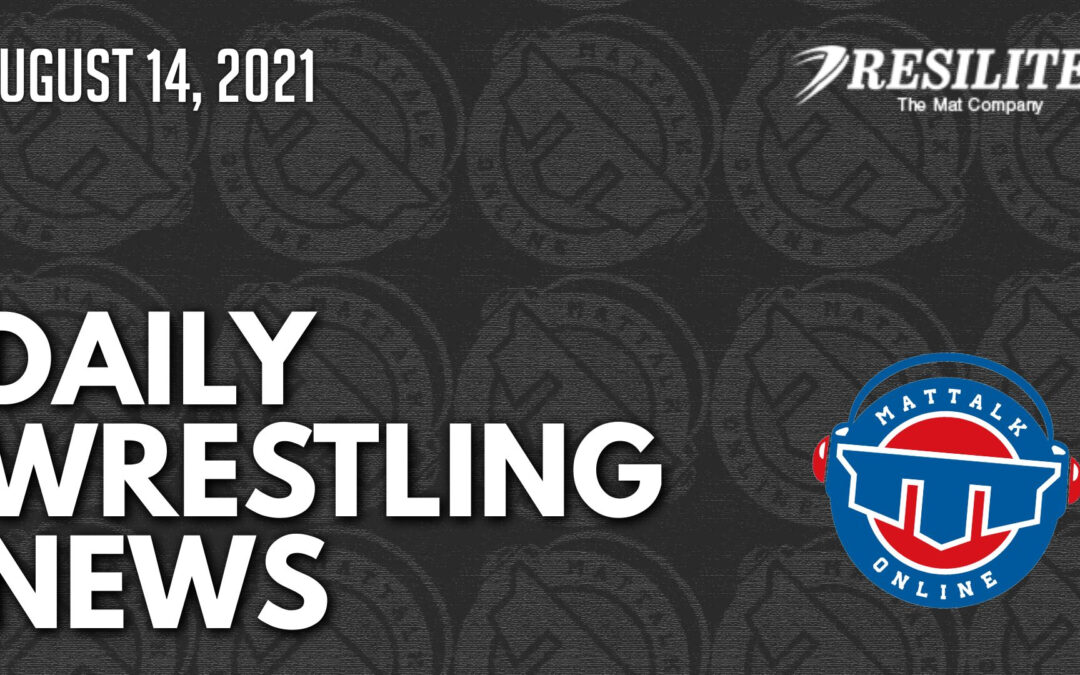 Vinesh Phogat breaks silence: Everyone outside is treating me like I am a dead thing… One medal (lost) and everything is finished | Sports News,The Indian Express

Vinesh Phogat breaks silence: I feel like I am sleeping in a dream and nothing has even begun. I am blank. I don’t know what is happening in life. For the last one week, so much has been going on inside me. It’s a story of two hearts, two minds. I have given everything to wrestling and now is the right time to leave. But on the other hand, by chance I leave and don’t fight, it’ll be a bigger loss for me.

India's Vinesh Phogat is not sure when, if at all, she would return to the wrestling mat as she struggles to cope with the disappointment of her Tokyo Olympics campaign.

Buffalo Bills head coach Sean McDermott loves his wrestlers. Formerly one himself, McDermott has often compared the sport to the one he coaches and he’s always been true to his word on that.

Team USA enjoyed countless memorable scenes at the Olympic Games Tokyo 2020. Here are some of the “Viral Moments” that put the stories behind these magnificent athletes front and center for the world to see.

The Junior World Championships will be held in Ufa, Russia and will take place from August 16-22.

Sara McMann has competed at a high level for decades. In high school she was a standout wrestler in Minnesota before making one of the best decisions of her life.

After a 729-day layoff due to the worldwide pandemic, United World Wrestling will host the Junior World Championships for the first time since the '19 Tallinn Junior Worlds.

Now, Conaway can add another notch to his belt, having travelled to Tokyo with the Nittany Lion Wrestling Club as the training partner for Olympic bronze medalist, Thomas Gilman.

Nebraska wrestling: Harley Andrews is ‘a monster' for Tuttle football – The Oklahoman

Harley Andrews decided to focus solely on wrestling during his sophomore year at Tuttle.

Thomas Gilman is back on the podcast and this time, he brings with him an Olympic Medal! Always a blessing chatting with TP Gilman and helping get his stories and insights out there.

It has been a season of many firsts with historical milestone achievements by various athletes in the senior wrestling community.

The UFC is taking this weekend off, which has allowed the PFL and Bellator to compete for attention on Friday night. As always, there are plenty of former wrestlers competing in the combat sports world this weekend. The following are some of the most notable competitors competing this weekend.

For the Wymans—including Paul ’85, Todd ’89, and Toby ’91—hard work and generosity, qualities ingrained early on at the family dairy farm, constitute a family tradition.

In preparation for the upcoming season, head coach Kevin Ward has released the Army West Point wrestling team's slate for 2021-22.

Wrestling Canada Lutte (WCL) is pleased to announce the athletes and coaches that will participate in the Junior World Championships, Aug. 16-22.

Two-time NJSIAA state champion and three-time state finalist Dean Peterson has signed a National Letter of Intent to compete with Rutgers wrestling. The St. John Vianney standout will compete at either 125 or 133 pounds at the collegiate level and is immediately eligible for the 2021-22 season.