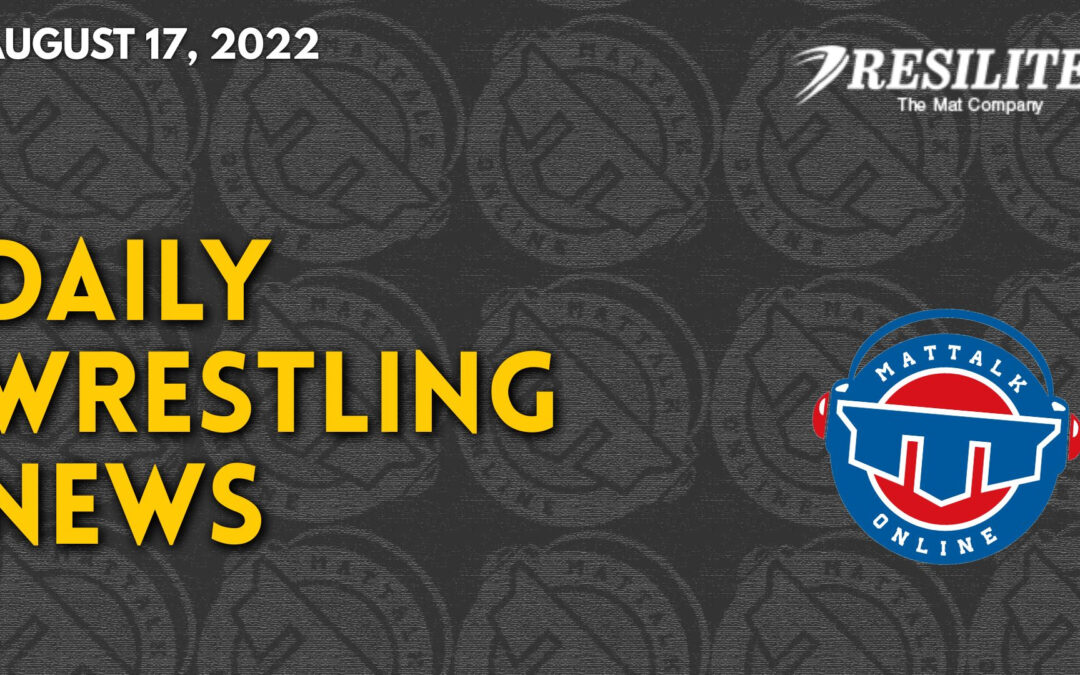 The USA earned three medals on Tuesday at the U20 World Championships in Sofia, Bulgaria, including golds from Jore Volk and Ben Kueter and silver from Mitchell Mesenbrink.

The U.S. women’s freestyle team received its draws for the U20 World Championships in Sofia, Bulgaria.

David Mirikitani and Mark Ostrander discuss a variety of topics from wrestling, and the larger sports market, in a wide-ranging discussion this week.

Kruger, 43, who is a Mulvane High School wrestling coach and teaches English at East High School in Wichita, took six months for the bulk of the writing, but it really started about two years ago when COVID-19 hit hard and he had some time to get the project rolling.

Berge rallies from five-point deficit to earn spot in U20 World finals – TheMat.com

Bennett Berge put together a big comeback win in the semifinals of the 2022 U20 World Championships and will wrestle for gold on Wednesday in Sofia, Bulgaria.

The Wrestlers in Business Network announced today that it would be a sponsor of the Falcon Invite collegiate tournament hosted by Friends University in Wichita, KS. The tournament is scheduled for Saturday, November 5, at Hartman Arena in Park City, Kansas. 2022 will be the second year the event will be held, and it is unique in that there are both men's and women's divisions.

Team USA is sending a talented young roster to Bulgaria this week, led by returning U20 World champ Amit Elor.

Valarie Solorio and Gabriella Gomez have faced off in the finals of the biggest national stage. They will meet again at Who’s Number One on September 9.

College football kicks off in a few weeks and what is undoubtedly the fan and financial favorite of the college sports world, will have fans in droves filling up the stadiums.

Desmond is focused on his own self-improvement and can find plenty from his experience in Fargo that nudges him along the learning curve and makes him a better wrestler.

Cortland sophomore J.C. Cardenas (Brooklyn/Grand Street Campus) has been selected as the 2021-22 Empire Collegiate Wrestling Conference (ECWC) Newcomer of the Year in a vote of the league's head coaches and sports information directors this summer.

Vinny Barber has been promoted to head men's wrestling coach, it was announced by athletic director Jimmy Clark Tuesday (August 16).

UW-Stevens Point men's wrestling head coach Johnny Johnson announced the completion of his team's 2022-23 schedule. The Pointers will host five events, including the annual Pointer Open and the 2023 WIAC Championships.

Lake Erie College Athletics announced today that Craig ‘Boomer' Fechko has been officially named the next head coach of the Storm Wrestling program.

Despite being on the heels of the fall sport seasons, Northern State Athletics is excited to release the 2022-23 schedules for Wolves swimming, wrestling, women's basketball, and men's basketball.

Former Sun Devil Wrestling head coach Lee Roy Smith was inducted into the Oklahoma Sports Hall of Fame on Aug. 15, 2022 alongside five others.

Eastern Oregon University Men's Wrestling and Head Coach, Dustin Azure is pleased to announce the addition of 12 recruits for the 2022-23 season. Of the 12 recruits, two are transfers and the remaining 10 are incoming freshman. Coach Azure is excited for the future of the Mountaineer Wrestling program.

The 24-year-old Tracy Hancock is already an internationally renowned amateur wrestler, having competed at the 2020 Olympic Games in Tokyo. The 6-foot-1, 215-pound, Colorado Springs native has spent five years training with Team USA Wrestling, winning a bronze medal at the 2021 World Wrestling Championships.