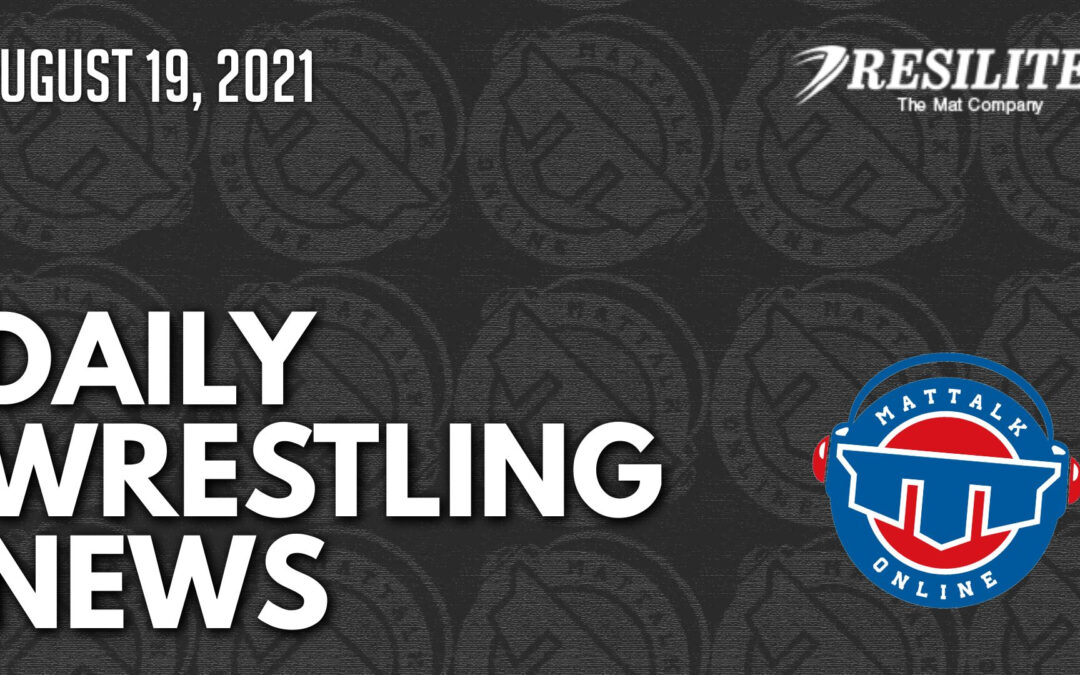 Olympic wrestling star Gable Steveson: ‘Never give up because your life can change in a second’ | Wrestling | The Guardian

It’s been more than a week since he conjured one of the indelible moments of the Tokyo Olympics out of nothing and the reality is still no closer to hitting home for Gable Steveson.

Having been ranked second in the state of Colorado for wrestling in 1967, Corn was originally recruited and signed to wrestle for Northern Colorado, but ended up successfully competing on the gymnastics team instead.

On The Mat: Andy Hamilton is back from Tokyo – Trackwrestling

The only guest that matters this week is co-host Andy Hamilton. It’ll be a full Tokyo breakdown as Andy’s back from Japan and the Olympic Games. Join Kyle Klingman and Andy Hamilton as they talk about the world of wrestling on the flagship podcast of Trackwrestling.com, part of FloSports.

The Ravi Kumar Dahiya story – where wrestling precedes all else – Sportstar

The boy once dismissed as a puny keeda (insect) not cut out for wrestling is now Tokyo Olympics silver medallist Ravi Kumar Dahiya. Ridicule and stinging words do not penetrate Ravi's armour because he has no time to waste on distractions.

They waited six years for it but Iran finally reclaimed it. For the first time since 2015, Iran won the junior world team title and in style. With five gold medals, one silver and one bronze, Iran accumulated 178 points to win the top position in freestyle wrestling at the Junior World Championships in Ufa, Russia.

We've Got Another Four-Man At This Year's Who's Number One! – FloWrestling

170 lbs is going to be 3X as fun at this year's Who's Number One with this four-man group.

The schedules, rosters, and coaching changes are dropping around the country like fluid levels in front of a 2 hour weigh-in. This time we’ll visit two blueblood programs poised for noise, a team just a few years removed from resurrection making progress in and out of conference, and hand out the latest Deep South scrappin’ stuff.

Media outlets in Pennsylvania have reported that two-time Olympian and former Penn State NCAA champion Kerry McCoy will be taking over as Executive Director and head coach with the Lehigh Valley Wrestling Club.

Vince Turk will be rejoining the Iowa Wrestling program. Turk has been in the military which froze his eligibility clock. He will have one year of eligibility to compete. Turk was an NCAA Qualifier in 2018 at 141 lbs. His 3-2 record at Nationals saw him drop close matches to the eventual NCAA Runner-up and seventh place finisher.

A pair of Mizzou wrestlers topped the podium on Wednesday night at the 2021 Junior World Championships in Ufa, Russia, ultimately helping Team USA to a third-place team finish in the men’s freestyle division.

The USA secured three finalists on the first day of women’s freestyle action at the 2021 Junior World Championships, including Emily Shilson, Amit Elor and Kylie Welker. All three athletes, who are past age-group World medalists, will compete for gold on Thursday.

Nine new members, including a pair of All-Americans, have been selected for induction into the Cornell University Athletics Hall of Fame. The ceremonies will be held at a future date.

Thomas More University announced today that following a successful site visit in June of 2021, the University was unanimously approved for provisional membership in the Great Midwest Athletic Conference, a Division II conference of the National Collegiate Athletic Association (NCAA).

The Division III Initial Publication of Proposed Legislation was released this week. This document lays out for the first time proposed changes to NCAA rules that could be voted on at the 2022 NCAA Convention in January. Two of the proposals are particularly relevant to DIII wrestling.