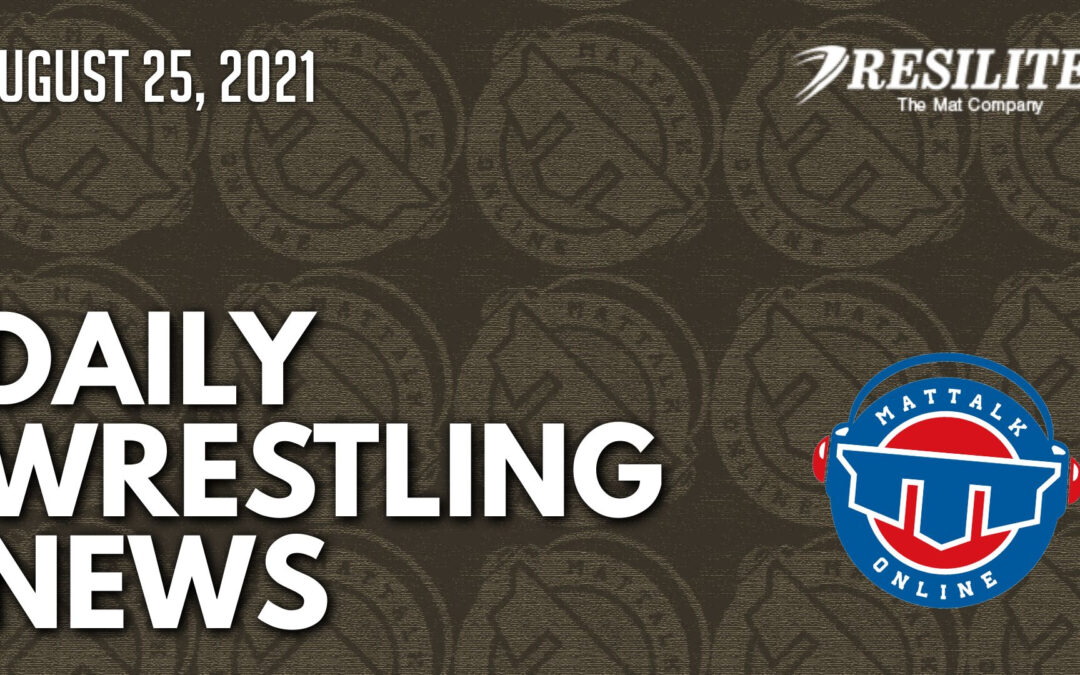 Michigan State Head Coach Roger Chandler joins the podcast this week. We talk Spartan Wrestling and the positive direction they are heading. Roger also takes a trip down memory lane to talk about some great memories as a competitor.

As a teenager, she devoted herself to the sport. Her diligence helped her win state championships in high school. She became a two-time All-American in high school, then earned the accolade again as a college freshman.

Tom Mertz was seen — by a now former Pen Argyl wrestler — running in the neighborhood near the high school wearing a Wilson T-shirt and shorts.

A former Camp Verde youth wrestling coach was sentenced to 17 years in prison after pleading guilty to multiple charges of sex crimes against children that were under his mentorship.

Patrick & Henry Community College announced this week the school has named Chad Lange as head coach of the Pats wrestling team for the upcoming season.

Al and Josh discuss many topics including the Cadet and Junior World Championships, Gable Steveson and The Olympics, Fargo Nationals, Minnesota’s #1, and more.

2021 Cadet World bronze medalist Ava Ward will defend her #1 spot against Junior Fargo champ Brianna Gonzales at Who's Number One.

The midwest top dog vs the East Coast World champ. We find out who’s number one on September 18th.

The Western New England Athletics Department is excited to announce the addition of women's wrestling come the 2022-23 school year.

Minnesota State University Moorhead head wrestling coach Kris Nelson has announced that Griffin Osing has been named as an assistant coach on the Dragon coaching staff.

Huge recruiting news for the Sooners today as they’ve landed one of the top lower weight prospects in the country out of California.

Buena Vista University director of athletics, Scott Brown, has announced that Sean White will be named acting head coach for the Beaver wrestling program. White takes over for Mark Rial who has decided to step down as head coach after guiding the team since 2018-19.

The two top-ranked guys at 106 lbs didn't get to face off at Fargo, so it's going down at Who's Number One.

Two of the brightest young stars in the sport of wrestling will put it on the line at Who's Number One.

Jeffery joins the Eagles coaching staff as head women’s wrestling coach and brings his own coaching and competing experiences from the mat.