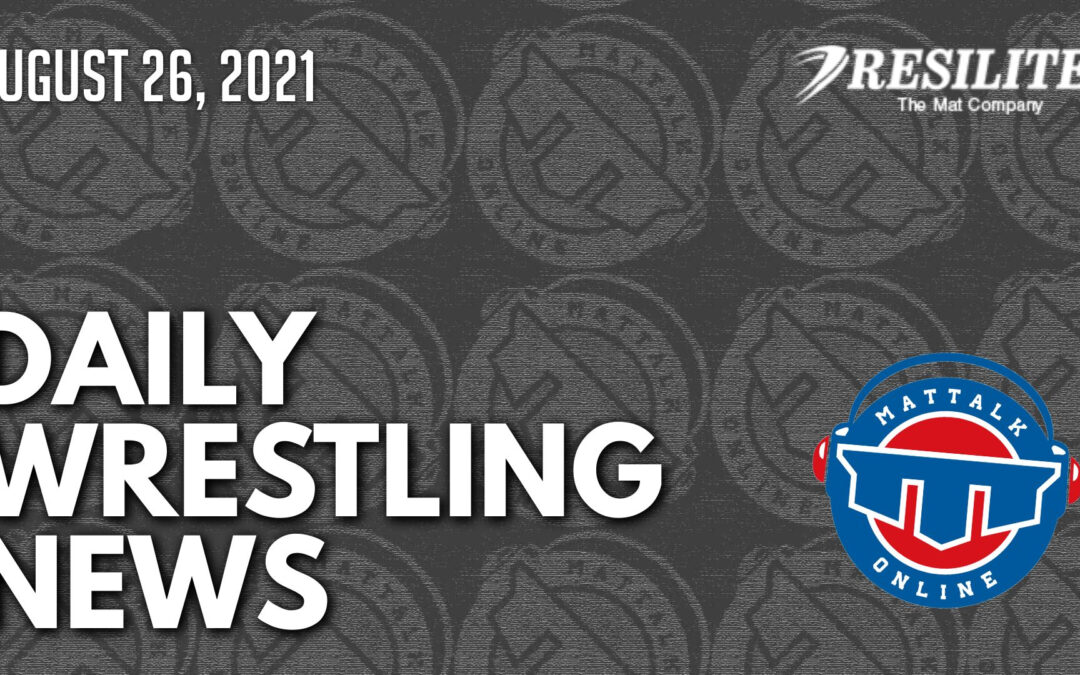 A few words about the late G. Wyatt Schultz, longtime wrestling advocate, photographer and friend. Schultz was a photographer and journalist for The Predicament down in Iowa. He passed away on August 21, 2021.

About this Episode: Erik Burnett is Ohio Wrestling. His roots run deep from training under his father Ron Burnett. After winning 4 state titles at Oberlin he went on to become an All-American at Clarion.

Cadet World Teamer Levi Haines will defend his #1 spot against Fargo champ Josh Barr at 160 lbs on September 18th at Who's Number One.

Check out how the seeding might look at 70kg for the 2021 World Team Trials.

We're catching up with Olympic medalist and five-time world wrestling champion, Adeline Gray. She'll fill us in on her medaling moment at the summer games.

Vinesh Phogat will be free to compete in the trials to select the Indian team for the World Championships after the Wrestling Federation of India (WFI), decided to end disciplinary proceedings against the World bronze medalist on Wednesday.

Wyatt Schultz, one of wrestling’s biggest supporters in the state, dies at 68 – KCRG

Wyatt Schultz, owner of wrestling publication “The Predicament” and one of the sport’s biggest proponents in a state that embraces it wholeheartedly, died after a battle with COVID-19 at age 68.

Olympic silver medallist Ravi Kumar Dahiya will be skipping the World Wrestling Championships 2021, after he is not adequately prepared for the WFI (Wrestling Federation of India) selection trials to be held next week. The trials will be held next week for he tournaments that will be held in Oslo from 2nd to 10th October.

Today, Little Rock announced the latest addition to its coaching staff as Albert White will come aboard as the team's volunteer assistant. White was a teammate of head coach Neil Erisman at Oklahoma State during Erisman's final two years as a competitor.

Registration has been opened up for the 2021 USA Wrestling Brian Keck Memorial Preseason Nationals, which will return to Hyvee Hall inside the Iowa Events Center in Des Moines, Iowa, October 29 – October 31.

The Southeastern Conference sure did cause a mess, huh?

Remember growing up as a kid, there was always that one family in the neighborhood with tough kids? And no one ever wanted to mess with them, to smartly avoid a hefty hospital bill?

Matt Beaujon, one of the most successful wrestling coaches in Cambria County history, has stepped down as head coach at Westmont Hilltop.

The King's College wrestling squad announced its 2021-22 season slate for the upcoming year, a season that will see now second-year head coach Josh Roosa get his opportunity to send a squad to the mat after having 2020-21 canceled due to CoVID-19.

Colin Heffernan has returned to the Central Michigan wrestling program as an assistant coach under legendary head coach Tom Borrelli.

NC State wrestling head coach Pat Popolizio has added former Wolfpack three-time All-American Kevin Jack as a volunteer assistant coach. Jack first captured All-American honors as a true freshman at the 2015 NCAA Championships, and has been part of the Wolfpack support staff since he graduated in 2018.