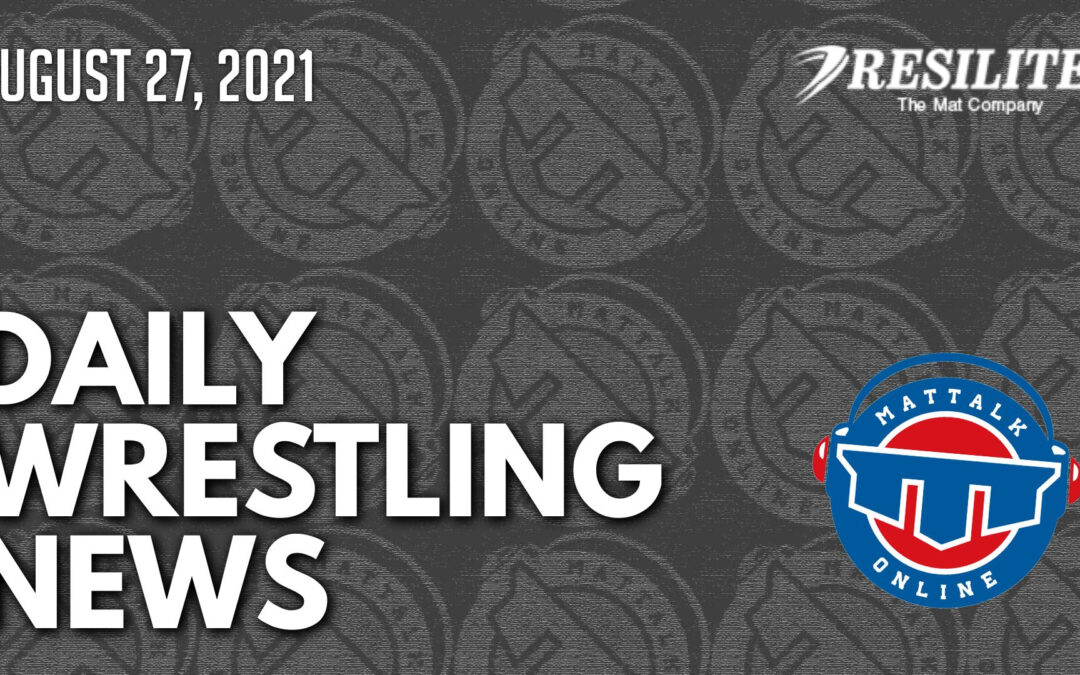 The first Idaho wrestler to be featured on an All-American team was in 1971 with Mark Bittick of Notus High School in Caldwell being selected for the Honorable Mention All-American Team.

Our Big Ten Correspondent Cody Goodwin joins us to talk B1G wrestlers at the Olympics, Junior Worlds, and some interesting lineup decisions for conference schools.

Seeding 79kg At The WTT Is Not Easy – FloWrestling

The World Team Trials will take place September 11-12 to determine the team that will compete in Oslo, Norway October 2-10. In this article we’ll explore what the top 8 seeds might look like for the competitors at 79kg in men’s freestyle.

Ninth in a series on Davie’s all-time individual state champions. Compared to practice, Ryan Boehm’s senior year wrestling matches in 2004-05 were like a day off.

If you’re a fan of professional wrestling but also love to collect sneakers, WWE Hall of Famer Kurt Angle has just the thing you’re looking for.

A win for local female student wrestlers came during a Norfolk Public Schools Board of Education meeting on Thursday.

Can Savannah Gomez make the needed adjustments and shock the world or will Korina Blades prove once and for all that she is the top 138 lbs girl in the US?

Former Cowboy, and Olympic Silver Medalist, Jamill Kelly has been named the head coach of the Tar Heel Wrestling Club.

This week we were not only joined by Junior World Champ Kennedy Blades (one half of the Blades Sisters), but her coach Izzy Martinez of Izzy Style also hopped on the show with us.

USA Wrestling was saddened to hear that wrestling journalist and leader G. Wyatt Schultz, 68, of Cedar Rapids Iowa, passed away on Saturday.

But for those who did … or those who helped produce the live telecast from the Telemundo Studios in Miami, Fla., … it was a successful venture in covering the United States’ best Olympic performance in wrestling in a non-boycotted Games.

THE GOLF CART is already moving when the driver, Ben Askren, waves his hand for me to get in. The tour of the Funky Farms ranch has begun.

The Man Behind the Scenes of the SERTC | Rokfin

If you are immersed in the world of Wrestling Twitter, you have probably seen the name Ethan Aguigui. But who is this man and how did he get to Blacksburg, Virginia, from the beautiful island of Guam?