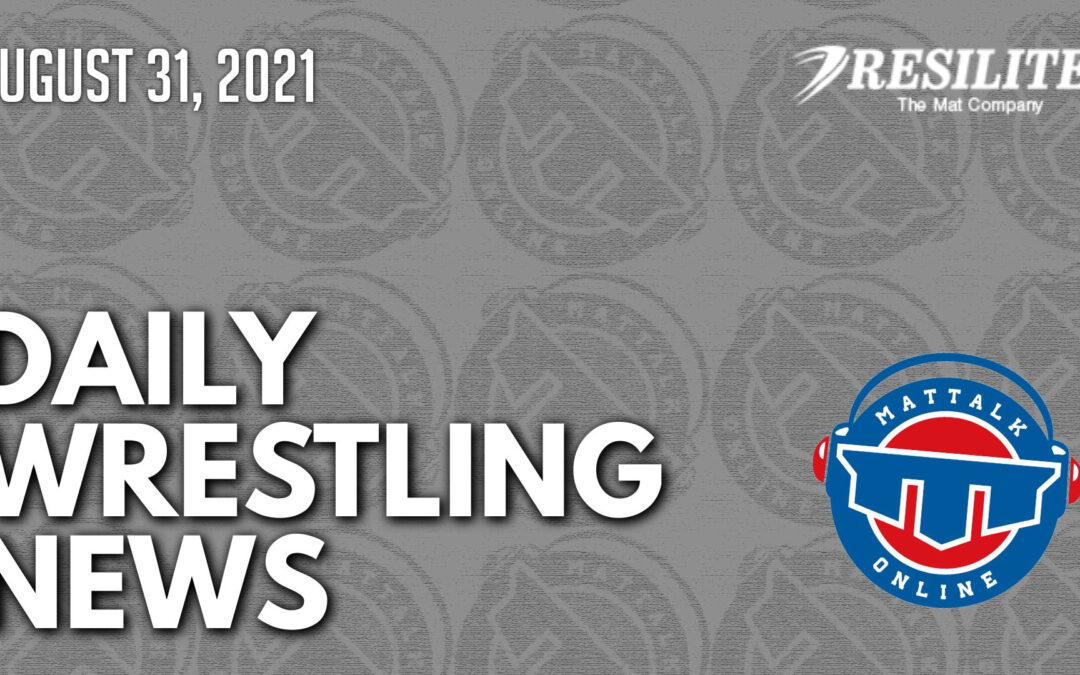 If there was an important wrestling event taking place – and Iowans were competing – you could count on him being there.

Alright, so we said last week that the fourth part of our series on the 2006 offseason, the one that changed college wrestling, would be our final installment.

The season was moved to the spring. Practice started April 19, and schools were permitted to begin competition after seven days of practice. Only dual meets were contested. The Illinois High School Association elected to end the season on June 12 without sanctioning a state tournament series.

History is on the side of Savannah Cosme in this rivalry, but Alexis Janiak is a hungry Fargo champion ready for revenge.

Breakout star Jasmine Robinson will have her hands full with 2X Fargo champ Destiny Rodriguez at Who's Number One.

The Pulse With Andy Hamilton: The Whirlwind To Two World Medals – FloWrestling

A look back at the six-month sprint by Braxton Amos that led to a historic performance at the Junior World Championships.

Two young stars, Zao Estrada and Cadence Diduch, will put it on the line for the right to call themselves the best wrestler in the country at 117 lbs.

Teams have decided to stop the tease and roll with the please as schedules are posting across the country, Left Coast wrestling lessons from the Book of Luke, a fierce, fiery friend returns to the Scenic City, and more SoCon news stories, please!

Complete list of USA Wrestling sanctioned events for the next three months, as August 30, with 21 new events – TheMat.com

About three weeks after we reported that Wyoming Seminary's head coach Scott Green was leaving the program to pursue a coaching position with Army West Point, the school filled their vacancy by hiring Cornell Robinson as its next head coach.

RUDIS is proud to announce the signing of Spencer Lee from The University of Iowa to its Elite Athlete program. Heading into the 2021-2022 season, Lee has his eyes set on winning a 4th NCAA Championship. S

On the newest episode of Mat Chat, David Mirikitani and Jason Keck sit down with Olympic bronze medalist Thomas Gilman shortly after his return from the Tokyo Games. Gilman talks about his competition at the Tokyo Games, overcoming his foot injury and some changes in his wrestling philosophy and training approach.

The 2021-22 UIndy Wrestling schedule was released Wednesday, with the return of the Midwest Classic and a move to a new Super Region highlighting the season which will return to a full slate of dates after COVID-19 shortened last season.

Nigeria Wrestling Federation (NWF) Caretaker chairman, Daniel Igali , has seen the worst and best of the sporting worlds hence a voice to be reckoned with in the administration of the combat sport.

Wrestling coaching staffs across the country are defined by household wrestling names. Often overlooked are support staff members, whose primary responsibility is keeping athletes on the mat, which is crucial to the competition process.

Slaying Saitiev explores Brandon Slay’s improbable win over Russian star, Buvaisar Saitiev, at the 2000 Summer Olympics – a match that is widely considered one of the biggest upsets in Olympic wrestling history.

Even an Olympic gold medalist has limits. American wrestler Gable Steveson has been on the go since his dramatic last-second victory in the freestyle heavyweight final put him at the top of the podium in Tokyo.

Results and Action Photos from Minnesota’s #1 – The Guillotine

Results and The Guillotine Action Photos from Minnesota’s #1. August 28, 2021, at The Shop in Minnetonka, Minn.

Episode 208 of Weighing In with David Mirikitani has been posted, with focus on 2020 Olympics – TheMat.com

Episode 208 of the Weighing In With David Mirikitani podcast has been posted. Recorded on August 9, this episode includes discussion about the 2020 Olympic Games in Tokyo, Japan, looking at the U.S. performances in women's freestyle and Greco-Roman. Also a quick look at 65 kg in men's freestyle, which did not have a U.S. entry.

CSU Bakersfield wrestling head coach Luke Smith has announced that eleven newcomers will join the Roadrunner program in 2021-22, as part of his first full recruiting class. CSUB welcomes six true freshman, a pair of Division I transfers and three community college transfers to their roster this season, as part of a group expected to add depth and impact across weight classes.