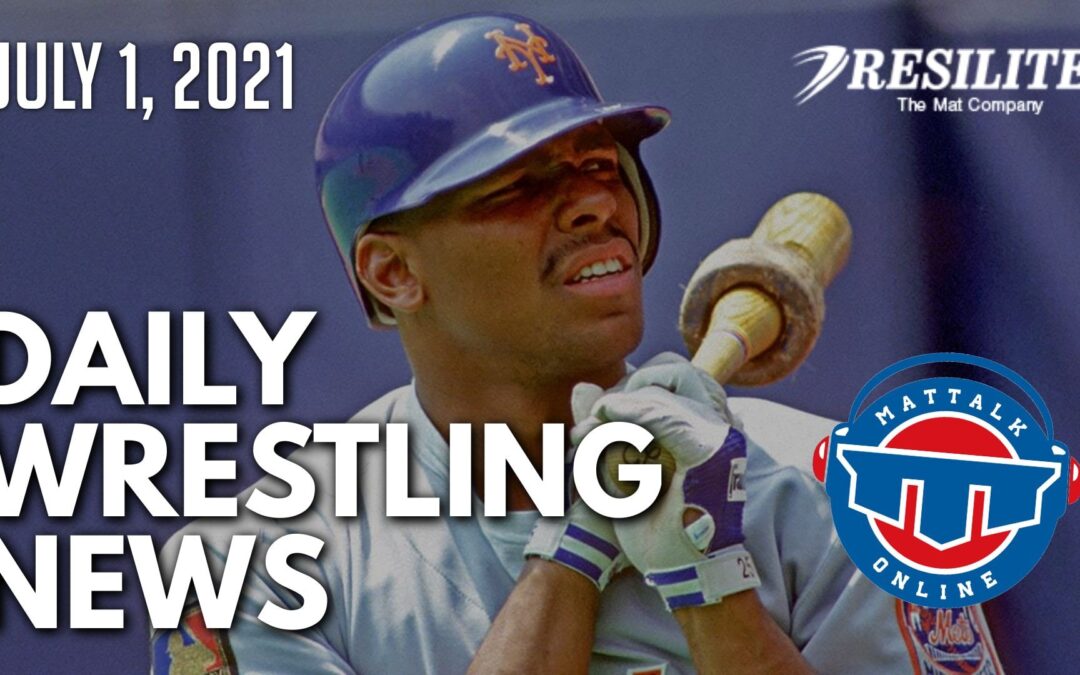 The Class of 2025 is ready to rip. Learn their names before Fargo. Results come from U15 Trials, Regional FS tournaments, and U14 National Duals, among others. I'll update again after Fargo, which will carry a lot of weight and set the stage for Super 32.

Jimmy Mullen has all kinds of opportunities, including a shot at two Cadet World medals in Budapest.

The West Geauga athletic department will have a different look to it this coming school year with the recent departure of athletic director Ben Stehura and a handful of other coaches.

In less than four weeks athletes from across the world will march into Japan National Stadium for an Olympics that was delayed for a year but, at least for now, are expected to happen.

Ever wonder what Brad Harper is saying at matside as the personal coach of Tokyo Olympics-bound wrestler Sarah Hildebrandt?

Starting July 1st, NCAA athletes in all three divisions can benefit from their name, image, and likeness. Athletes in states with NIL laws or executive orders can follow the guidelines in those states, and the rest may also participate while following the rules at their respective institutions. Athletes are required to report NIL activities to their schools.

Outstanding American honoree and past Secretary of Defense Donald Rumsfeld, 88, passes away – TheMat.com

InterMat Wrestling – Why So Many DI Coaching Vacancies?

We're only one day away from the calendar turning over into July and there are still dozens of DI programs looking to fill coaching vacancies.

Iowa State wrestler David Carr recorded one of the greatest individual seasons in the history of Cyclone wrestling in 2020-21. The Iowa State Athletics Department acknowledged Carr, who was the 157-pound NCAA Champion, today as the recipient of the 2021 Gary Thompson Iowa State Male Athlete of the Year.

King's College head coach Josh Roosa completed his coaching staff for the upcoming 2021-22 season recently, as he announced that Darren Testa and Christian Mazzocchi would be joining him on the sidelines.

Chris Chionuma, heading into his fourth season with the Cal Poly wrestling team, has been promoted to Associate Head Coach, beginning Thursday.

Jayleah Pletz could hear the whispers the first few times she stepped on the wrestling mat for Gov. Mifflin as a freshman.

Since Mark Branch was hired by the University of Wyoming in July of 2008, the program has been one that has developed its share of unheralded recruits.

InterMat Wrestling – How Did the Elite Recruits from 2005-15 Fare in College?

At the beginning of June, the dead period for DI recruiting was lifted and coaches were allowed to host recruits on campus or travel to make home visits.