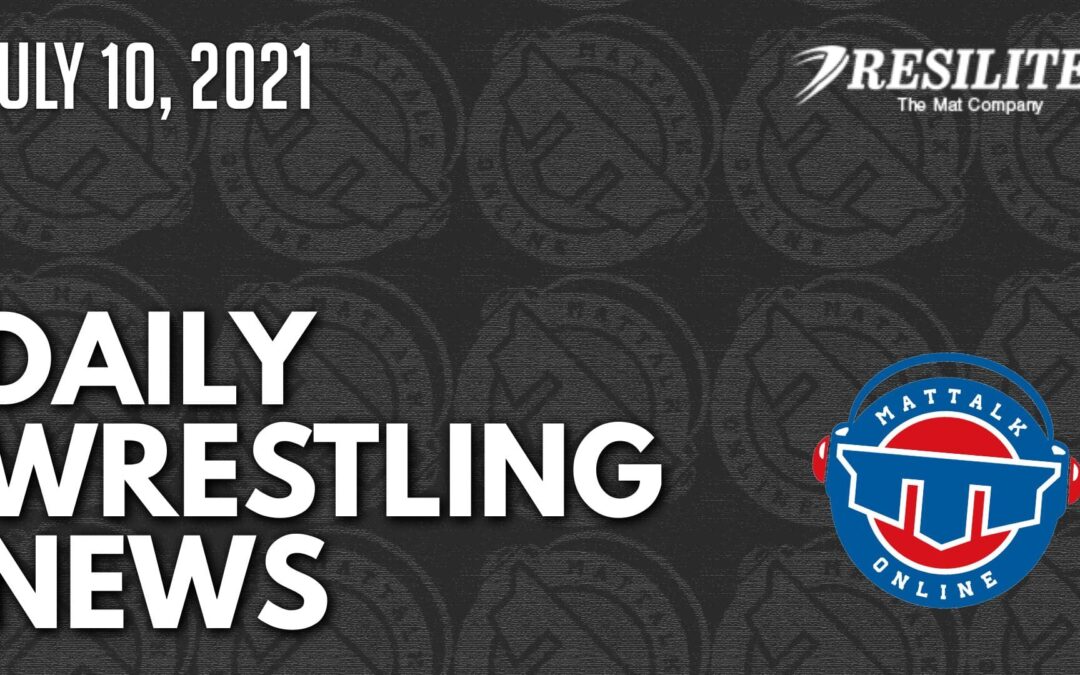 When wrestlers step on the mats at the Fargodome in July of 2021, it will mark the 50th USA Wrestling Junior Freestyle championships. The event, started in 1971, has blossomed into a monstrosity of 23-24 mats, six divisions and thousands of competitors.

An in depth preview of the 97kg weight class at the Tokyo Olympics. See how Kyle Snyder compares to the rest of the 97kg Olympic field.

Pete DiBiase recently spent his 66th birthday like many other days of his adult life – at wrestling practice.

Oregon State wrestling assistant coach Nate Engel will serve as a personal coach for Olympian Adeline Gray as part of the USA Wrestling delegation at the Tokyo Olympics.

Strange it seems but medal winning prospect for India in Women’s 57kg, Anshul Malik has decided to head back to India for her final preparations for Tokyo Olympics.

Episode 50 has Hall commenting on the unusual training schedule for the Team USA Olympians. After that, US National Team member “Mr. Fantastic” Benji Peak drops by the program for the very first time.

Our EIWA correspondent Austin Sommer stops by to talk about some of the big coaching changes in the conference, along with new vacancies. Plus the cooking and field goal kicking abilities of some of the EIWA coaches.

This weight class has its share of past World and Olympic medalists, and is headlined by a pair of two-time World champions, Mariya Stadnik of Azerbaijan and Yui Susaki of Japan.

NBC released its Tokyo Olympics Listings today, and there is some great news for wrestling fans. Every day of the Olympic wrestling competition will receive extensive coverage on The Olympic Channel: Home of Team USA.

Kyle Ruschell has helped carry on the strong wrestling tradition at the University of Tennessee at Chattanooga since he was hired to lead the Mocs in 2018. Ruschell led UTC to a share of the conference dual meet championship in his first season (2018-19). He has compiled a 15-5 conference dual meet record in three seasons and has had 11 national qualifiers.

This week, the California RTC, which is based in Stanford, Calif., announced via Twitter that it has added three Senior athletes to its RTC roster, former Nebraska star Tyler Berger, former Missouri star Grant Leeth and former Cornell star Ben Honis.

The Seton Hill wrestling program would like to welcome Irwin native, Drew Phipps as their newest addition to the coaching staff. Along with coaching, Phipps will be fulfilling their graduate assistant role and obtaining a twoy ear MBA degree through Seton Hill University.

With a season in the Maroon & Gold under his belt, Blockhus is looking to help push Minnesota to the top of the college ranks

With an eye toward returning to competition this winter, the Princeton wrestling program has added six from the Class of 2025, a group that will join the nine wrestlers the program introduced a year ago from the initial Class of 2024 in preparing for their first collegiate action.