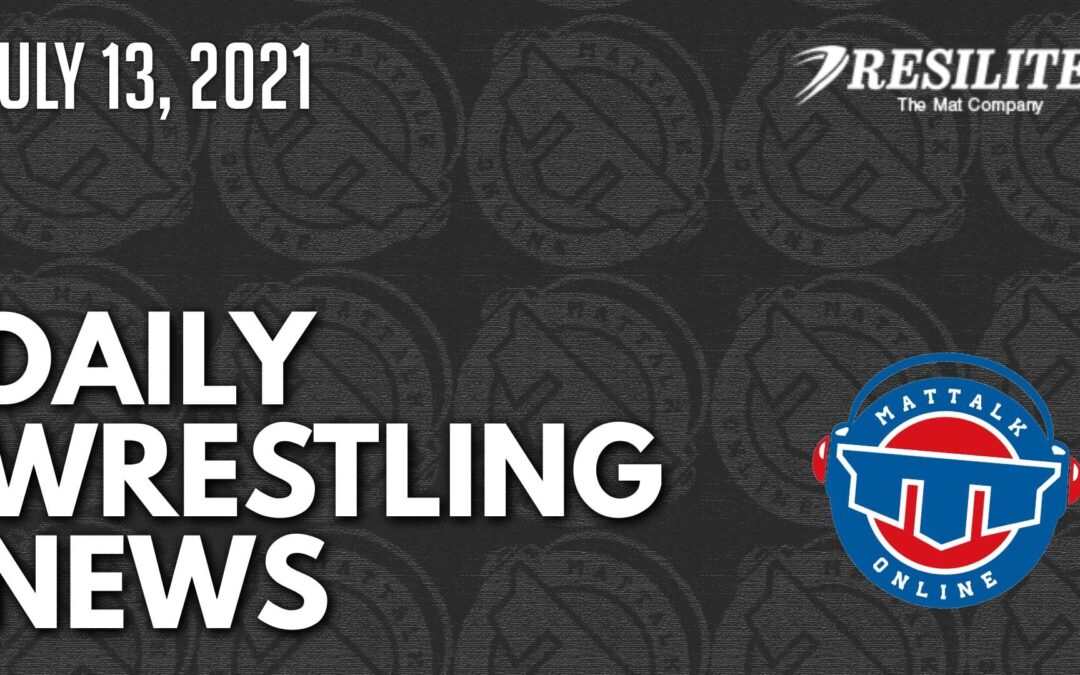 Tristan Moran, a two-time NCAA qualifier who wrestled at Oklahoma State and Wisconsin, has been hired by Cal Poly head wrestling coach Jon Sioredas as a volunteer assistant coach.

Jacob Newby and the goal of wrestling for your idol – The MatBoss Podcast Ep. 60 | Mat Talk Podcast Network

Part 1 of an interview with Oklahoma St. all-American Jacob Newby. Jacob talks about the early stages of his career and the desire to be like his idol John Smith. Jacob discusses the tournaments he won and who he beat that gave him the opportunity to wrestle for his idol.

Eric Larkin’s senior year at Arizona State went beyond being busy. It went to a higher level — a no-time-to-waste level.

Known as the ‘Magic Man' and the 2018 World Champion, Taylor joins the specialty health and wellness retailer to help inspire customers with his commitment to sportsmanship and healthy living

For the Tokyo Olympics this summer, For The Win is helping you get to know some of the star Olympians competing on the world’s biggest stage. Leading up to the Opening Ceremony, we’re highlighting 23 athletes in 23 days. Up next up is Kyle Snyder.

Trey Wilhoit’s senior wrestling season got off to a worst-case scenario start with back-to-back concussions.

More often than not student-athletes, whether it be in high school or college, rarely get the chance to compete for an individual or team championship in their respective sport.

The country’s premier wrestler and global beach wrestling hero Mohammad Inam received a huge blow when he failed to get France visa, which means he will miss Beach Wrestling World Series to be held at Saint-Laurent-du-Var on July 16 and 17.

Jacksonville Marine takes the mat in Tokyo on August 2

India's Sumit Malik will appeal a two-year doping ban to United World Wrestling with the Commonwealth Games gold medallist hoping to be given the opportunity to defend his title at Birmingham 2022.

The newest head coach to be hired in Division I is Ned Shuck at Bellarmine University in Louisville, Kentucky. Shuck was most recently at Army West Point as an assistant coach under Kevin Ward.

Kentucky isn't known for freestyle wrestling. That's why Spencer Moore's rise to a Cadet World team is kind of a head-scratcher.

Why the Junior and 16U National Championships are so incredibly rad even after 50 years of tournaments.

The word is in, the World is out. Tokyo 2021 will roll out its 2 week extravaganza without international fans.

Beginning Saturday, USA Wrestling’s Junior and 16-and-under national championships will be held at the FargoDome in Fargo, North Dakota. There will be competition in men’s freestyle and Greco-Roman and in women’s freestyle.

Reflecting on last season, University of Nebraska at Kearney Athletic Director Marc Bauer looked out for the Loper student-athletes.

One week into NIL, lawyers caution athletes on Barstool, YOKE gaming and misinformation that could a | The Gazette

Purdue head wrestling coach Tony Ersland has a strong track record of national success and consistency. Ersland, a former Iowa wrestler, has helped the Boilermakers finish in the top 25 in the final poll in six of his seven seasons as head coach.

With the Olympic Games, Fargo and the Cadet World Championships all on the immediate horizon, there is one important Senior-level tournament that can’t be overlooked.

This weight class does not have its 2019 World champion in the field, as Yong Mi Pak of North Korea claimed the gold in Nur-Sultan, Kazakhstan, the last time a World Championships was held.

As the NCAA has loosened restrictions and penalties for student-athletes to transfer, navigating the transfer portal has become an important aspect of roster management.

All offseason we have monitored the movement on the coaching front, just like any other year. However, as the spring and summer of 2021 has progressed, we've discovered that this year was unlike any other, because of the amount of vacancies still unfilled. Two weeks ago, we provided some reasons why this has happened.

Last summer was quite boring for many of us in the wrestling community and without Fargo it felt like the longest summer ever. This year Fargo is back and it looks to be better than ever with USAW allowing more entries per state. Thousands of wrestlers from across the country will converge upon Fargo July 17th through July 23rd for the biggest tournament in the country. This week we will feature write-ups on each age group and the top contenders from Indiana.

NEO heavyweight and two-time All-American Dan Baker will return to NEO for an additional season.

The road to the 57 kg Olympic crown will be a tough one for any athlete as all four medalists from the 2019 World Championships will be in the field, including two-time defending World champion Zavur Uguev of Russia, who will enter Tokyo as the No. 2 seed.

OU has published an updated 2021-2022 season roster on SoonersSports.Com. I did a quick run over some of the updates and changes and thought I would share some observations here.

Returning World champion Keichiro Fumita will look to claim gold on his home turf at his first Olympic Games. In addition to his 2019 World title, Fumita also took top honors at the 2017 World Championships and the 2018 U23 World Championships. Fumita, who is the No. 1 seed in the bracket, faced fierce competition domestically with 2016 Olympic silver medalist Shinobu Ota.

The University of Pennsylvania announced their new Assistant Coach today, one who is familiar with the program and its principles—BJ Futrell, a former PRTC athlete and incredible asset to the Philadelphia wrestling community.

Franklin & Marshall head wrestling coach Mike Rogers has been named the head coach of Pennsylvania's Junior Nationals Team, which will compete in Fargo, N.D. later this month. Rogers will enter his 12th season leading the Franklin & Marshall program during the 2021-22 season.