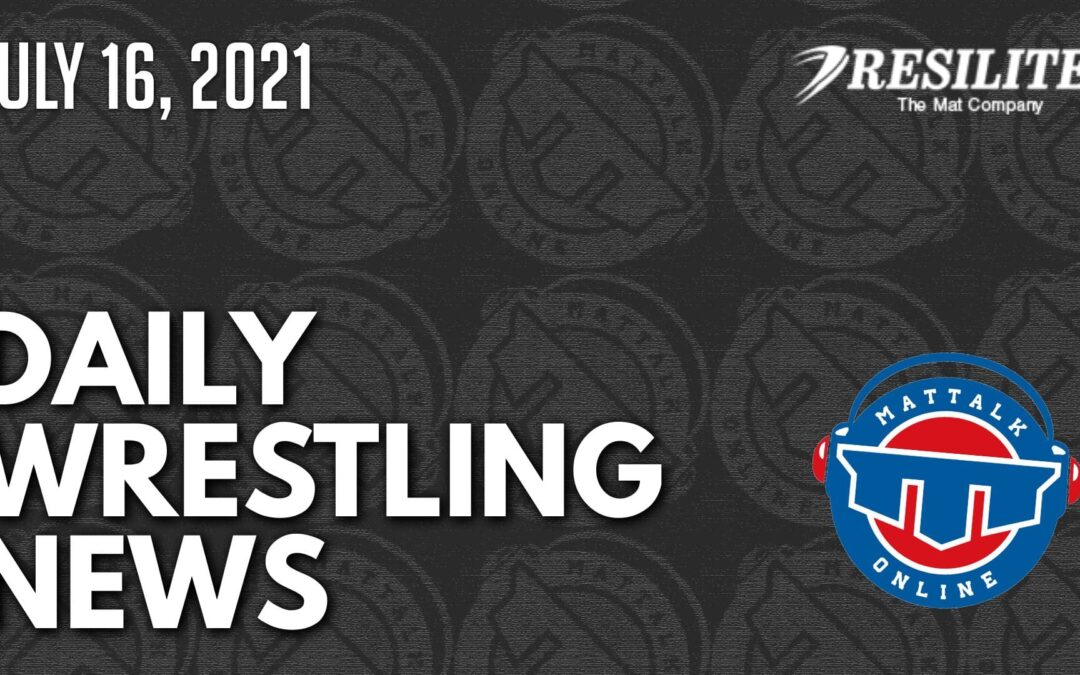 Stats dumps from one of the world's most prominent age-group wrestling tournaments. Rokfin subscribers will get some juicy nuggets of Fargo history.

Jason Fulmore of SEWrestle is heading to Fargo. He'll stop into New Brighton, Minnesota where the weather is great and talk with Jason Bryant in the Speakeasy Studio about things wrestling related and about the Southeast.

After talking it over and gaining full support from his friends and family, Jezik officially announced in May he will be leaving the sixth-ranked Oklahoma State wrestling program and enter the transfer portal in order to pursue his childhood dream of playing college football.

Twelve top wrestlers from Section 4 will help what is perhaps the biggest junior event in the country celebrate 50 years.

Tamyra Mensah-Stock likes to watch zombie movies. She roots for the zombies. “I like being the hunter,” she said.

Sammy Julian was competing at a wrestling tournament in 2002 in Mechanicsburg where an event representative asked his father to officiate because there was a shortage.

Making Lemonade: Levi Cooper Has A Positive Outlook On His Future, Looks To Revisit His Amateur Wrestling Roots – Wrestlezone

Levi Cooper is making the most of the opportunities in front of him now that he’s a free agent in the world of professional wrestling.

Due to the COVID-19 pandemic and quarantine, Fargo 2020 was cancelled. This year’s week long tournament is going to be better than ever!

USA Wrestling is sending six talented people to the 2020 Olympic Games in Tokyo as the official coaches for Team USA, including five USA Wrestling National Coaches as well as an outstanding volunteer coach. There will be 11 other personal coaches traveling with the delegation to the Games.

The UFC and Bellator will both host shows this weekend. Friday's Bellator show is loaded with former wrestlers, while there are a few names dotting the UFC show as well. Check out the fighters that wrestling fans will likely want to follow below.

‘Cali Cenzo' is settling in to his coaching duties in beautiful California and back on the podcast today as Olympic Team Trials Winner Jordan Oliver joins the show once again to talk about his move to the NYCRTC and 70kg!

Earlier this week, InterMat visited the campus of American University and spoke with its new head coach Jason Borrelli.

For years the U.S. Junior Nationals, affectionately known as Fargo, has been a proving ground for the top collegiate wrestling prospects. With the tournament quickly approaching, let's take a look back at the freestyle champions from the 2016 edition and see how those wrestlers panned out on the college level.

Southwest Minnesota State University Interim Director of Athletics Bruce Saugstad announced on Thursday the hiring of Chayse Jackson as the next head wrestling coach at SMSU.

The great state of North Dakota is once again, and for the umpteenth year, playing host to hundreds of coaches, a thousand or more wrestlers, and millions of dreams. Americas aspiring young mat stars will slug it out in Fargo.

NCAA's Emmert: It is time to decentralize college sports – WSLS

NCAA President Mark Emmert said Thursday the time is right to consider a decentralized and deregulated version of college sports, shifting power to conferences and campuses and reconsidering how schools are aligned.