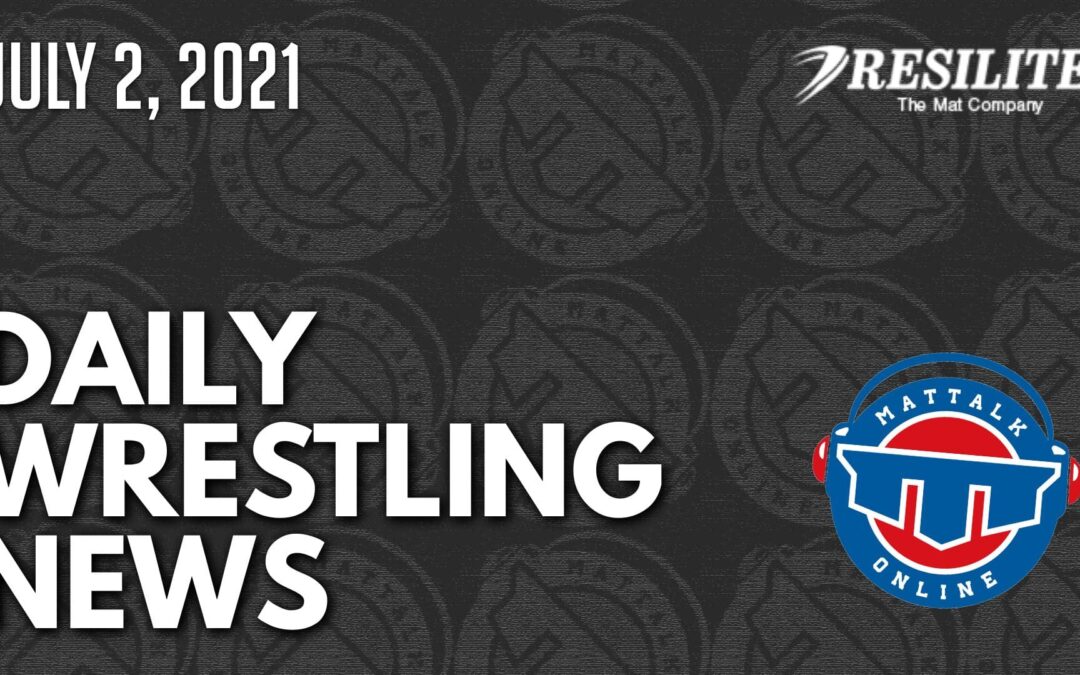 Sam and Jude are finally back for a great discussion on the NIL, answering your questions, and much more! Stay tuned for more content soon!

Jane Valencia is the first female wrestler from Mexico to qualify for the Olympic Games.

Name, Image, & Likeness Will Change Everything in College Wrestling | Rokfin

Starting July 1, athletes can start profiting off of their name, image, and likeness. Josiah shares a story and explains what it means for college wrestling.

Leading freestyle wrestler Bajrang Punia, who injured his knee last week during a competition in Russia, would require another week to get back to the mat, an official of the Wrestling Federation of India (WFI) said on Thursday.

Within hours of new name, image and likeness rules coming into effect, AJ Ferrari has inked an apparel deal.

Former Rutgers wrestling NCAA qualifier Joe Grello has his new home for his final year of eligibility. On Thursday, the former Scarlet Knight announced his intentions to transfer to Oklahoma.

On July 1, ASICS® will unveil their new MATBLAZER™ shoe, the first-ever women’s specific wrestling shoe for competition and training.

Dax Charles has spent over 30 years at CSU-Pueblo as a student-athlete and wrestling coach. As a competitor, Charles won a national championship at CSU-Pueblo (then University of Southern Colorado) in 1992 and earned All-America honors three times.

The Hawkeye Wrestling Club announced Monday that board member Brad Eldeen has been named president of the HWC.

Sarah Hildebrandt is an Indiana girl. And even though she now lives in Colorado Springs, Colo., the 50g Tokoyo Olympics qualifier for the U.S. has gotten a chance to come back to her back yard as the Games approach.

University of Illinois head wrestling coach Mike Poeta announced the addition of Ed Ruth to his staff on Thursday, July 1. Ruth will serve as an assistant coach with the Fighting Illini wrestling program.

Purdue wrestling head coach Tony Ersland made a late addition to his 2021 recruiting class Thursday, signing transfer Matt Ramos to join the Boilermakers. Ramos comes to West Lafayette after two seasons at the University of Minnesota and projects to wrestle at 125 or 133 pounds for the Old Gold and Black.

Today is a landmark day for college athletes, not just in the wrestling world. Starting today, college athletes have the ability to make money off of their name, image, and likeness (NIL), without jeopardizing their eligibility.