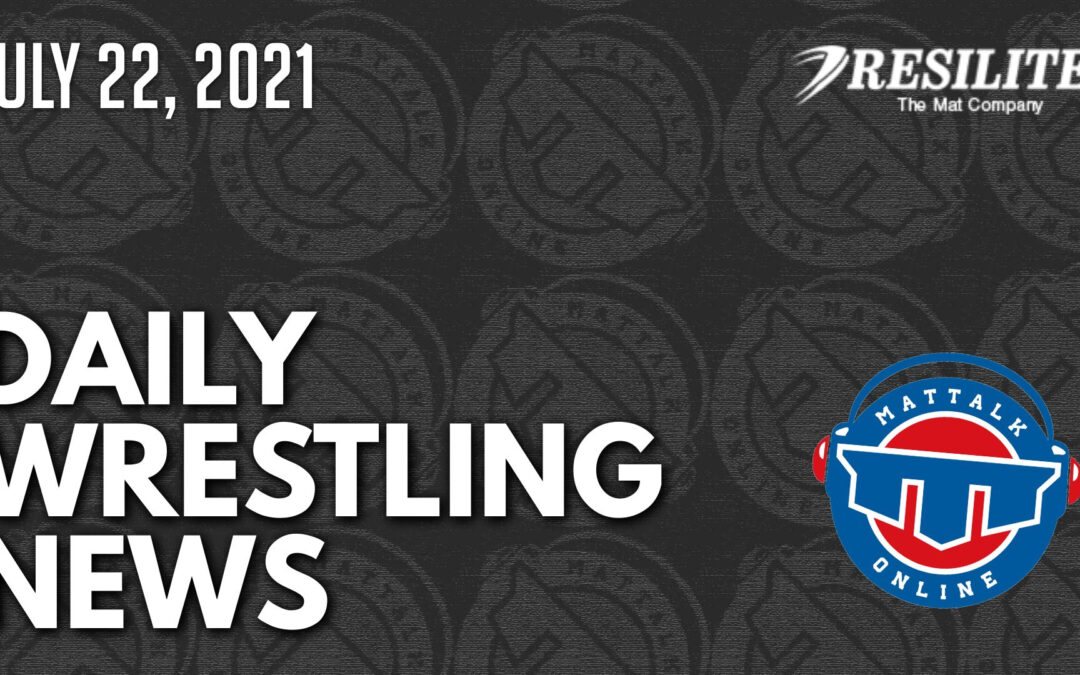 Ferrum College Head Women's Wrestling Coach, Breonnah Neal, has announced that she will step down from her position to pursue other opportunities. Neal recently completed her second season at the helm of the Ferrum women's wrestling program.

Facts, stats and figures dropped on Twitter by Jason Bryant during the Fargo finals in each division. Follow @jasonmbryant for the live feed or come here for updated nuggets periodically during the finals.

The Evening Walk Back From the Dome | Rokfin

Scott Green's perspective on another day in Fargo.

The Pulse With Andy Hamilton: Borrelli's Ready To Build – FloWrestling

Jason Borrelli is focused on the road ahead at American University and a couple D1 coaches have already checked in on Ben Kawczynski after his Fargo title.

Nick Suriano Is In The Transfer Portal! – FloWrestling

We rarely see a collegiate wrestler compete in other sports, yet Gaige Garcia continues to “wow” people with his success on and off the wrestling mat. Earlier this month, Garcia announced his transfer from Michigan to Lehigh via his Instagram. To get his full story, I reached out to learn more about Lehigh’s newest dual-sport athlete.

Davidson assistant coach Joey Dance had success as an athlete in Fargo, winning titles at both the 16U and Junior age groups in freestyle. Now he's back in town looking to bring in wrestlers to the academic powerhouse.

USA Wrestling Events Director Pete Isais has had an interesting 18 months. With wrestling a combat sport with high contact and tournaments attracting thousands of competitors, this year's event had its share of hurdles. What did Pete and staff do to get this thing up after missing 2020?

Idaho's Brock Zollinger is one of the nation's top international wrestling officials, but his career in Fargo isn't just about blowing the whistle or confirming calls, he won the 2001 Junior Greco-Roman national title at 105.5 pounds. Brock talks about reffing and wrestling on the raised platform and the similarities between the two.

Checking in with Roger Kish, the head wrestling coach at the #Fargo2021 host institution, North Dakota State. Kish talks about the relationships built and the impact on his program.

Ever since the cadet World Championships were reinstated in the wrestling calendar, only two countries have shared the team title. In the past nine tournaments, Russia and Iran shared the top honors with the former winning eight times while Iran won once in 2018.

Koy Hopke (220) and Mack Mauger (94) still are in contention for the USA Wrestling Triple Crown awards as Thursday’s 2021 16U Nationals Greco-Roman semifinals matchups are officially set. Five other athletes are wrestling to take home their second titles of the tournament after winning freestyle championships earlier this week.

Coming into the Tokyo Olympics, 2019 World champion and 2018 World bronze medalist Tamyra Mensah Stock comes in with great momentum and confidence. Mensah Stock has earned the No. 1 seed for the Olympics.

The men’s freestyle portion of the Cadet World Championships drew to a close this evening. It was a three-horse race between Team USA, India and Russia for the team title, and it came down to the very last match of the night. When the dust settled, India came out on top, winning their first Cadet team title in history. The U.S. claimed second and Russia settled for third.

Texas’ Jasmine Robinson (152) won her second Outstanding Wrestler honor of the weekend to highlight the women’s freestyle finals of the 2021 Junior Nationals.

Jimenez and Freitas to wrestle for bronze, Dill and Cosme pulled into repechage after second women’s freestyle session at the Cadet World Championships – TheMat.com

Both Americans women’s freestylers competing in today’s semifinals at the Cadet World Championships lost their matches, putting them in tomorrow’s bronze medal bouts.

Two Americans punched their tickets to this afternoon’s semifinals on the first day of women’s freestyle competition at the Cadet World Championships. Both did so in impressive fashion, obliterating their competition.

Michigan natives Braeden Davis, Joshua Barr and Manuel Rojas all competed in the 16U Nationals the last time they competed in this North Dakota community in 2019 after the annual national event was cancelled because of the pandemic.

Five Cornellians head to Tokyo, Japan in July 2021 for the 2020 Summer Games, postponed a year due to the worldwide COVID-19 pandemic.

Rutgers wrestling head coach Scott Goodale took some time to discuss recruiting, the upcoming season and even a little golf in this latest summer update on the program.