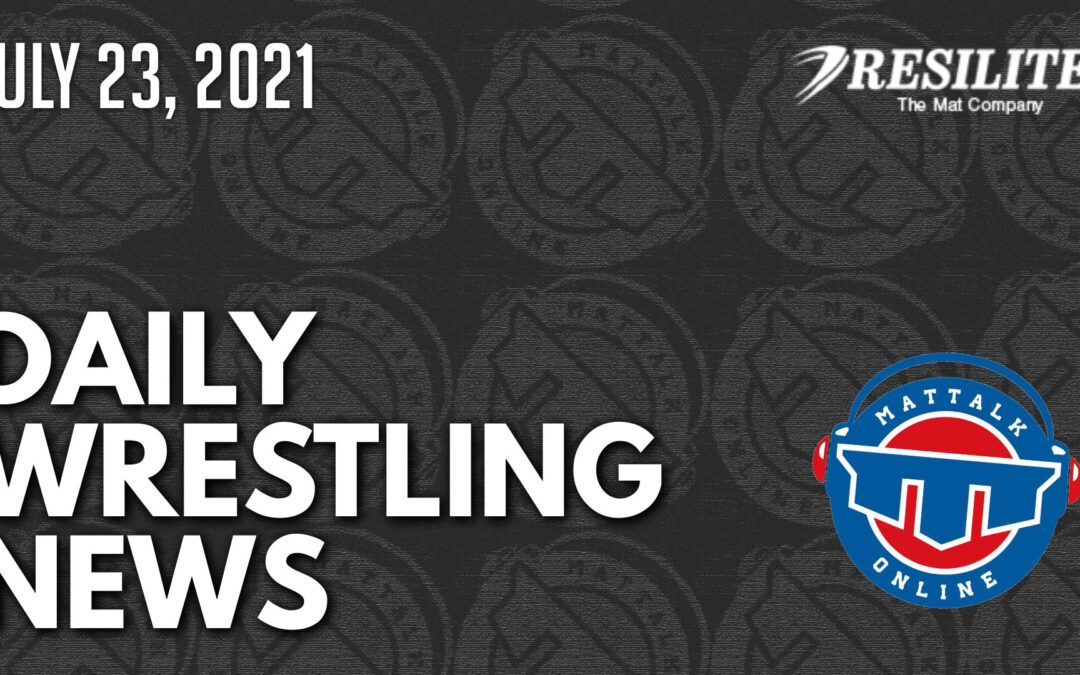 World champ Bo Bassett gets congratulatory messages from those who inspired him | Sports | tribdem.com

Shortly after he won a world title on Wednesday, Bo Bassett got a congratulatory message from the wrestler who helped inspire him.

Derek Levendusky looks back at the top stars and storylines from the girls competition in Fargo.

Based on committed recruits, how did every college do? We analyze the results and find out who did the best.

Semifinal pairings are finalized for the Junior Greco-Roman division as the final tournament here at the 2021 Junior and 16U Nationals at the FargoDone is set to conclude with Friday’s action. Leading into tomorrow, Team Illinois leads the way with seven wrestlers represented in the semifinals. Team California and Team Wisconsin both have six in the semis.

Olympic Games preview at 97 kg in Greco-Roman: Will the field be able to stop Evloev and Aleksanyan? – TheMat.com

The biggest storyline at 97 kg is Armenia’s Artur Aleksanyan trying to reclaim his spot on top of the podium from Russia’s Musa Evloev. These great champions are the top two seeds, with Evloev getting the No. 1 and Aleksanyan nailing down the No. 2, meaning they would not meet until the medal rounds.

Uncle Chael Sonnen is back! In this episode we talk about Barstool Sports’ betting lines on the Olympics, a few legendary fargo matches involving greats such as Stephen Abas, Teague Moore and Eric Guerrero, as well as McGregor vs Poirier 4.

USA Wrestling’s USMC Junior/16U Nationals has set an all-time record for entries, just in time to celebrate the historic 50th Junior Nationals. With 5,900 entries over six tournaments, the quality matched the quantity for a fantastic week of wrestling.

After the strange do-nothing summer of 2020, plenty of teenagers probably looked forward to this summer to finally hang out by the nearest pool or lake and engage in traditional outdoor activities.

Nate Jesuroga is now, officially, one of the best wrestlers on the planet.

Bo Bassett couldn’t have scripted it any better: A chance to capture a world title and possibly help the United States make wrestling history.

Sisters Risako and Yukako Kawai will be among those looking to carry on Japan’s winning tradition in the ring.

The decorated heavyweight wrestler received quite the good luck message from WWE Hall of Famer Ric Flair ahead of his gold medal bid at this year’s Olympic Games in Tokyo, Japan.

One of the athletes affected, freestyle wrestler Fatoumata Yarie Camara, said she was struggling to understand why the decision had been taken.