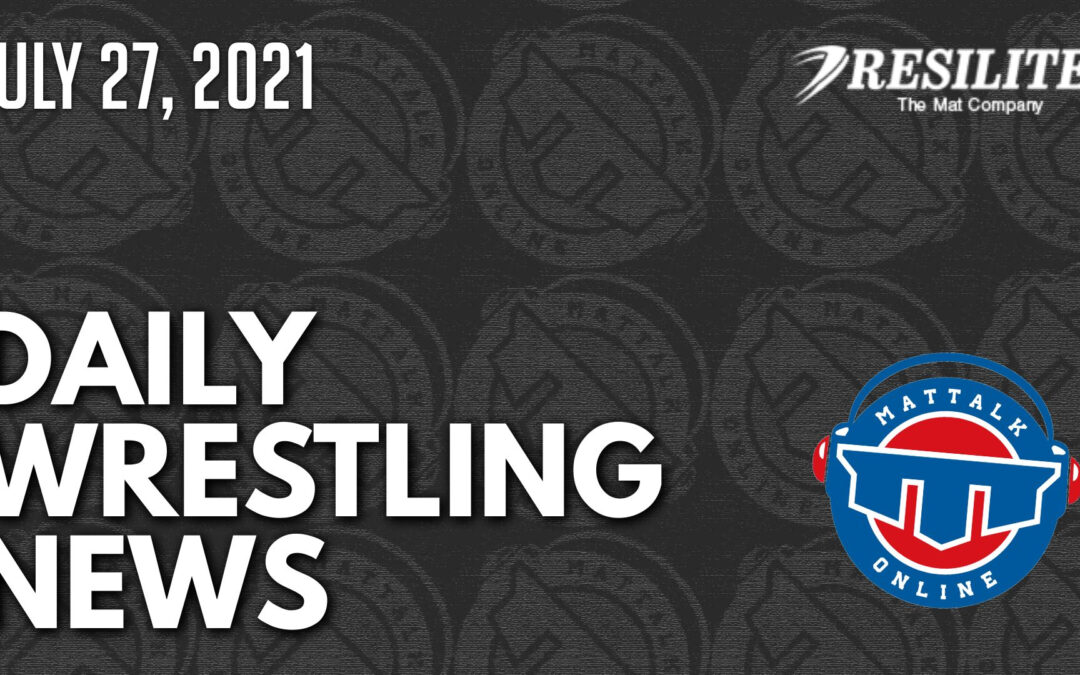 A brand new batch of rankings after one of the most star-studded and important weeks of the high school year.

An analysis of the countries that have performed the best at 65kg in men's freestyle since 2000.

This coming Sunday — or Saturday night if you happen to reside in the United States — will bring with it closure.

Jacob Newby and leaving when at the top – The MatBoss Podcast Ep. 61 | Mat Talk Podcast Network

The conclusion of an interview with Jacob Newby. Jacob talks about the events that led to him leaving the Oklahoma St. wrestling program while ranked #1 in the country.

15 Gold Medals! Every match won by Fall!! Each athlete standing, smiling, and singing along with the Star Spangled Banner!!!

To watch wrestling at the 2021 Tokyo Olympics live, you must have cable. NBC is airing wrestling all week long on the Olympics Channel, which varies based on your provider (see chart). You can also watch all styles of wrestling via the NBC Sports App, but you need to sign in with a cable provider.

Kolter Burton can probably give tours of downtown Fargo by this point, can probably point out every crack along the roads of North Dakota’s most-populated city. The 15-year old wrestler from American Falls would jog around Fargo last week on a nightly basis, trying to burn off whatever weight he gained throughout the day.

As a child growing up in the Toledo area, Ryan Mitchell’s passion for the Detroit Tigers – and one of their broadcasters – helped set him on his path in life.

The University of Texas and the University of Oklahoma officially notified the Big 12 Conference today that neither school could renew media rights when it expires in 2025 and begin a state-wide restructuring of college sports. I have.

NCAA Champion Mike Macch is back on the show as he fills in for co-host Cenzo today as we catch up with Macch and talk brand deals and what's next, and talk about the Olympics, the impact Olympics has on the World Team Trials, Suriano News, and more.

Since 2014, the heavyweight bracket has been won by either Geno Petriashvili of Georgia or Taha Akgul of Turkey. They will be on opposite sides of the bracket in Tokyo with Petriashvili holding the No. 1 seed and Akgul entering as the No. 3 seed.

Troy Nickerson and the UNC Wrestling coaching staff put together another top 15 recruiting class in 2021 with the addition of 12 wrestlers to the 2021-22 roster. It is the second time is three season the Bears welcome a top 15 class. Northern Colorado's class came in ranked No. 15 by FloWrestling and No. 19 by Mat Scouts.

For the past nine years, West Virginia University has been a loyal member of the Big 12 Conference. We have valued the partnership with the other nine members and have served the league as a prestigious academic institution and a nationally recognized athletics program. We are disappointed that two of our Big 12 institutions have indicated their intent not to extend their media rights beyond 2025.

With a few tweets and some local media coverage, a new women's college wrestling team was created this past week.