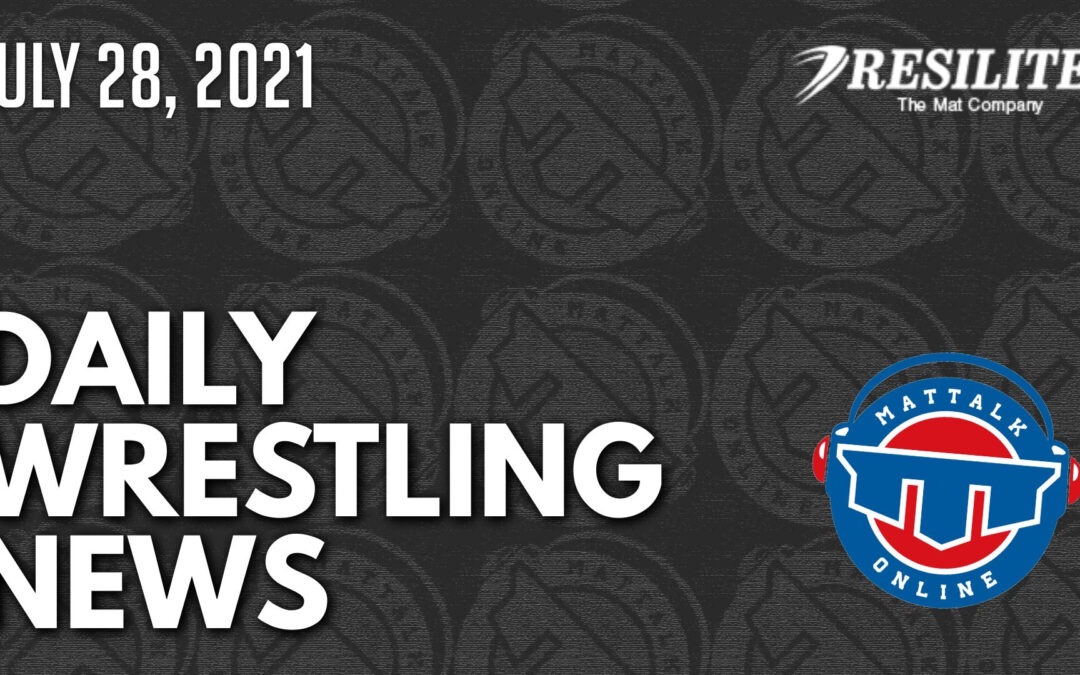 American wrestler Adeline Gray has done everything except win an Olympic gold medal during her outstanding career.

World Champion David Taylor NLWC: Was there a time you knew wrestling was your sport?/ that you would be good?

Bo Bassett won a freestyle gold medal at the Cadet Worlds, but he accomplished something greater than that following his early exit in Greco-Roman.

Derek Levendusky takes an in-depth, weight-by-weight look at the top teams and medal contenders in Tokyo.

There was a five-point checklist Lilly Luft wanted to hit during the United States 16U national tournament last week.

Richards High School graduate Mia Palumbo has won the Tricia Saunders High School Excellence Award as the best female wrestler in the State of Illinois. Over the course of her four years Mia became one of the most accomplished athletes in Richards history.

Got an internet connection flying somewhere over the Pacific, and felt like getting a blog started for the Olympic wrestling competition in Tokyo.

United World Wrestling, the international federation for the sport of wrestling, this week launched its media guide and website for Tokyo 2020, complete with biographies, photos, and videos of each competitor in an easy-to-navigate format.

Oklahoma City has posted a new position on their website for Head Men’s Wrestling Coach.

Today’s episode features two interviews. The first is with Gracie Figueroa, 2021 US Open Champ. Grace wrestles for Menlo College and is vying for a spot on the 2021 World Team. Gracie recently signed with Spartan Combat. Our second interview is with Illinois freshman, Danny Pucino.

Nine head coaches of University of Iowa intercollegiate athletic programs have received contract extensions. The announcement was made Monday by Gary Barta, Henry B. and Patricia B. Tippie Director of Athletics Chair.

Lehigh head coach Pat Santoro has announced the addition of nine student-athletes who will join the Mountain Hawks wrestling program.

The St. John Fisher College Department of Athletics is pleased to announce the expansion of its athletic offerings with the addition of men's wrestling back to its program. The Cardinals will now feature 25 sports at the varsity level and Fisher will join a group of 113 wrestling programs from across the Division III landscape. The College will begin a national search for its next head coach with a full competition schedule set to begin in 2022.