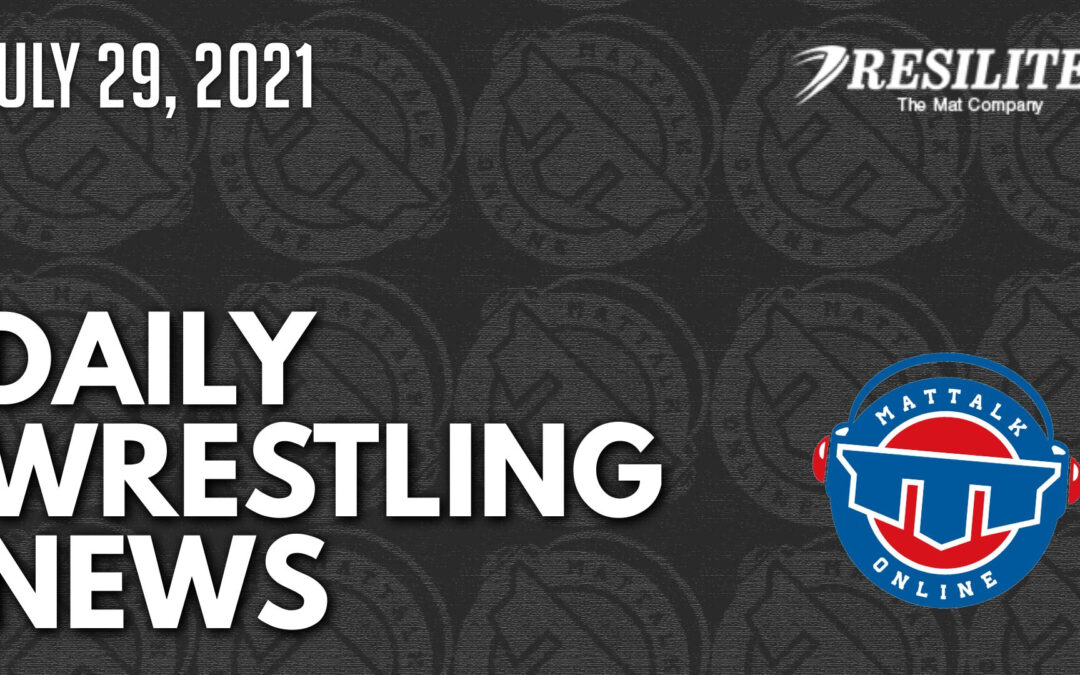 Known as “The Classic Style,” Greco-Roman wrestling isn't exactly the most favored style among American wrestling fans. That doesn't mean it's not worth paying attention to. With 100 past World or Olympic champions in the entire wrestling field, 36 of them are in Greco with nine wrestlers who have stood at the top of the podium at some point in world-level competition at 67kg alone.

Investigation Discovery is examining the strange murder case of wrestler Dave Schultz, who was gunned down by eccentric millionaire John du Pont, seemingly for no apparent reason.

Not all Tokyobound athletes of India have been fully vaccinated against Covid-19. Despite the claims by authorities and officials, men’s freestyle wrestlers, Ravi Dahiya (57kg; in pic) and Deepak Punia (86kg), will be reaching Tokyo ‘partly vaccinated’ with Covishield.

A Columbia man was sentenced to six months in jail Tuesday, but instead will serve a two-year probation for harassment.

Rob Koll pulls no punches about the move he made in late May to pack his bags for Stanford after a 32-year stint guiding Cornell’s wrestling program, including 26 as head coach.

The last 40 years of Greco-Roman wrestling can be divided between the Mijain Lopez era and the Aleksandr Karelin era.

“I have that hunger in me” – Ritu Phogat determined to do whatever it takes to win upcoming fight at ONE: BATTLEGROUND

Indian MMA sensation Ritu Phogat is gearing up to make a successful return to the ONE Circle this week.

Dradyn Ray already had a deal in place to play a sport in college. That wasn’t enough. He wound up with two. The 6-3, 260-pounder hooked up with Ashland University in Ashland, Ohio, soon after Jefferson completed its football season.

In addition to three Junior-level All-American commits, Nebraska as a state crowned a number of Junior and Cadet National Champions

Aaron Seidel was banged-up and unable to compete at Pennsylvania’s freestyle and Greco-Roman wrestling championships in May.

Dalton Jensen guided the Nebraska-Kearney wrestling program to a runner-up finish at the 2021 NCAA Division I Wrestling Championships. UNK finished just 1.5 points behind St. Cloud State. It marked the sixth time the Lopers have finished second at the NCAAs.

Over the next 50 days, we'll bring you one profile per day of a decorated international contender. Make sure you get to know the wrestlers that Team USA will compete against in Tokyo.

Last week it was announced that Tate Picklo had won the Dave Schultz High School Excellence Award for the state of Oklahoma. Tuesday the Hall of Fame announced Picklo as the winner of the Central Region Award.

InterMat Wrestling – Where Could the Big 12 Wrestling Programs End Up?

It was recently reported that OU and Texas are moving to the SEC, and now the college sports world is abuzz regarding conference realignment. Will more schools leave the Big 12? Where will they go? Will the conference fall apart?