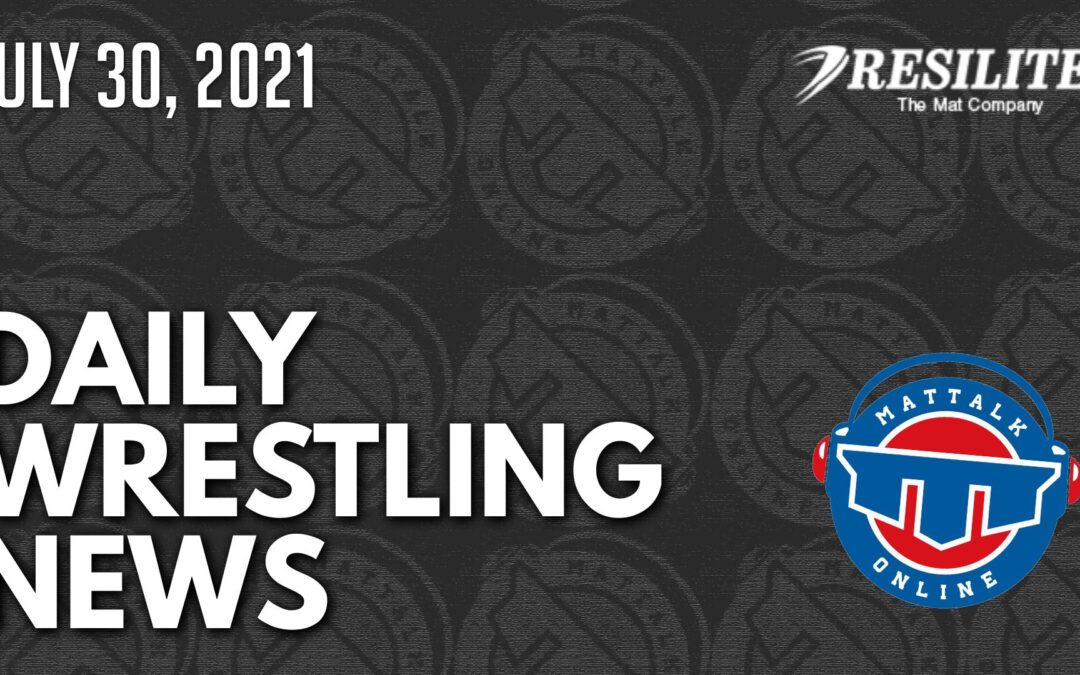 Daily Wrestling News might not be fully active during the Olympic Games due to my work schedule.

There's 37 wrestlers who have won gold medals at the World or Olympic level in their careers, with the most stacked weight being 68kg with nine wrestlers with gold-medal experience.

United States Olympic wrestler Gable Steveson has taken advantage of the new opportunities for college athletes to cash in on their name, image and likeness by signing with clean energy drink company Kill Cliff.

In a battle of Fargo and Super 32 champs, Jordan Williams will take on Caleb Henson at Who's #1 on September 18th.

As the ongoing Tokyo Olympics gets to the halfway mark with no medals yet for Team Nigeria, expectations from Wrestling has suddenly hit the rooftop with all eyes on dancing wrestler, Odunayo Adekuruoye.

Two #1s will be putting it on the line on September 18th for the right to call themselves the baddest big man in high school wrestling.

He was convicted and given two death sentences – the second for ‘waging war against the state' due to his participation in the protests. His brothers were handed 54 and 27-year sentences.

Fatoumata Yarie Camara is used to being thrown to the ground and getting up again, getting back into the fight.

Fresno State President agrees to meet with members of a coalition of community leaders who are asking the school to reinstate cut teams – TheMat.com

Fresno State President Dr. Saúl Jiménez-Sandoval has agreed to meet with a group of Central Valley community leaders to see if they can find a viable pathway to reinstate all three varsity sports the school cut due to the uncertainty of the pandemic.

After winning the 2015 World Championships and 2016 Olympics at 97 kg, Kyle Snyder was well on the way to having an argument as the top pound-for-pound wrestler in the World.

Cason Lindsey had a remarkable prep career at Derby High School. Lindsey set a high expectation inside the wrestling room as a three-time wrestling state champion, four-time state placer and owner of a 143-23 career record.

‘That Was a Memorable Drug Test:’ USA Olympians Tell All – NBC New York

The University at Buffalo wrestling team announced its schedule for the upcoming 2021-22 campaign and it features a number of prominent programs, including two Big Ten schools and one from the ACC.