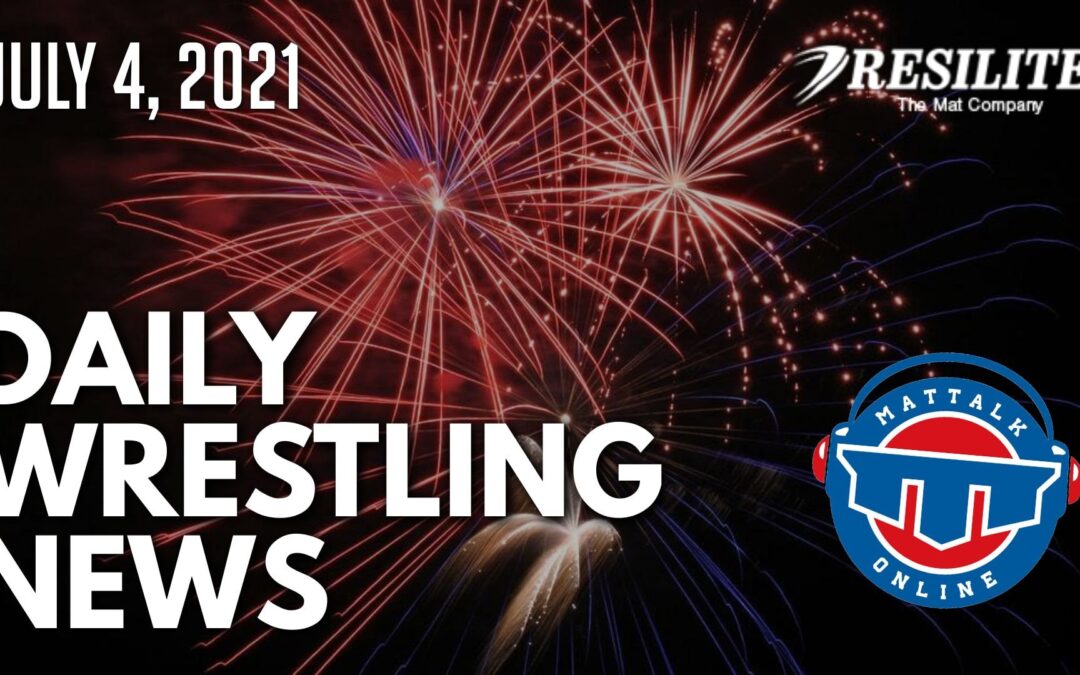 Wrestling champions and brothers Timothy and Christian Decatur, who have risen as formidable opponents on the mat, will be able to achieve a long-held dream of competing on the same team in college.

Penn State wrestling national champion Roman Bravo-Young is one of the more popular college wrestlers around. It seems like Barstool Sports likes his marketability.

A tap out is unlikely after the Newton school board on Monday, June 28 agreed to support the efforts of its athletes and coaches to have the state athletic union sanction girls wrestling as an official sport in Iowa. Doing so would allow districts to compete in standalone girls wrestling tournaments, among other things.

InterMat Wrestling – Hydrating During a Heatwave

Sisyphus, that mythological Greek doomed to push a massive boulder uphill only to have it forever roll down, could very well be the USA Greco Teams mascot.

Cubans to cheer their boxers and wrestlers, but not ball players, in Tokyo | Reuters

Cuban athletes are preparing to leave for Tokyo and the Olympic Games, with fans ready to cheer them on, disappointed that the national sport of baseball did not make the cut but eager to watch their boxers, wrestlers and others compete.

If you need some Spencer Lee swag in your life, the decorated Iowa wrestler has you covered.

The upcoming year will be Marshall’s senior wrestling season, where he is hoping for another trip to the Minnesota State High School League State Tournament.

‘Everywhere there’s wrestling, there she is’ – Butte Sports

Hayla Hoffman is still pissed off about Feb. 20. That is the day that the then Butte High sophomore dropped an 11-10 decision to Baker senior Sophia Dulin in the 170-pound championship match at the inaugural MHSA Girls’ State Championships in Lockwood.

Russia earned two gold medals in freestyle — Soslan Ramonov at 65 kilograms and Abdulrashid Sadulaev at 86 kg. Russia’s Aniuar Geduev was a silver medalist at 74 kg. Kyle Snyder of the United States won the 97 kg class at age 20 to become the youngest American to win Olympic gold.

Indian wrestler Sumit Malik has been banned for two years by the United World Wrestling (UWW) after his B sample also returned positive for a prohibited stimulant.

When Millikin athletic director Dr. Craig White was playing in the NFL with the Buffalo Bills in the 1980s, he didn't have to navigate the world of athletic endorsements.

William Jewell head wrestling coach Keenan Hagerty has announced the signing of the first men's wrestlers in 28 years, and the first signing class of his career. The men's wrestling program was officially reinstated on June 1, 2020, after being discontinued in 1993.

Frank Perrelli, a long-time nationally ranked Senior freestyle wrestler and an alumnus of Cornell, will return to Ithaca to serve as head coach of the Spartan Combat RTC, which is located there.

Which college wrestlers are already taking advantage of NIL – TheMat.com

Beginning yesterday, July 1, NCAA athletes became eligible to earn money through endorsements, capitalizing on their name, image and likeness (NIL). Coming on the heels of a unanimous Supreme Court ruling, the NIL will probably be the biggest shakeup to the college sports model ever witnessed.

Jim Gibson's journey to college wrestling wasn't a traditional route. Growing up in northwest Pennsylvania, on a horse farm between Pittsburgh and Erie, Jim wrestled throughout elementary and middle school.

With the UFC, PFL and Bellator taking the weekend off for the holiday, there are not nearly as many high-profile domestic MMA cards this weekend. However, there are still several former wrestlers in action across Valor FC 84, Titan FC 70, and CFFC 98.

Foeller only new No. 1 in National Girls High School Rankings for June, the final ranking of this season – TheMat.com

USA Wrestling, FloWrestling and the National Wrestling Hall of Fame and Museum has published its eighth national rankings for high school girls wrestlers for the 2020-21 season.

On the first day that the NCAA allowed student-athletes to make money for their services and image, the Big Ten released a list of their top individual social media stars. Three of them were wrestlers.

Gable Steveson is arguably the most marketable athlete not only for the Gophers but maybe across the Big Ten Conference.

Six members of the American wrestling community — four athletes, one coach and one photographer — have been honored with WIN Magazine awards for their accomplishments over the past year.