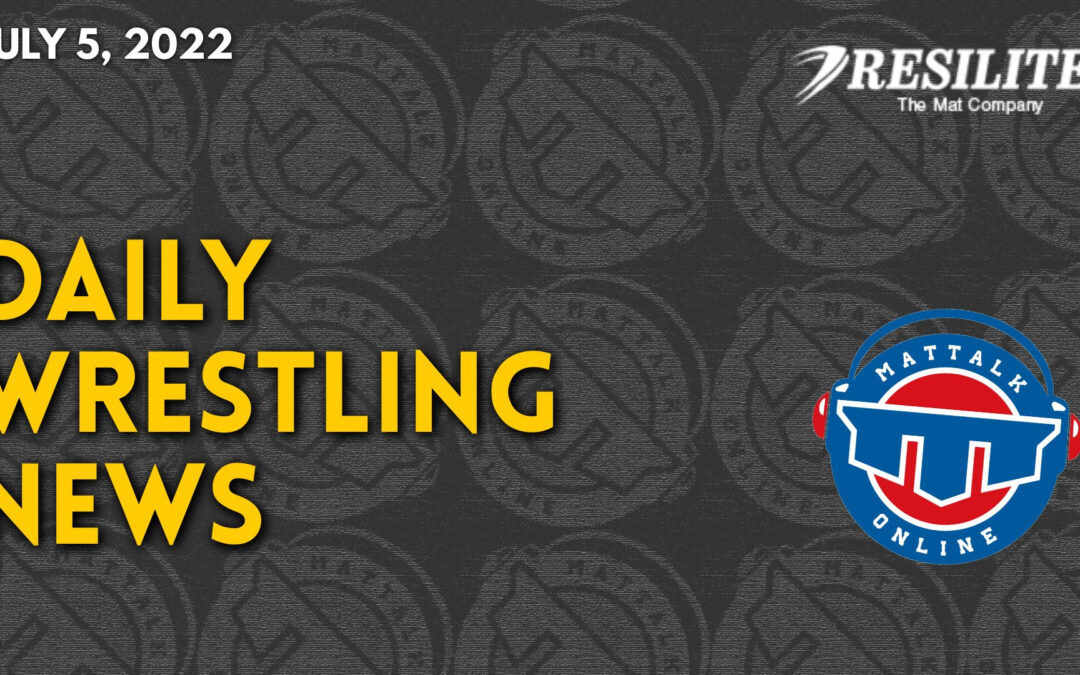 According to the Dodge City Wrestling Facebook page, Damian Mendez passed away on Sunday a due to a heat stroke.

Kurt Angle Talks About his International Experiences and More

For the Fourth of July, we had the idea to reach out to several athletes who had the honor and responsibility to represent Team USA. We wanted to keep this simple, but profound, if that makes sense. We asked two main questions of several notable characters from Team USA lore.

A rundown of the biggest headlines and news from the world of competitive grappling.

A breakdown of Aden Valencia's commitment to Stanford and a summary of his recruiting process.

Girls wrestling isn’t an officially sanctioned sport by the Kentucky High School Athletics Association, but that hasn’t stopped twin sisters Olivia and Addison Messerly of Ryle from dominating the competition they have faced on the mat.

A New Jersey man is facing charges after police say he sexually assaulted a 14-year-old girl in a State College hotel after giving her alcohol.

For most Indian women wrestlers, wrestlers from Japan are not just to be respected but also feared. That reputation is well deserved. And so, India's 6-1 win record against wrestling giant Japan at the Asian Cadet Championship in Kyrgyztan is stunning.

What's next for Oregon State wrestling after a star-studded 2022 | NCAA.com

Objectively, Oregon State wrestling had one of the most successful seasons in the last three decades of program history.

Starting on June 27, USA Wrestling began publishing the state team rosters for the 2022 USMC Junior and 16U Nationals set for Fargo, N.D. State teams will be posted whenever a final roster has been submitted and confirmed with the state association.

The United States came home with a medal and three top-seven finishes at the Beach World Series event on Cousteau Beach on Saturday.

Nyla Valencia of Morgan Hill, Calif., the lone U.S. entry at the Canada Cup, claimed a gold medal at 50 kg in women’s freestyle on Saturday.

Sure enough, they were interested in the idea and I got my first chance to speak with these two legends of the sport. I started with Terry. It was a Thursday. I was nervous, but prepared. Let's go.

A talented field of competitors from four countries: Canada, Jamaica, Republic of Korea, and the United States battled it out for international supremacy as the 2022 Canada Cup was contested on July 2, at Credit Union Palace in Summerside, PEI.