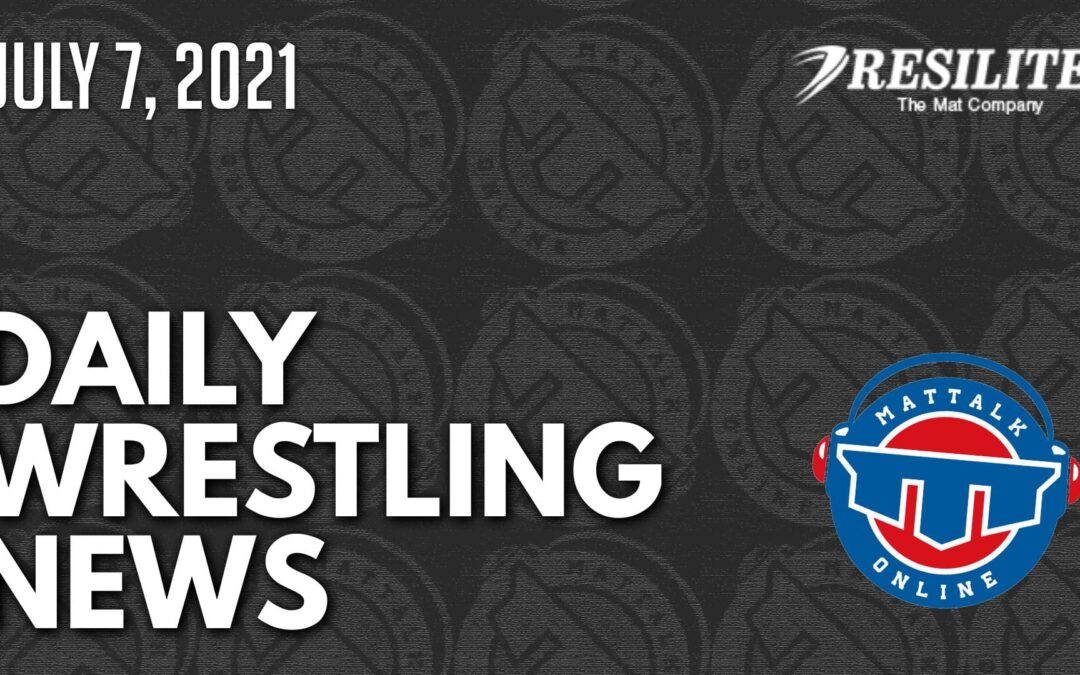 Multi-time World Team member and 2016 Olympian Robby Smith joins the show to discuss retirement, the legacy of Mark Halvorson, and becoming the head assistant coach at the place where it all began, the Community Youth Center in Concord, California.

Can This Ohio Roster Finish Top 3 Like They Did Last Fargo? – FloWrestling

Ohio is bringing 6 nationally ranked guys to Fargo, including 2019 double champ Seth Shumate, but their teams will be have depth with unranked guys as well.

The Oaks have already announced the signing of two transfers for the 2021-22 season in the forms of Antonio DaCosta and Dwayne Guerrero, and now add a third with the signing of Fresno State transfer Christopher Gaxiola.

Odunayo Adekuoroye, Nigerian wrestler, says she will “definitely” win a historic gold medal for the country at the Tokyo Olympics later this month.

Port Clinton's Cadence Wallace ready to wrestle at USA Junior Nationals | Sandusky Register The rising junior pushes herself on the mat and in the classroom while helping out at home.

Until recently, Cadence Wallace had no choice but to wrestle with the boys. And when she first started, in her own words, she “got (her) butt kicked a little bit.”

Like many other college athletes, 3x NCAA Champion and 3x Cadet/Junior World Champion has officially started capitalizing on his Name, Image and Likeness.

Kylie Welker of Wisconsin, the high school junior who reached the finals of the U.S. Olympic Team Trials in April, is listed on the Wisconsin roster for the USMC Junior Nationals in Fargo, N.D., which begins late next week.

Our SoCon correspondent Rachel Gallardo is back to talk about a variety of topics. First and foremost, is an update on the Bellarmine head coaching search. Could the Knights be close to a hire? Also, plenty of information about coaching vacancies in the conference and camps/fundraisers.

Jason Borrelli, the first-year head coach of American University wrestling, has been honored by WIN Magazine as the 2021 Dan Gable Coach of the Year. Borrelli earned the award for his work at Stanford University during the 2020-21 season, which included coaching national champion Shane Griffith and helping save the program from getting cut.

If you don't know about Greco-Roman Wrestling, you will after meeting Alejandro Sancho. The athlete not only qualified for the Tokyo Olympics in the sport, but he's also a specialist in the U.S. Army.

How This Olympian, Five-Time Senior World Champion Is Breaking The Stigma On Female Wrestling – Forbes

U.S. Olympic wrestler and five-time senior world champion, Adeline Gray, serves as a role model for the next generation of female wrestlers and embraces sports psychology as a way to prepare for the games mentally.

In May this year, in Vancouver, British Columbia, retired sawmill worker Balbir Singh Dhesi came across a news article from his home country of India.

Nick Showman’s initial evaluation of any athlete that walks through his doors at Showtime Strength and Performance never changes.

22-year-old Deepak Punia is the youngster to look out for this Olympics as this wrestler is full of surprises.

We are just over a week from the Junior and 16U National Championships, otherwise simply known as “Fargo”. Before we get into any previews for the 2021 action, take a look at the Junior national champions from the last ten tournaments. Of course, there was no tournament in 2020.

National Wrestling Hall of Fame to “Celebrate Wrestling in the Olympics” in July and August – TheMat.com

The National Wrestling Hall of Fame and Museum announced that it will “Celebrate Wrestling in the Olympics” throughout July and August by emphasizing Olympians and their achievements.

Alec Pantaleo is a 3x All American for the University of Michigan and has been lighting up the freestyle scene this summer. He just won the Poland Open and will be gunning for his first Senior World Team this fall. In college, Alec was coached by Josh Churella, Sean Bormet and now the great Sergei Beloglazov at the Cliff Keen Wrestling Club. Connect with Alec on Instagram and Twitter: @alecpantaleo.