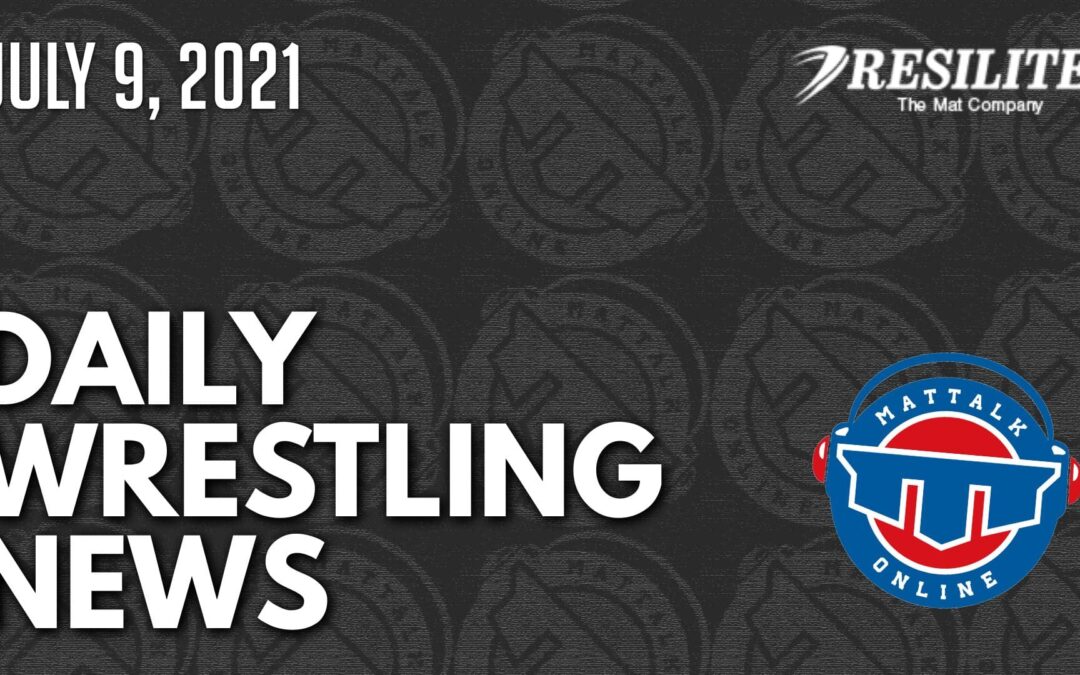 The Golden State is a serious player each and every year in Fargo. All-time, the state ranks third in total All-Americans across all styles with 1,572 medals, just four behind second-place Pennsylvania.

For a three-year stretch, two-time U.S. Greco-Roman World Teamer Jake Clark pioneered an initiative for wrestlers who were Americans stationed with their parents overseas to compete in Fargo.

The state officially sanctioned high school wrestling for the 2008-09 school year and there’s been a lot of attention on the growth in Arkansas. What was once a landscape devoid of wrestling, there’s seven men’s college teams and two women’s college teams in existence.

Right on cue, the Name, Image and Likeness activity is picking up, as we're exactly one week since NIL went into effect and it's getting better by the day.

Nittany Lion Wrestling ClubTravel to the Henri Deglane Grand Prix in France with Olympians Kyle Snyder and Thomas Gilman. Get an exclusive behind the scenes look as they prepare and compete in an elite international competition.

An argument can be made that Mike Moyer loves wrestling more than anyone — ever. He has become the sport’s megaphone for the values and virtues that only wrestling can provide.

Amit Elor hasn't been on the mat much lately, mainly because her matches don't last long.

He wears our nation’s uniform as a Marine to work every day. This summer, in Tokyo, he’ll don the red, white and blue for the first time as an Olympian.

Kyle Snyder is ready for the Russia vs. U.S.A. Olympic showdown.

It’s been less than four months since Jake Wentzel and Nino Bonaccorsi made the finals of the NCAA Division I Wrestling Championships, but that success is already paying dividends for the Pitt Panthers.

It started with pen and paper. It will end with memories and see-you-laters. In November 2005, a letter from Nebraska wrestling coach Mark Manning to Jordan Burroughs not only helped land the wrestling phenom from Sicklerville, New Jersey, but helped carve the face of Team USA wrestling over the last 15 years.

William Jewell head wrestling coach Keenan Hagerty has announced the first addition to his staff since the reinstatement of the program with the hiring of assistant coach Brent Haynes.

Roster Release: Illinois Going For 4 Straight + Trying To Get Back On Top – FloWrestling

Will the lack of graduated seniors allow Pennsylvania and Iowa to stop Illinois from four-peating as Junior Freestyle champions?

Matt Sorochinsky's wrestling life has run the gamut. He was 145-pound state champion for Johnson City High School in 1991, had second- and third-place NCAA Division III finishes at Ithaca College, was assistant coach at Johnson City, Bainbridge-Guilford/Afton, Oneonta State and Binghamton University, and has been a college official since 2002 after starting as a youth and high school official.

Jake Stevenson, a 2007 NAIA national champion and four-time All-American, has guided Morningside's wrestling program to a 77-40 dual meet record in his nine seasons as head coach. He has led the Mustangs to three Great Plains Athletic Conference championships and five conference runner-up finishes. Morningside is consistently ranked among the top-20 NAIA wrestling programs in the nation.

The University of Pennsylvania's Hall of Fame Head Coach of Wrestling, Roger Reina C'84, WEV'05, is excited to announce the addition of B.J. Futrell to his staff as an assistant coach for #TheMovement.

With the NC State wrestling team, #Culture is not just a new hashtag to promote the Pack on social media. #Culture is what the coaches, staff and student-athletes believe you need to build a winning program.