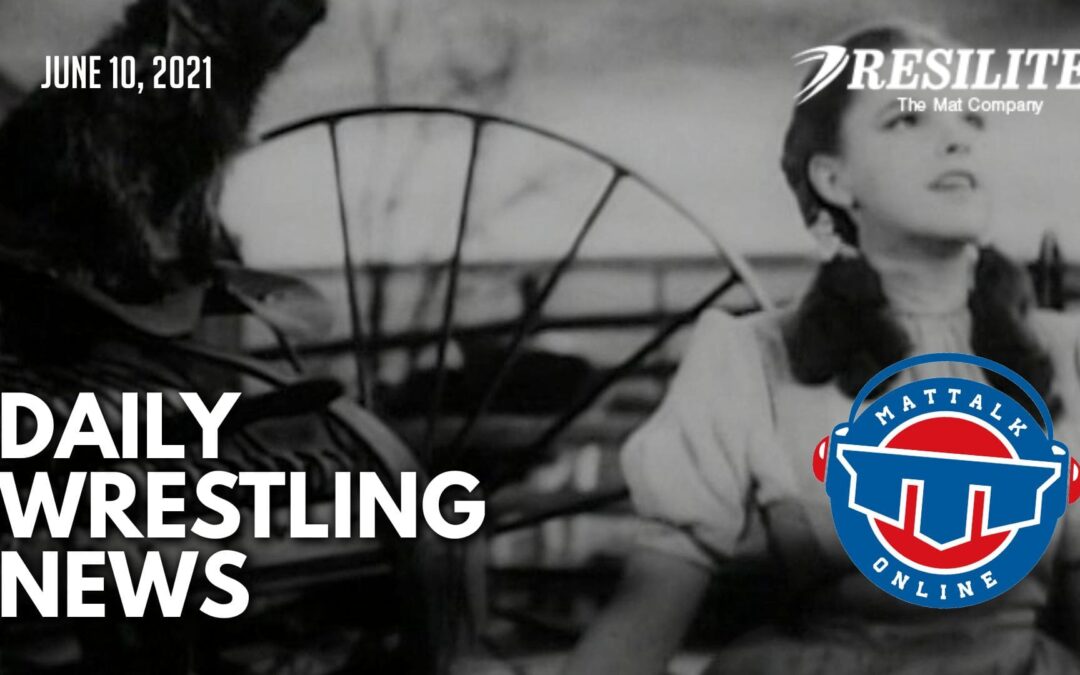 Today's factoid is about Judy Garland. On this day in 1992, the star of The Wizard of Oz (and a bunch of other stuff). While not exactly doing to do a deep dive of her career, I'm 41 and you couldn't not watch The Wizard of Oz when it came on TV once a year. Then in college, there's that thing about Pink Floyd or something. Never did that. Heard about it though. Judy Garland. Cool.

This first story is a hit piece. Skip it if you want.

A failure to report is the basis for the three allegations against the Bulldogs’ coach in the investigative reports from Atkinson, Andelson, Loya, Ruud & Romo.

On Episode 663 of the Short Time Wrestling Podcast, the Dan Hodge Tribute Series comes to a finale as Jack Roller explains how and why he started bringing Dan Hodge to his tournaments and the impact Hodge had on thousands of wrestlers long after his competitive career was over.

The Greater Spokane League usually fills the winner’s podium at the state wrestling tournaments. This year would have been no exception – except that the pandemic eliminated Mat Classic 2021.

Eleven Pennsylvania girls’ state wrestling champions stood on the staircase in the Capitol rotunda Wednesday morning, flanked in photos by lawmakers who organized a day with the Senate and House of Representatives to recognize their achievements.

Aker AL-OBAIDI, an Iraqi-refugee currently living, working, and wrestling in Austria has been named to the IOC Refugee Team for the 2020 Olympic Games in Tokyo.

The USA wrapped up day one of competition at the Cadet and Junior Pan American Championships on Thursday in Oaxtepec, Mexico, with 10 medals, including seven gold medals and three silver medals.

Purdue wrestling head coach Tony Ersland and crew bring you a summer update on the Always Aggressive Podcast, diving into the Boilermakers' results from the U23 Freestyle Championships, the announcement of the non-conference schedule and some info on the newest group of Boilermakers set to come on campus.

Director of Athletics John Sutyak has announced that Logan Meister '17 has been promoted to Head Men's Wrestling Coach at Ferrum College.

The men’s freestylers closed out their tournament at the Poland Open this afternoon, collecting four more medals. Yianni Diakomihalis was the lone champion, taking gold at 65 kg.

On this edition of Heads Up – A USA Wrestling Coaches Council podcast, Mike Clayton and Mike Hagerty sit down with the legendary Kenny Monday. A two-time NCAA runner-up and a 1984 NCAA champion for Oklahoma State, Monday went on to have one of the greatest freestyle careers in U.S. history, earning gold at the 1988 Olympics and the 1989 World Championships and silver at the 1992 Olympics and 1991 World Championships.

Tony Ramos made his mark on college wrestling as an intense and hardworking 133 lber for the Iowa Hawkeyes with three top-three (3,2,1) finishes at the NCAA championship.