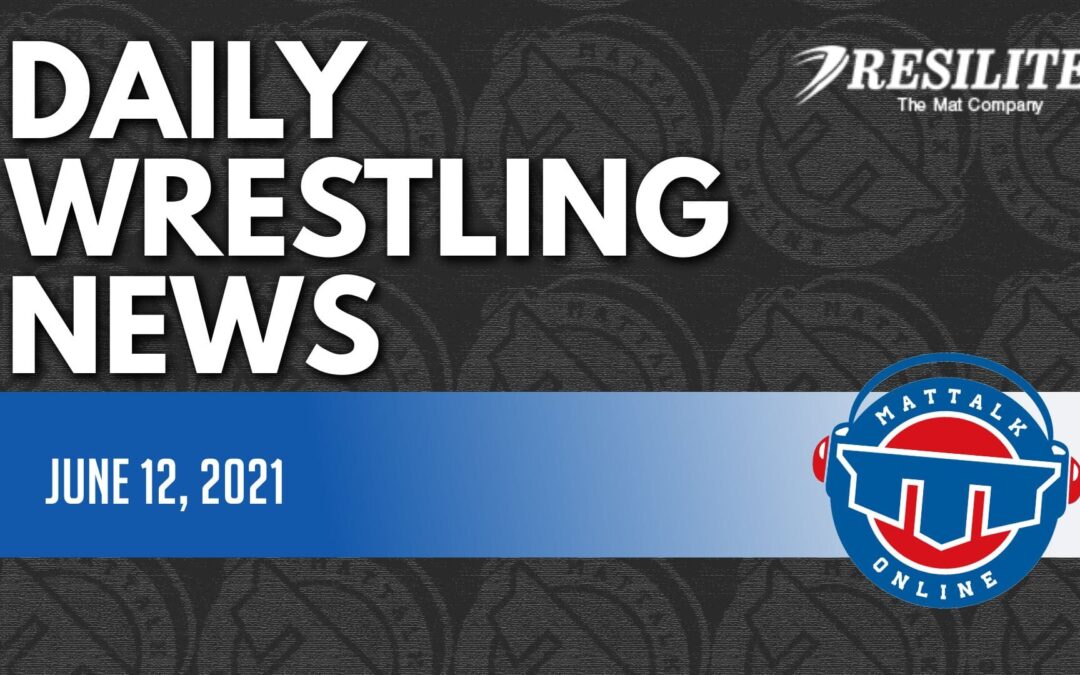 Another wrestling card is coming your way and this one's going to be free! The details about FCA Wrestling's Truth & Technique Live, which is coming June 18, will be highlighted on Episode 664 of the Short Time Wrestling Podcast with former Chattanooga head coach Heath Eslinger.

Nigeria’s Odunayo Adekuoroye earned gold in impressive fashion on the second day of women’s freestyle competition at the United World Wrestling’s Poland Open at the Ursynow Arena in Warsaw.

Wrestling at Tokyo Olympics may be 50 days away but Warsaw witnessed a mini-Olympics at the Poland Open as eight out of the 16 qualified women's wrestlers were in action at the 68kg on Friday.

It was all women’s freestyle action today at the Cadet and Junior Pan American Championships, where 12 athletes claimed gold medals in Oaxtepec, Mexico.

On Friday night, Kyle Crutchmer looked to shake off his only MMA loss in a matchup with undefeated Bellator fighter Levan Chokheli. Crutchmer entered the fight with a 6-1 record, taking on Chokheli who was 9-0.

Minnesota Blue put together a big win over Oklahoma Outlaws Blue in the finals of the 16U Greco-Roman National Duals, 48-26, and Illinois edged out Pennsylvania Blue in the 14U finals, 39-38.

You can read my full response here, but part of the answer was that small town kids congregating to mega-power teams was a big factor.

Isaiah Martinez is back on the podcast and this time Cenzo is here for it! We talk about IMAR's upcoming match with Jordan Burroughs on June 18th, recovering from surgery, his NCAA rivalry with Cenzo, and much more. A must-listen for every college wrestling fan! IMAR joins 17 minutes in.

By the time the Olympics roll around in August, German legend Frank Staebler will be 32. His legacy as one of the all-time great Greco-Roman wrestlers has already been defined; however, he is still seeking one of the most prestigious honors in sport, an Olympic medal. Particularly a gold medal.

It was the calm before the storm. Odunayo ADEKUOROYE (NGR) jumped before the start while Helen MAROULIS (USA) was focused in her customary prayer before the bout.

Three-time Olympic medallist and reigning world champion Mariya Stadnik of Azerbaijan was an unstoppable force as she won the under-50-kilogram title at United World Wrestling’s Poland Open in Warsaw.

The recruiting scene went from absolutely nothing for over a year to a thousand miles and hour. The race is on to get the verbal commitments from recruits and to then follow through on signing day. The prize is to get the recruits to sign and make it official. A verbal commitment is nothing without the signed letter of intent.

Head coach Josh Moore of the Cleveland State University wrestling team announced Friday that 11 student-athletes have formally committed to continue their careers with the Vikings.

In preparation for his eighth season at the helm of the Army wrestling team, head coach Kevin Ward announced that Jesse Dellavecchia will join his staff for the 2021-22 slate on Wednesday afternoon. Dellavecchia, a 2021 NCAA All-American at Rider University, will serve as a volunteer assistant coach.