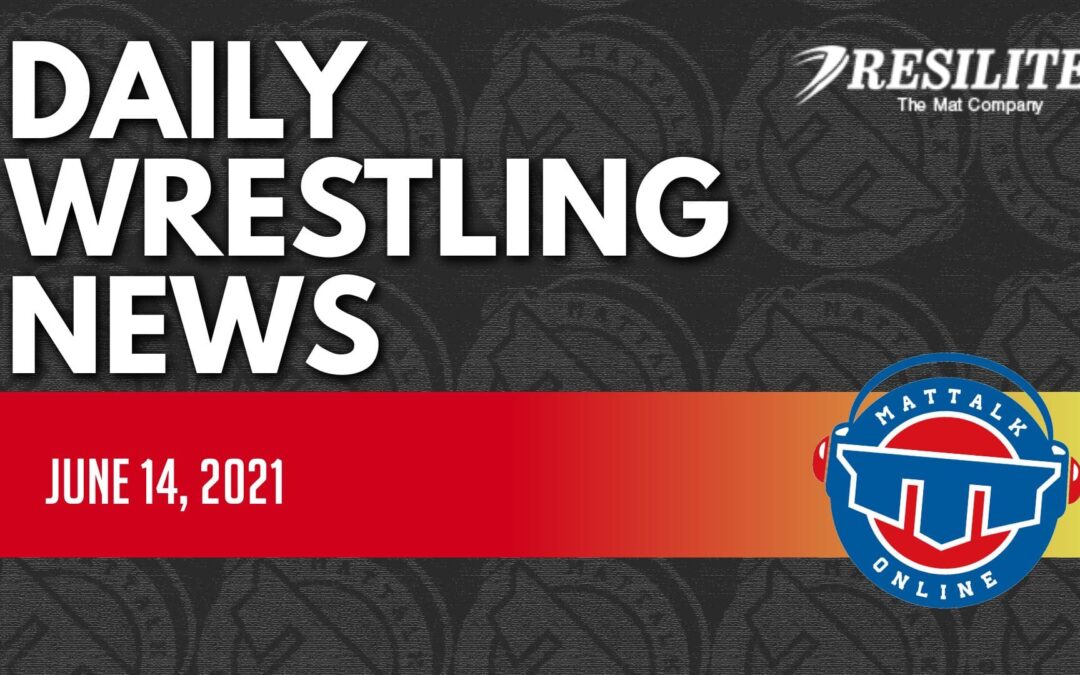 On this day in 1995, the Houston Rockets completed a four-game sweep of the Orlando Magic in the NBA Finals. Game one will always be remembered by this Orlando fan as the day Nick Anderson forgot to shoot free throws.

It was a busy week for United States Greco-Roman with action taking place on three continents featuring multiple age groups.

Martinez took both Goddard wrestling and girls soccer to heights never seen before. He helped many wrestlers place at state in all weight classes.

The last 12 weight classes were contested today as the Cadet and Junior Pan American Championships concluded on Sunday in Oaxtepec, Mexico.

“The smallest,” Roman VLASOV (RUS) did not mince his words when asked about his chances to make the Russian team for the Tokyo Olympics.

The message from his wife on the handkerchief tucked away in his singlet impelled Yuki TAKAHASHI to be confident and assured him “it was going to be a good day.” How right she was.

The top 4 seeds for Men's Freestyle at the Tokyo Olympics have been established. See how Team USA will be impacted by the Olympic seeds.

Ohio Red and Minnesota Red claimed titles in freestyle at the 16U and 14U divisions, respectively, at the 2021 National Duals in Westfield, Ind.

Team USA wrapped up a successful Cadet and Junior Pan American Championships, earning 11 gold medals and one silver medal in the final day of competition in Oaxtepec, Mexico.

The last of the U.S. wrestlers wrapped up competition at the Poland Open today, as Alan Vera went 1-1 at 87 kg in Greco-Roman.

Tim Shiels was inducted into the National Wrestling Hall of Fame during the Honors Weekend on June 4-5 in Stillwater, Oklahoma as a Meritorious Official. Shiels was originally scheduled to be inducted in June 2020, but the ceremony was delayed a year due to the COVID-19 pandemic.

Ben Gavel deserved better. Yes, the Unity senior was able to get one final high school wrestling season in this spring with the Rockets. He didn’t take it for granted (more on that later).