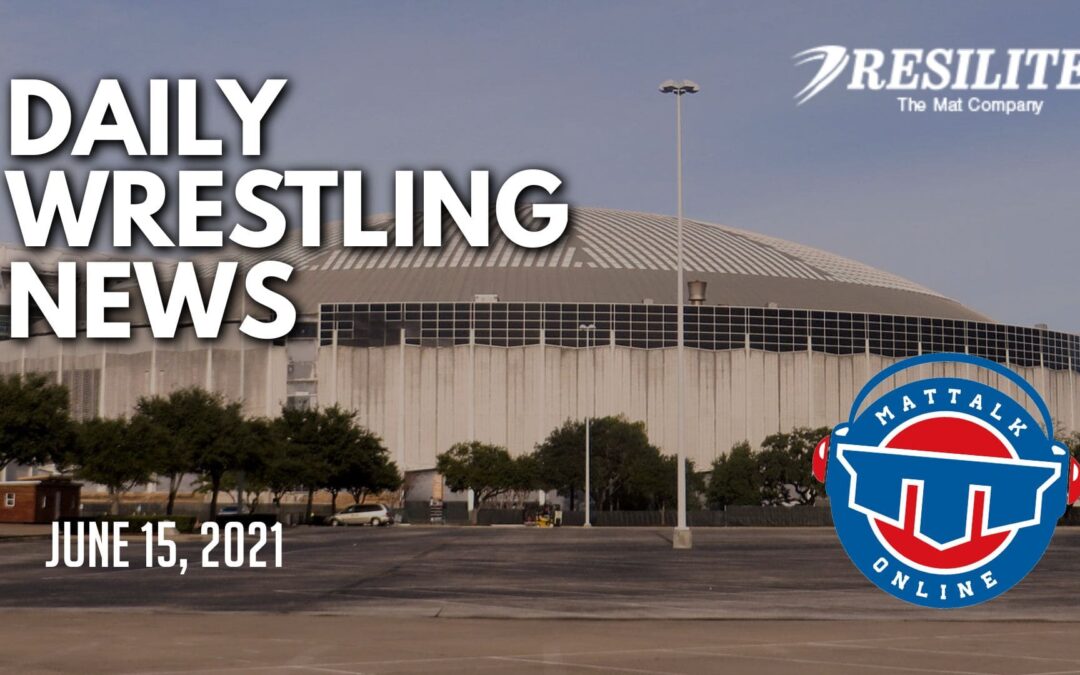 On this date in 1976, the Houston Astros and their legendary home, the Astrodome, had a rain out. Yes, a domed stadium had a rain out. Channeling your inner Crash Davis, here's what happened. The heavy rains make it difficult for visiting team and umpires to get through flooded streets of Houston to the stadium. No word on whether or not they had to bang on trash cans to find their way. Here's a story about the situation, posted in 2018 by the Houston Chronicle.

Chance Leonard recently completed The Price of Legacy, a documentary about the legendary Perry High School wrestling program in Perry, Oklahoma. That documentary goes live on June 15 on Amazon Prime, Apple TV and Google Play. Leonard will talk about the film, the town and all that goes with it.

Adam Coon’s dreams of competing in the Tokyo Olympics are over, but his athletic career is not.

Broken Arrow has announced that Hall of Fame Coach Ernie Jones will added to their staff.

Kayla Miracle is the first out LGBTQ Olympic wrestler, headed to Tokyo – Outsports

Kayla Miracle has been dreaming of her Olympic moment since she was 4 years old. The wrestler born and raised in Indiana found the sport early in life as her siblings and father competed in and coached wrestling.

A jovial Kamaru Usman was seen interacting with a group of kids upon his recent return to Nigeria.

University of the Cumberlands Athletic Director Chris Kraftick has announced that Corey Ruff has been named the new Patriots Men's Wrestling Head Coach Monday afternoon. Ruff becomes the sixth coach to lead the program, replacing Jordan Countryman, who stepped down earlier this summer.

Reminder: Elections to be held for USA Wrestling Standing Committees Positions; nominations due by July 19 – TheMat.com

Elections will be held at the next USA Wrestling Board of Directors meeting to fill positions on several Standing Committees of USA Wrestling.

I'll never forget my first trip to NCAAs to watch my husband, Richard Perry, and five of his teammates from Bloomsburg University compete.

Dan Gable is a 15x NCAA National Champion coach for the University of Iowa and 2x World Champion, winning the 1971 Worlds and 1972 Olympic Gold Medal. In this episode Dan shares a story about Rick Sanders (2x Olympic Silver Medalist) that you’re not going to want to miss.