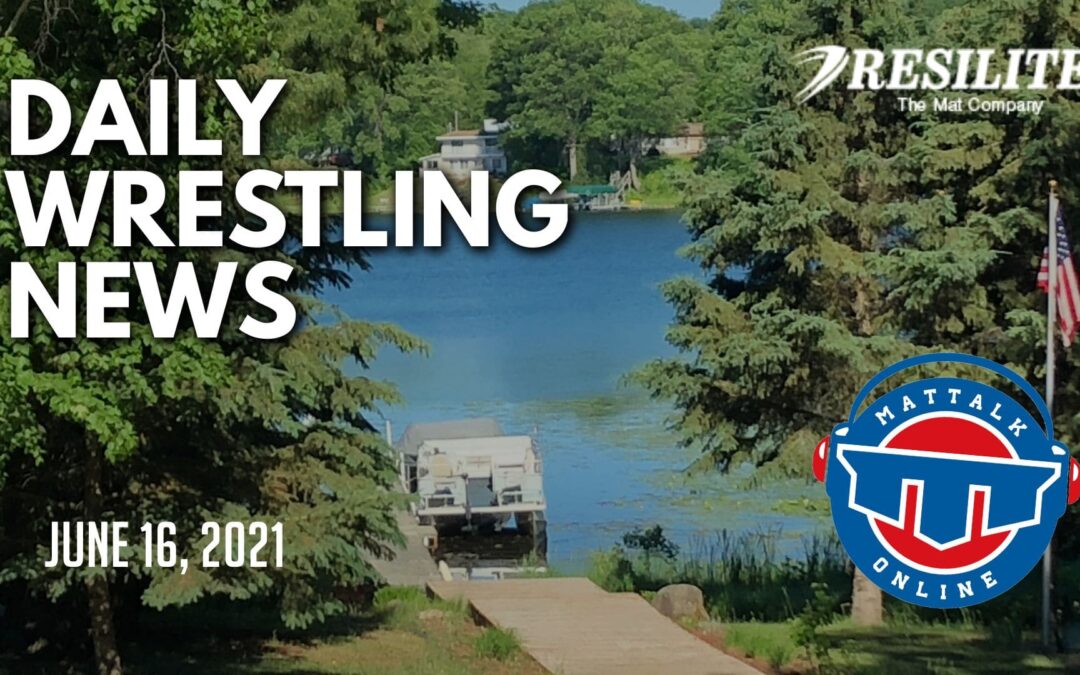 No factoid of the day, other than news posts might be slower due to fishing up at the lake.

“Wrestlers, specially at that elite level, have unbelievable balance, core strength, things that I think would translate well to an offensive lineman,” Vrabel said.

The two young steeds, whom Caruso and his associates bought last fall in Kentucky, are in training to start competing in the coming weeks. They may run at some of the premier courses in New York, including Belmont Park and Saratoga Springs.

The striking similarities between two Olympic-bound Maliks of Indian wrestling: Anshu and Sonam – The Bridge

Female wrestlers Anshu Malik and Sonam Malik are the newfound stars for a country full of sports fans who wait patiently for their next big sporting superstar. The duo qualified for the 2020 Tokyo Olympics after their splendid show at the recently concluded Asian Olympic Wrestling Qualifiers.

As far as wrestling coach Vaughn Black knows, Lebanon High School has never hosted a camp quite like the one coming up this weekend.

I did not take any stimulant but was on painkillers: Sumit Malik – Hindustan Times

Suspended Indian wrestler Sumit Malik on Tuesday said he has no idea how a banned stimulant entered his body but admitted that he was on painkillers during the recent Olympic Qualifiers and had informed the world body about that before taking the mat.

First team to arrive for the Games was Australias softball squad. The distance, not great, but the preparations and precautions MUST have weighed heavily on the Lady Thunder from Down Under.

Throughout the past couple weeks, we have seen each weight's Top-20 Fantasy Wrestlers on display from the 2021 season with some surprising names in surprising places. For one last look into last season point totals, let's look to see how each Fantasy Rank Grouping would fare as a “team” entering the NCAAs.

Chael Sonnen is a UFC legend, ESPN analyst and co-host of Ariel and the Bad Guy. As a UFC fighter, Chael battled Anderson Silva, Jon Jones and many others in a HOF-caliber career. As a wrestler, he was an All American for the University of Oregon.

Today, three-time NCAA All-American Evan Wick made his transfer destination public. Wick will be returning to his home state of California to compete for the Mustangs of Cal Poly.

The Williams Baptist University athletics department announces the hiring of Tyler Fraley as the new head coach of its wrestling program. Fraley is the third head coach in program history and inherits a program that sent nine wrestlers to nationals and produced one All-American last year.