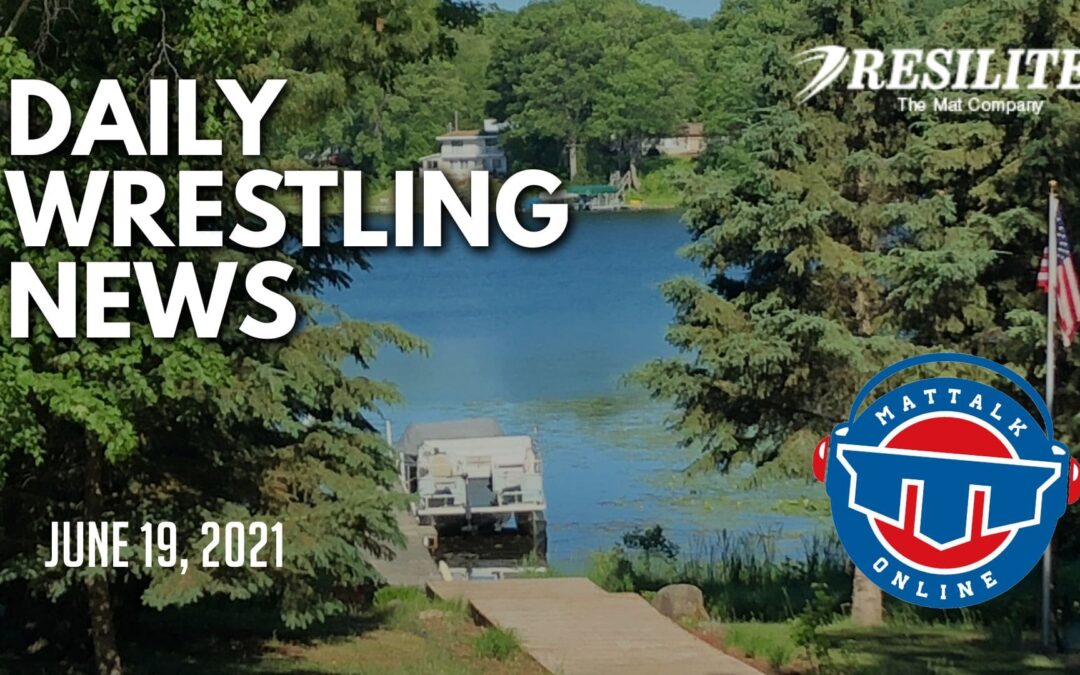 Evolving Name Image and Likeness rules are creating endorsement opportunities for athletes, and AJ Ferrari is about to cash in.

MIAA wrestling tournament gets underway, but not all the top teams opted to compete – The Boston Globe

On Friday, for the first time since the New England tournament ended on March 7, 2020, postseason wrestling took place in Massachusetts.

When the medalists aren’t the money-makers | The Stanford Daily

Kyle Dake, a member of the U.S. Olympic wrestling team that will compete in Tokyo this summer and a four-time NCAA champion, graduated from Cornell University in 2013. Dake said he was glad his college experience gave him both strong academic and athletic training.

Four teams separated from the pack Friday and ran through the opening day of freestyle competition without a loss at the Junior National Duals.

With her performance at the 2021 Poland Open Ranking Series in Warsaw, where she humbled some of the finest wrestlers in the world, it is clear that Odunayo Adekuoroye is inching closer to becoming the first Nigerian wrestler to mount the podium at an Olympic Games.

Groomed by Yogeshwar Dutt, who won bronze in the London 2012 Olympics and whom Punia regards as his mentor, he is now training in Russia under his coach, the 2019 World Champion David Baev.

Bald Eagle Area is now the 12th school district in Pennsylvania — and the only one in Centre County — to add girls’ wrestling to the sports it offers.

Pennsylvania wins title in both freestyle and Greco-Roman at 14U Girls National Duals – TheMat.com

USA Wrestling includes a 14U Girls division at the Junior Nationals, providing another opportunity for young women to test themselves at the national level.

On Friday, the National Wrestling Coaches Association announced the full slate of 2021 Scholar All-American honorees for the NJCAA with awards going to 67 individuals representing 16 institutions.

On this episode of Mat Chat, David Mirikitani interviews Alec Pantaleo fresh off his gold medal performance at the Poland Open.

Fanco Wrestling | Can Penn State Win NCAAs with this 2022 Lineup?

For the past decade, the question at the beginning of the year has been: can anyone beat Penn State for the NCAA trophy?

Only 3 of the 13 four-time state champs in Pennsylvania have ever won an NCAA title. How come the best high school state for wrestling has such a low percentage of 4xers winning at least ONE title?

Coming into the 2021 Junior National Greco-Roman Duals, Illinois had won three straight team titles, including the most recent one held in 2019. With the COVID-19 pandemic cancelling last year’s event, it would be a different group of wrestlers tasked with trying to make it four in a row for Illinois.

This evening, Shane Griffith announced via social media that he would remain at Stanford.

On paper, the big showdown between returning Junior Women’s Duals national champion Illinois and perennial power California looked to be a toss-up. Illinois had nine nationally ranked wrestlers on the roster, with California bringing eight, and both teams looked strong in their first three Gold/Silver Pool dual meet wins.

You could easily make the case that wrestling is the best base for a career in MMA fighting. Many former collegiate and international wrestlers go on to win titles in the sport.

Yesterday, news made the rounds of social media stating that Mississippi had finally sanctioned wrestling at the high school level. For boys, that would make it all 50 US states that currently sanction the sport. It sounds like a reason for celebration; however, it's not entirely accurate.

Officials from The Democratic People's Republic of Korea have notified United World Wrestling and the International Olympic Committee that they will not be attending the Summer Olympics this year in Tokyo.

Russia leads Ukraine by four points heading into the closing day of women’s wrestling action at the Cadet European Championships.

Former Northern Iowa wrestler Keegan Moore will be finishing his career back in the state his college career began. After three seasons in Cedar Falls and as a member of UNI's wrestling team, Moore announced today on his personal social media accounts that he will be transferring to Oklahoma to close out his career.

A year away from the mats did nothing to slow the recruiting progress of the Millersville University wrestling program directed by Coach Kerry Regner. Regner and assistant coach Ryan Whittle landed a haul of 11 incoming athletes who will compete for spots in the lineup in 2021-22 season.

A Season Unlike Any Other – Stanford University Athletics

In the face of a global pandemic and sport discontinuation, the 2020-21 Stanford wrestling team found a way to persevere and remain a family. It was truly an unprecedented time for the Cardinal program.

Canada will return to the mats over the next two weekends to compete at the Sassari City and Yasar Dogu tournaments.