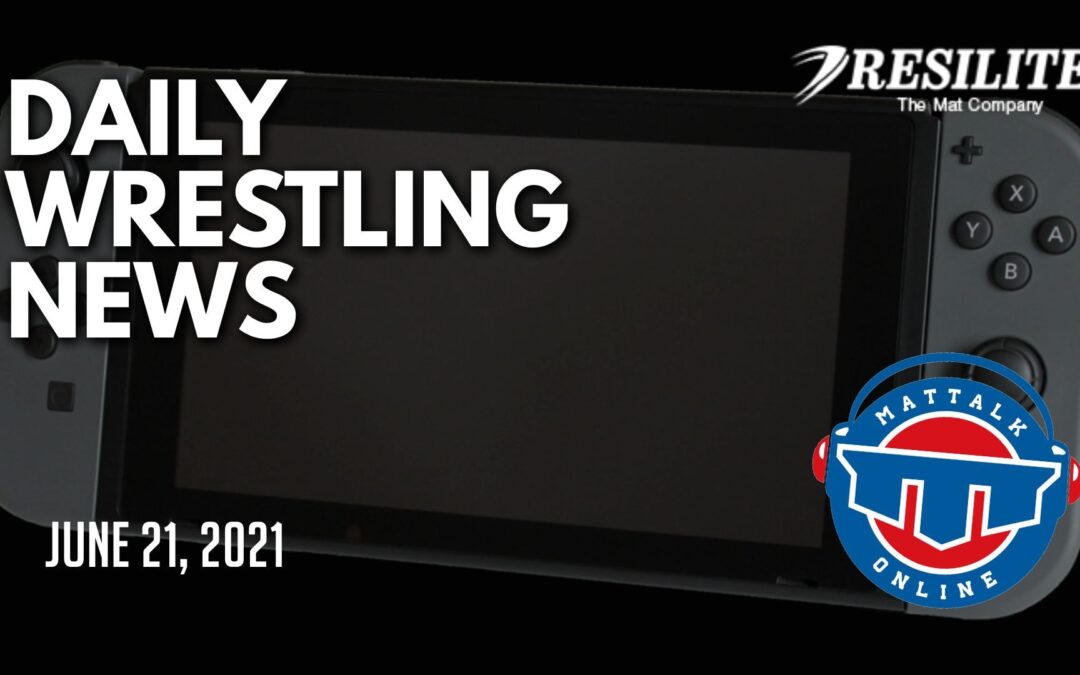 Today, I'm setting up a Nintendo Switch. I remember the time when you opened up the game system, plugged it in, inserted the cartridge and went to town. That took two hours to set up. Now the news since I'm back from vacation.

The Kasper Brothers (Jacob and Drew), who were top college wrestlers, are also being praised, as is top college wrestler Bobby Steveson, the older brother of Gable Steveson. Bobby is scheduled to officially start with WWE on the roster in the next class.

Russia came into the final day of women’s wrestling at the Cadet European Championships with a four-point lead over Ukraine. After winning four of five medal matches on Friday night, they claimed the team title with 179 points. In the end, Russia finished 24 points ahead of Ukraine and picked up medals in nine weight classes – including a trio of titles.

Today, in cooperation with UNHCR and the International Olympic Committee, United World Wrestling stands together with refugees across the world in raising awareness for those who continue to preserve while searching for a brighter future — including wrestling’s own Aker AL-OBAIDI.

Grace Stem, a senior wrestler for Bald Eagle Area High School, made the U.S. Cadet World Team for women’s freestyle less than a month ago and has since been vigorously training for United World Wrestling championships, slated for July 19-25 in Budapest, Hungary.

Iowa’s Junior men’s freestyle team looked strong over both days of the 2021 Junior Freestyle National Duals, but may have saved its best wrestling for the championship finals.

he Wayland Baptist University community is mourning the death of three of its students as a result of an early afternoon automobile accident in Floyd County today.