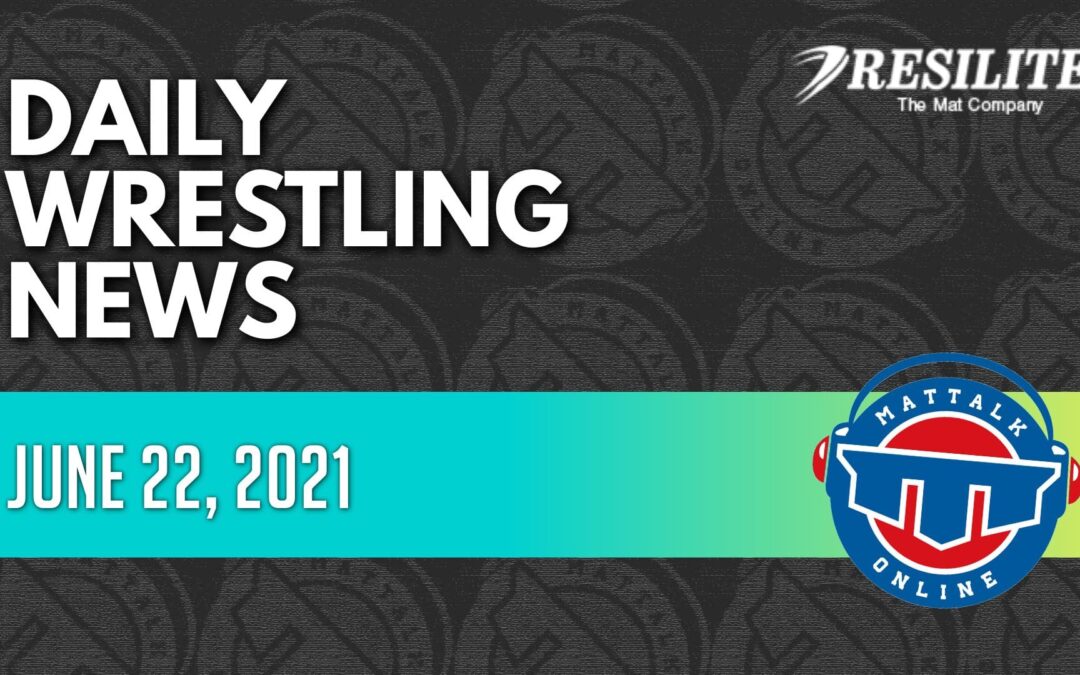 Up to 10,000 domestic spectators will be allowed in Tokyo 2020 venues, Olympics organisers said on Monday, a decision that cuts against the recommendation of medical experts who said holding the event without fans was the least risky option.

Good, Bad and Ugly of Indian Sports in the Olympics cycle between Rio and Tokyo – The Bridge

With just one month to go for Tokyo Olympics, let's have a look at the good, the bad and the ugly turn of events that have been the summary of Indian sports.

United World Wrestling has announced top-four seeds for each of the six weights for the Olympic Games in Tokyo. Seeds for the other two styles will be forthcoming, as well.

Hi there Penn State wrestling fans. It’s been a minute, right? Do you remember WAY back in March 2021, when Greg Kerkvliet took home fourth in the B1G Championships, seventh in the NCAA Championships, and earned All-American status?

Phillipsburg wrestling has a new boss. Brad Gentzle, a Stateliner assistant coach for the last 12 years, was approved by the Phillipsburg School Board in a Monday night meeting.

The IWCOA will be hosting the 2020-2021 Illinois State Wrestling Championships at the Bank of Springfield Convention Center in Springfield Illinois.

As the Olympic Games approach, we’ll start a series of articles looking at which countries are historically the best at each Olympic weight. First, we’ll look at the lightest weight, 57kg, by analyzing the results from the World Championships and Olympic Games since 2000.

Snow College Athletics Director Rob Nielson today announced Snow College will be adding men's and women's wrestling. Recruiting will begin in the fall of 2021 with competition beginning in 2022.

Tom, The Big Cat, Erikson is one of the all-time great heavyweights of freestyle wrestling. Despite never qualifying for the Illinois High School state tournament, Tom made the finals of 12 US Open Championships and was a 3x Olympic Alternate. After wrestling, Tom was one of the early pioneers of MMA, fighting in Pride 8 in front of 50k Japanese fans. Today, Tom is an assistant coach at Duke.

And then there was one. There is just one final head coaching gig available in Division II right now. The promotion of three-time Division III finalist Bebeto Yewah to head coach at Davenport University means that only Southwest Minnesota State University is without a leader.

USA Wrestling has announced the All-Tournament Teams from the 2021 Junior Women’s National Duals, as well as the 14U Girls National Duals, which were held in Tulsa, Okla. this past weekend.

The University of Pennsylvania's Hall of Fame Head Coach of Wrestling, Roger Reina C'84, WEV'05, is excited to announce the addition of Mark Hall to his staff as a volunteer assistant coach for #TheMovement.

The Drexel wrestling team is set to add a wealth of talent to its roster in the 2021-22 season. The Dragons welcome eight new faces including several state contenders.