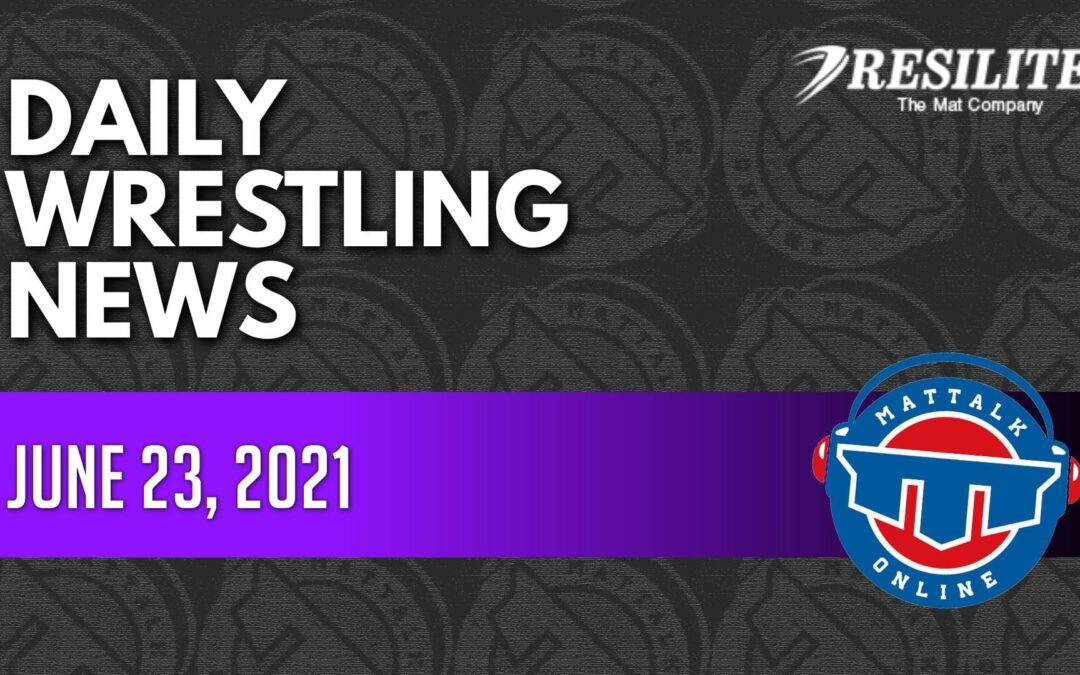 Get the ultimate statistical guide for the USA Wrestling Junior & 16U Nationals in Fargo with the Fargo Almanac at http://www.fargoalmanac.com

NJCAA sanctions against Northwest College wrestling have been eased. College officials announced Thursday that the 10 Trapper wrestlers who used an off-campus sauna in March will not be forced to miss time next year and can instead return to competition.

Many were shocked as another North American woman, Erica Wiebe of Canada, emerged victoriously and left with a gold medal. Fast forward to 2021 and both will be contenders for the top spot on the podium at 76 kg in Tokyo.

The Minnesota wrestling program has taken the early lead in the 2023 recruiting arms race.

The June WIBN Speaker Series featured former wrestler and iconic Hollywood TV/Documentary producer, Jonathan Koch. Jonathan has a fantastic story which includes being one of the first successful recipients of a hand transplant. His story has been featured on many major television documentaries, and you won’t be disappointed when you hear his messages.

Tyler Lawley to Wrestle for UCO Next Season – Owrestle

UCO will be adding an NCAA D2 tournament qualifier to their roster for next season.

Local wrestling phenom Beau Mantanona has made the USA Wrestling Cadet World Team which will compete in Budapest at the Cadet World Championships in July!

Racine Unified School District board members voted to approve the district's contract with the Wisconsin Interscholastic Athletic Association with the addition of girls wrestling as a potential offering.

Parkland sanctions girls wrestling program at Tuesday's board meeting. Head coach Jon Trenge has been at the forefront of the sport's movement. – The Morning Call

It is only fitting that Parkland has a girls wrestling program when you consider all that head coach Jon Trenge has done for years for Lehigh Valley females interested in the sport.

Tokyo 2020 Olympics: Wrestling preview who will be grappling for gold – The Inner Sanctum

While Australia has never won a Greco-Roman wrestling medal, three medals have come from the freestyle event. However, in a sport dominated by Eastern Europeans, Australians have difficulty qualifying for the event.

The United World Wrestling (UWW) on Monday announced the seedings for the Tokyo Olympics in different weight brackets of men’s freestyle.

United World Wrestling has announced top-four seeds for each of the six weights for the Olympic Games in Tokyo. Seeds for Greco-Roman will be forthcoming, as well.

Yesterday, the US Supreme Court issued a highly anticipated ruling in NCAA vs. Alston. The court does not often get involved in college sports, so the case and subsequent ruling received a lot of attention in the media.